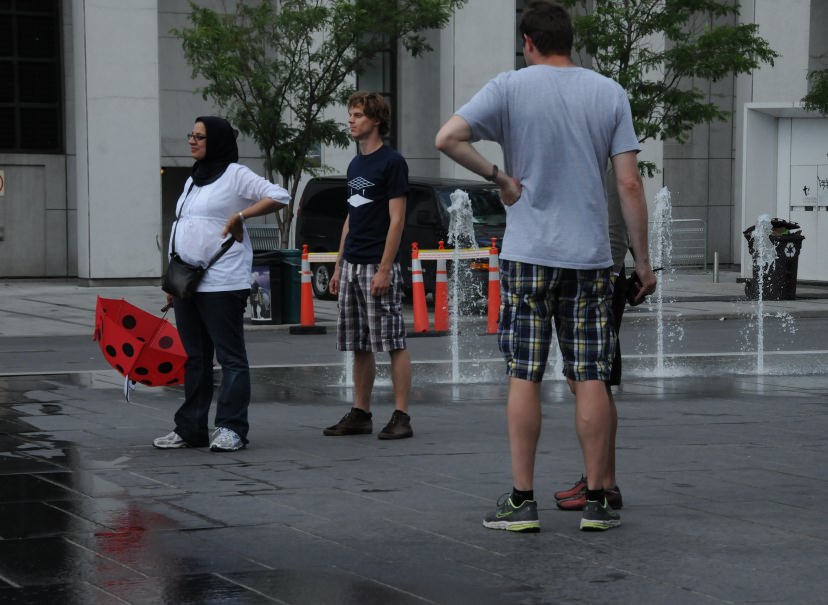 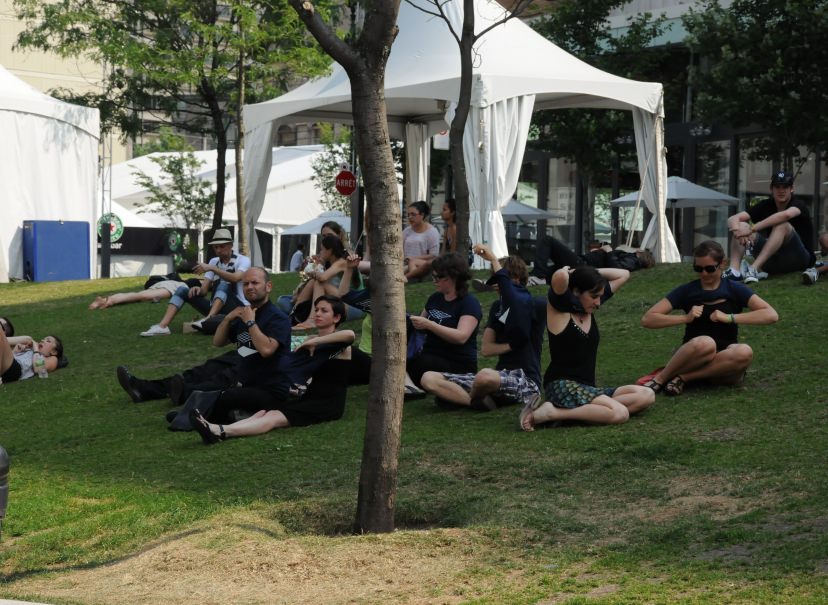 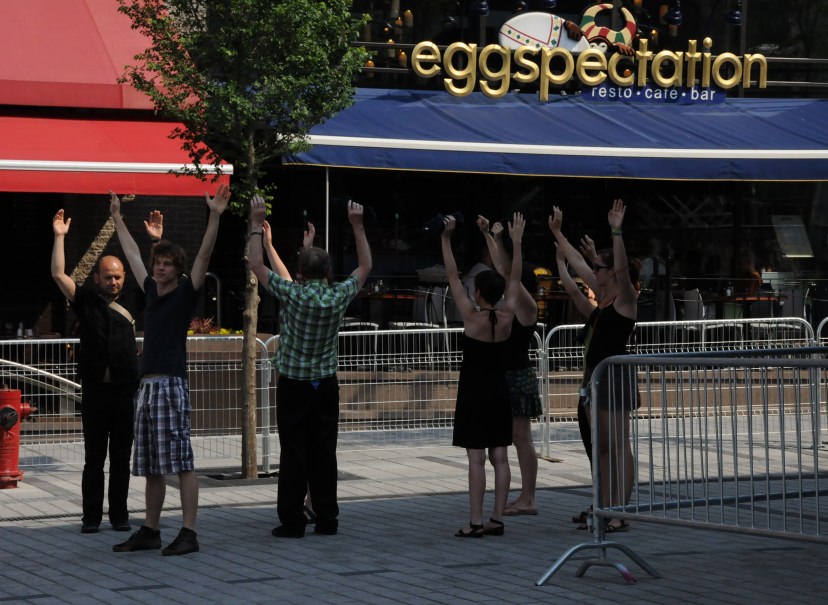 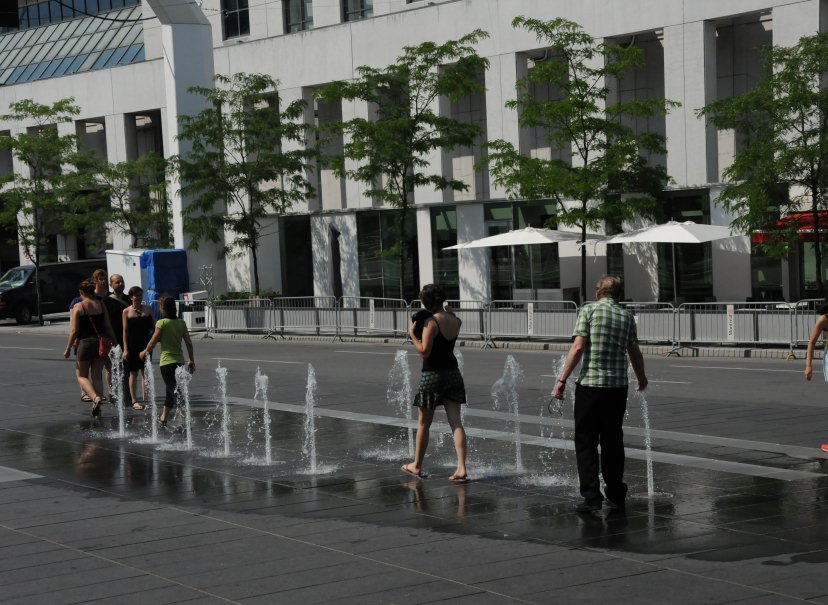 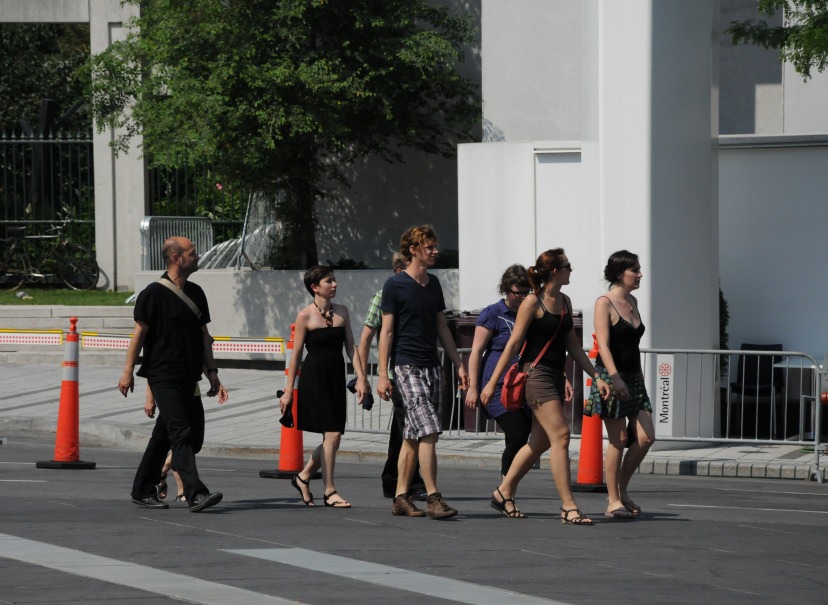 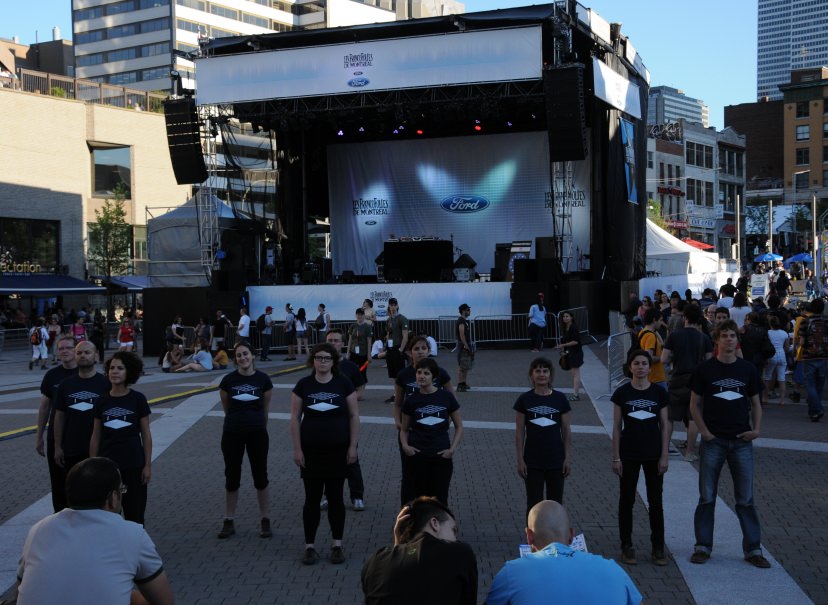 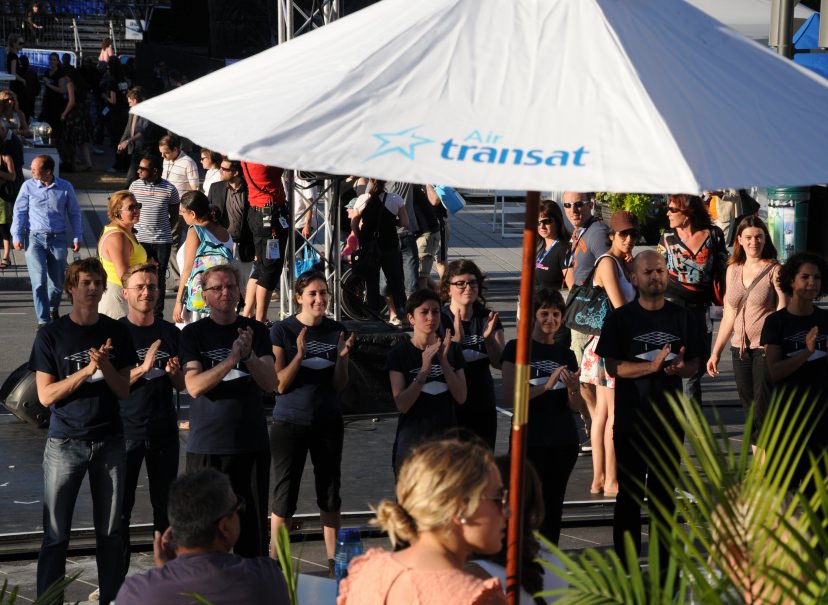 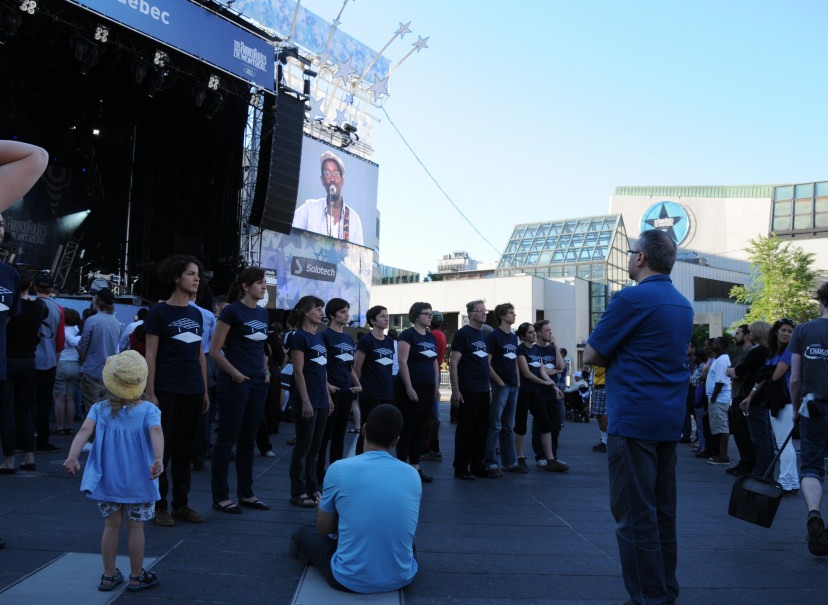 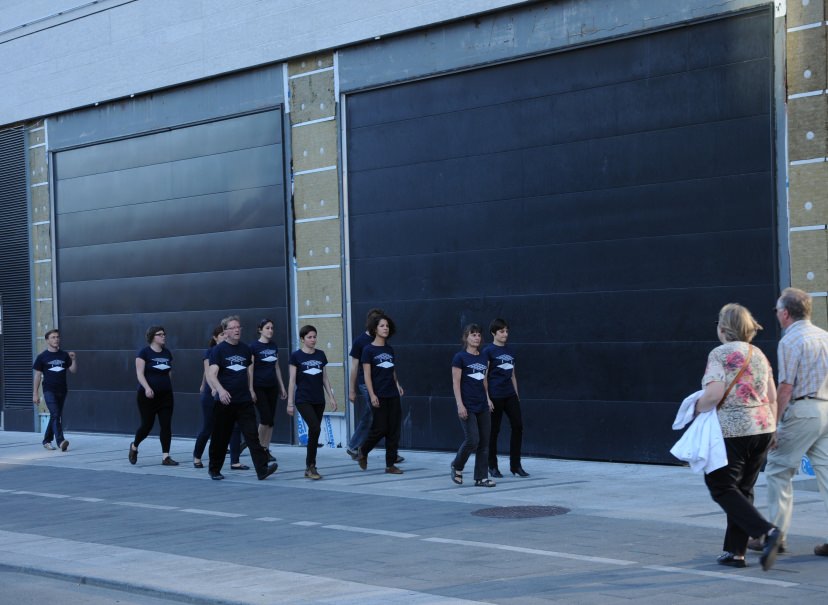 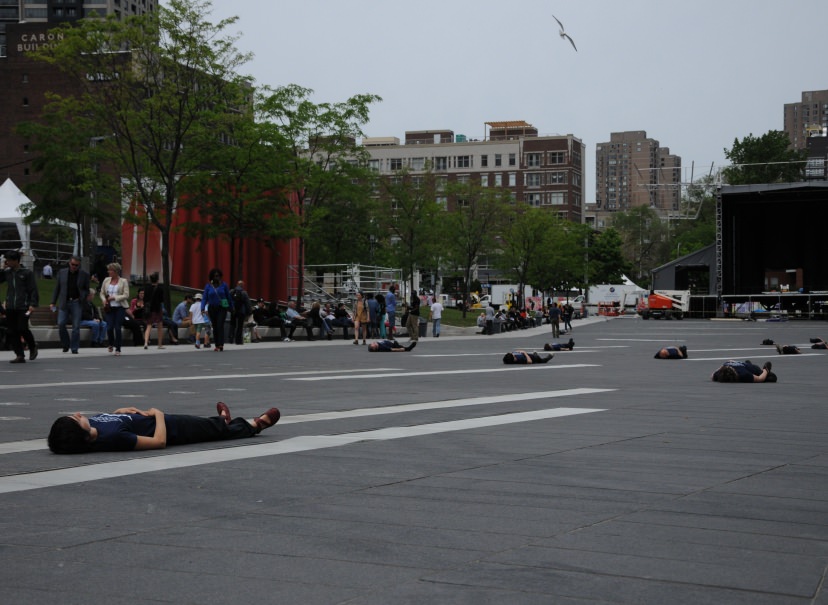 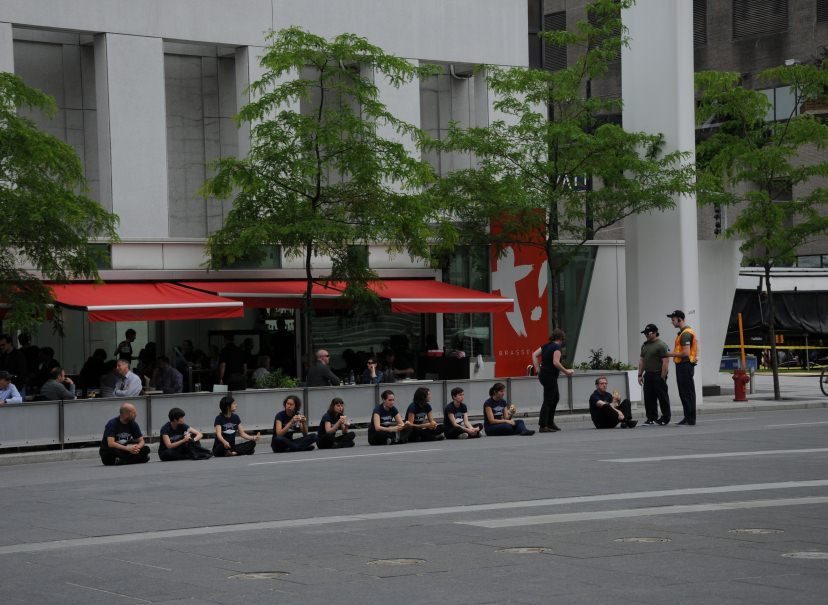 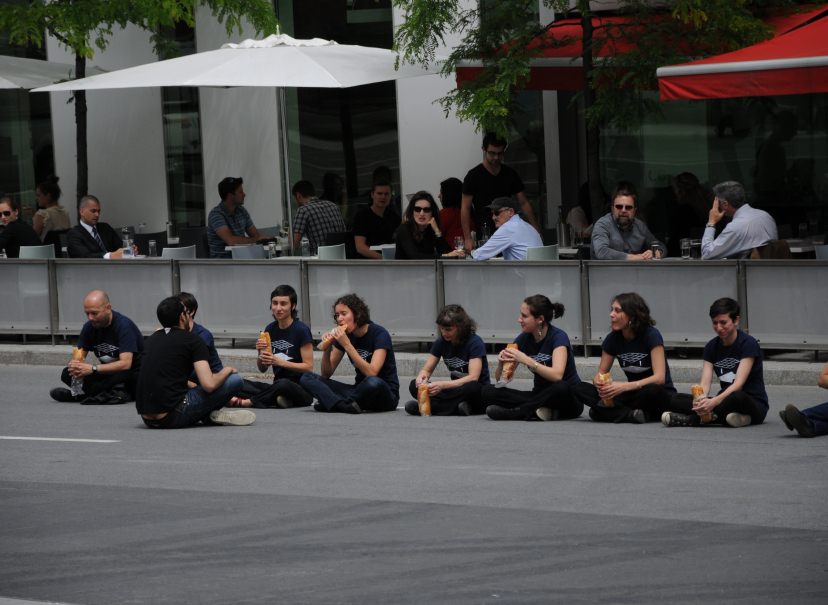 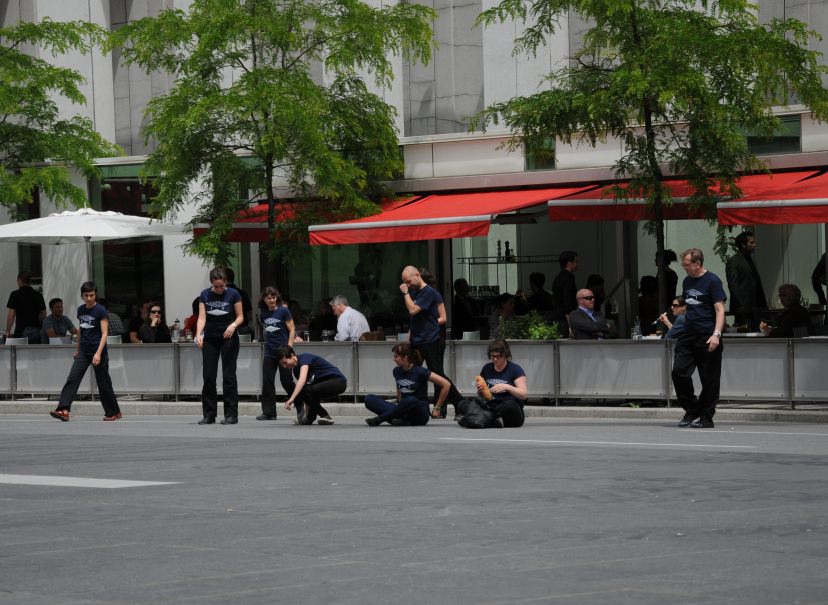 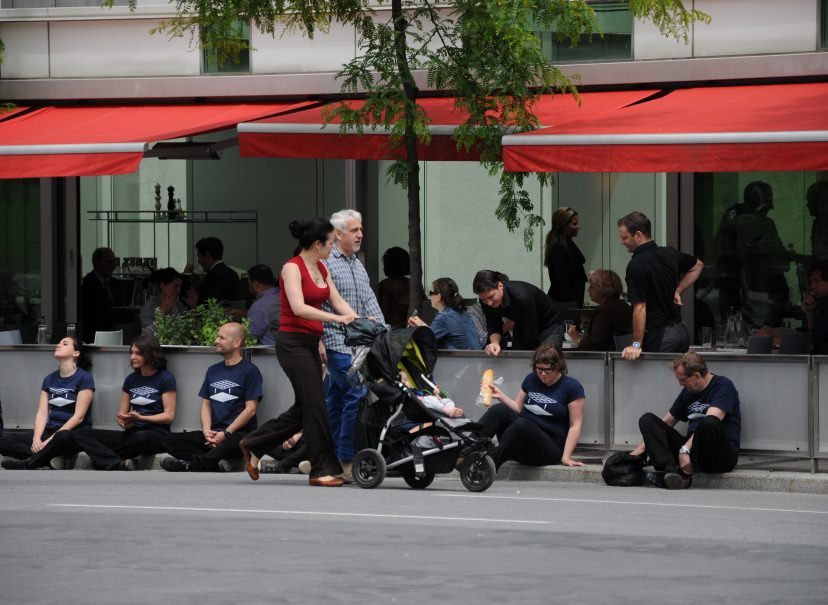 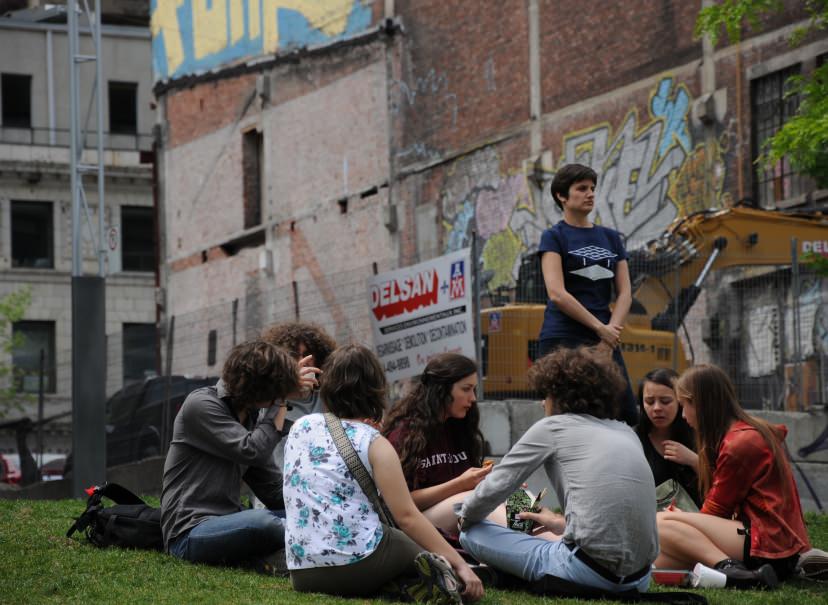 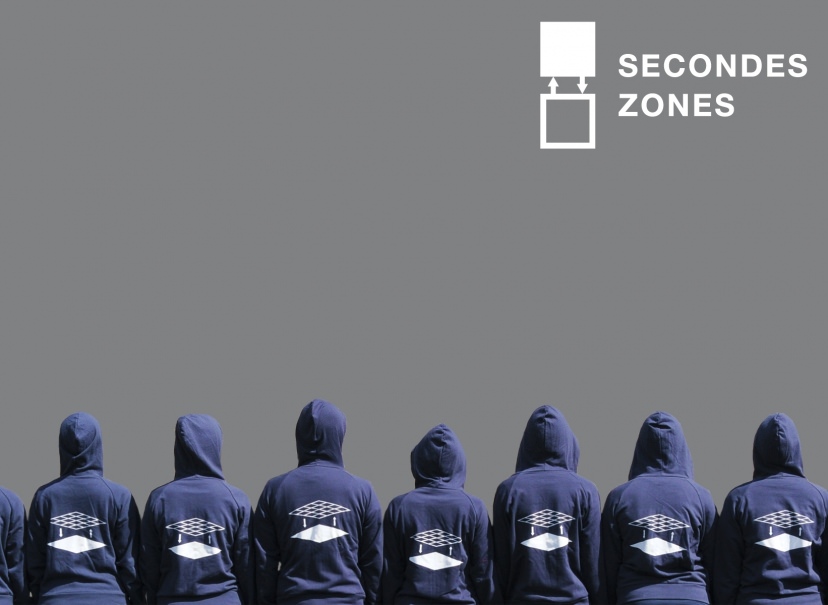 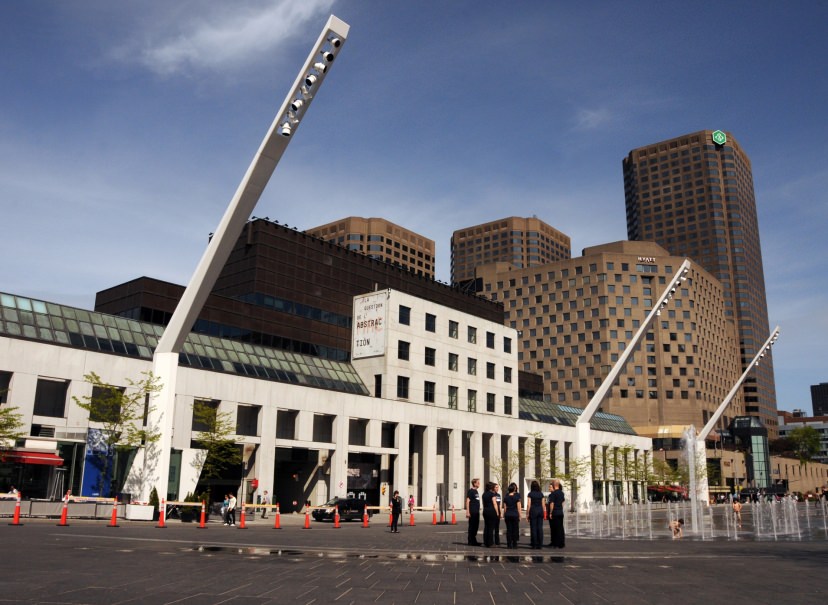 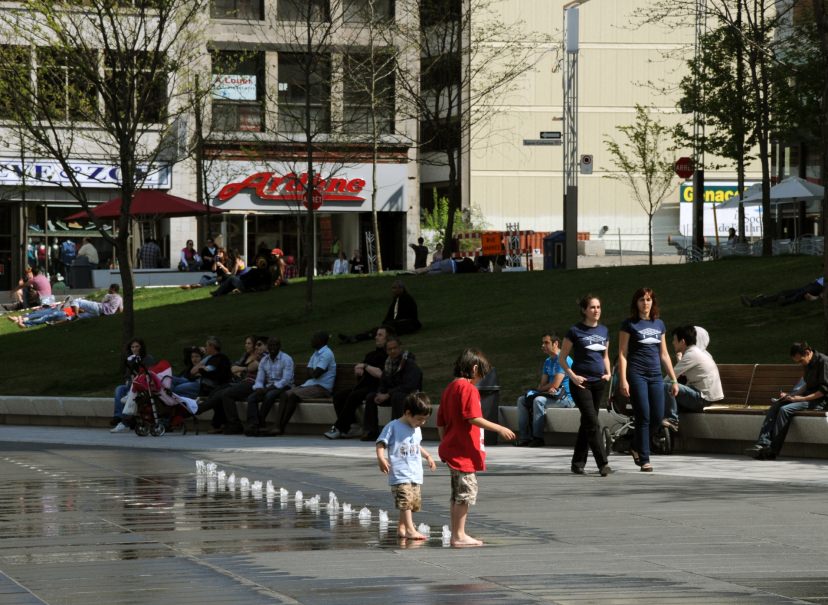 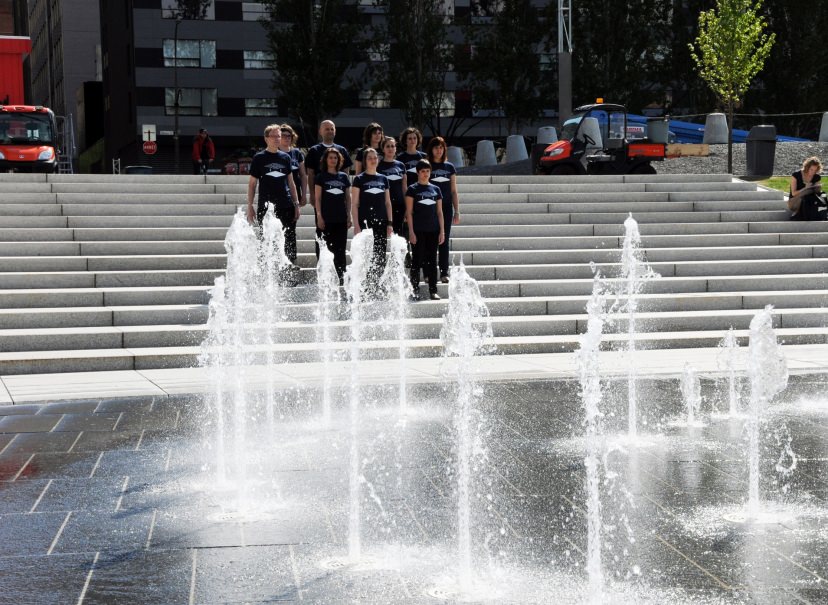 Anne-Marie Ouellet's previous project entitled, FACTION focused on how urban space is gridded in such a way as to control and govern our movement. Using a conceptual and contextual approach, her work blends into the urban fabric and spaces dedicated to art.

With her project SECONDES ZONES she pursues her reflection on uniformity, organization and community as it relates to history and the role of public space. As though conducting a lab, she observes, plans and experiments with group movement within and occupation of public space.

SECONDES ZONES is a platform implemented to experiment with the use of public space—in this case the Place des Festivals. Based on the premise that the transformation of public spaces into public venues should give rise to questions about the free use of these areas and about the margin between spectacle and non-spectacle, these actions, at times choreographed, at other times improvised, attempt through their "anti-spectacular" nature to transgress the designated function of locations intended for mass entertainment and the expectations of the people therein as regards their legitimate use.

The group, made up of volunteers recruited by means of public announcements, will have the opportunity to experiment making use of the Place des Festivals and vicinity. The uniform worn by participants (made up of a T-shirt and vest) will serve to identify and unite them into a single entity during the actions.

To follow this project as it unfolds, see: www.secondeszones.blogspot.com