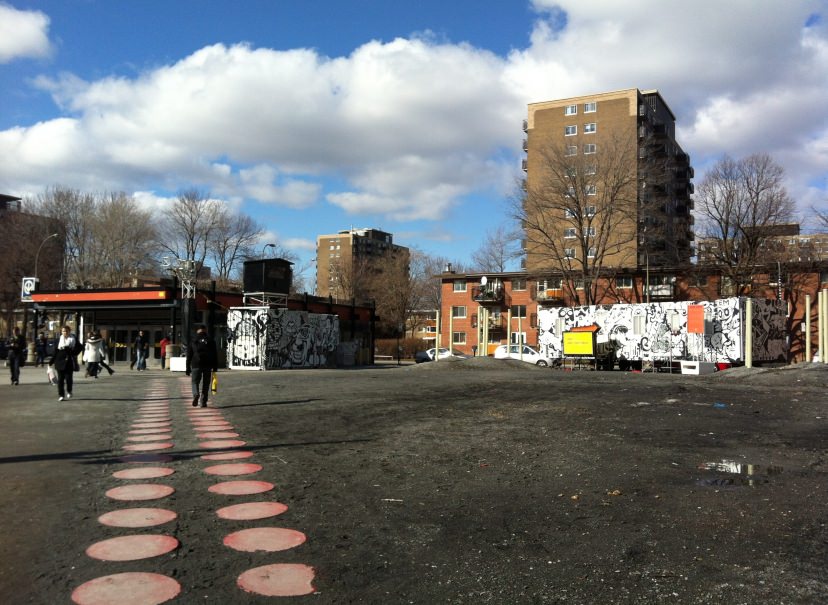 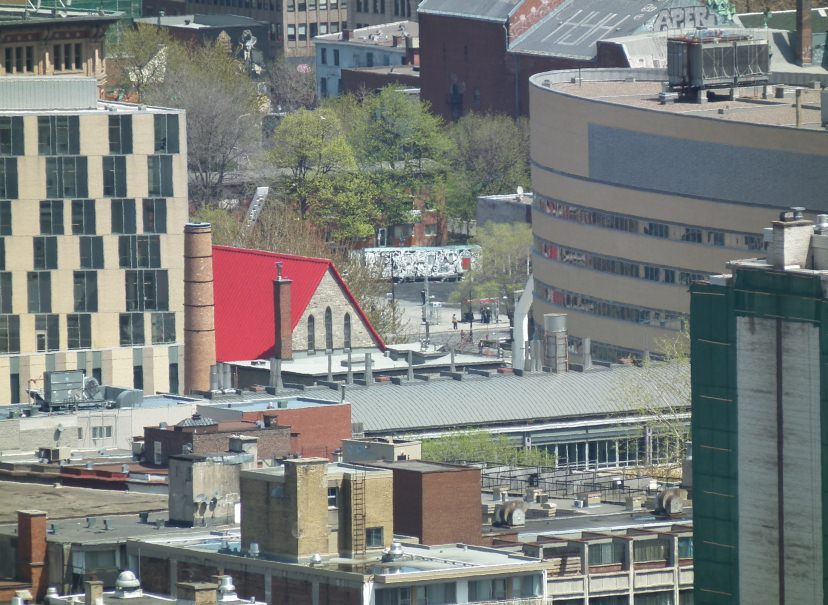 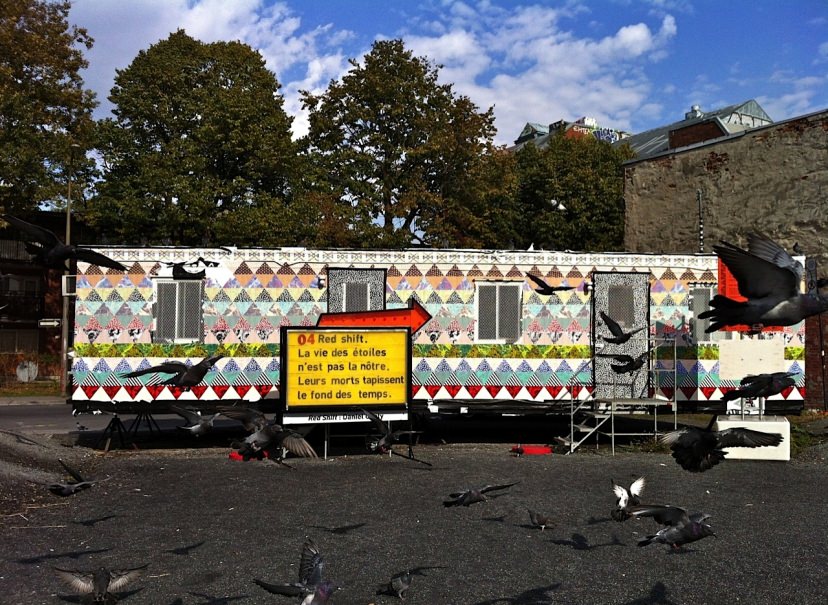 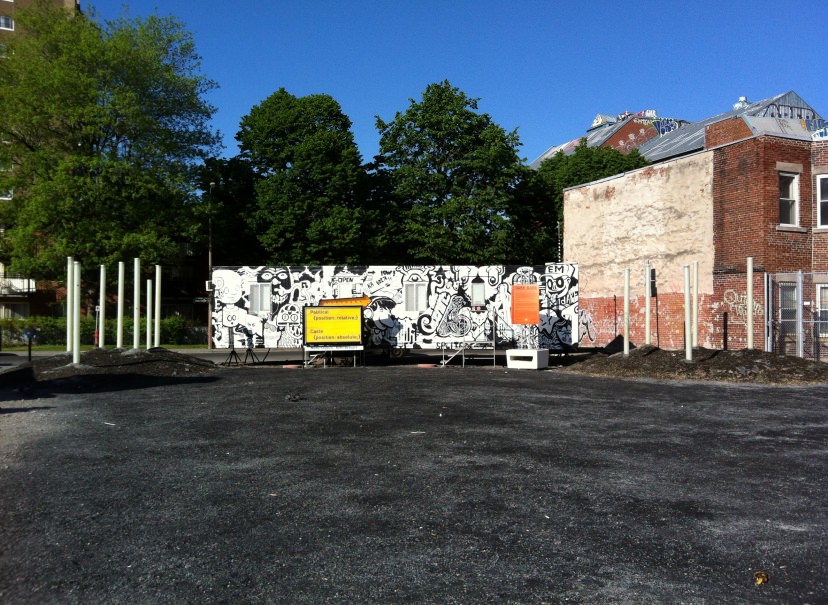 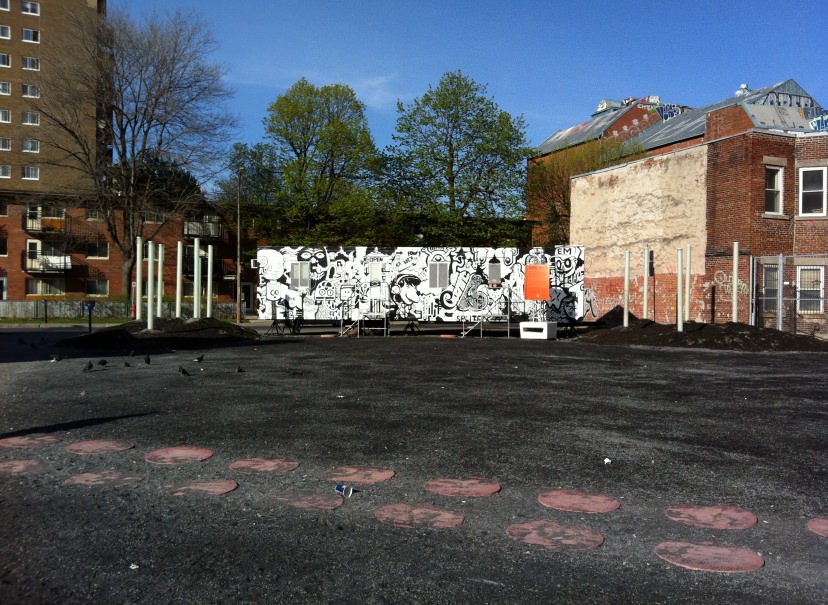 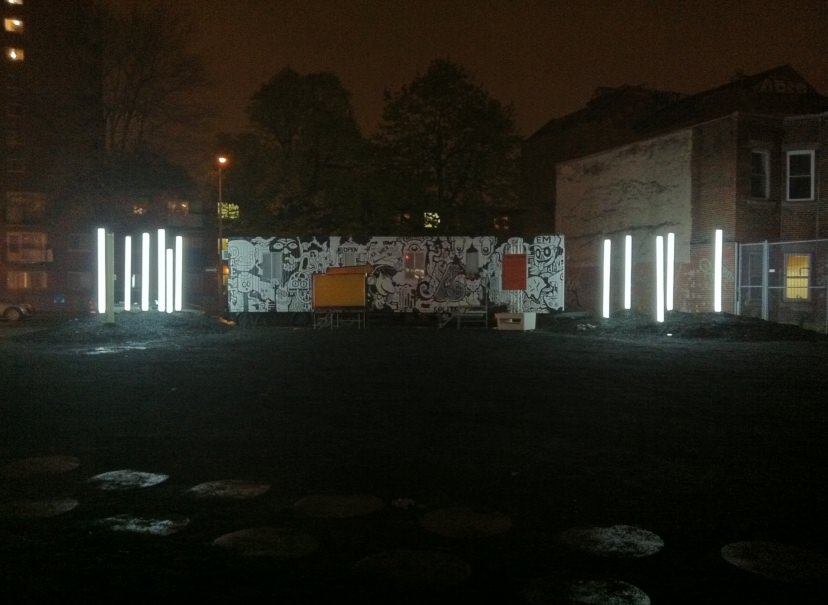 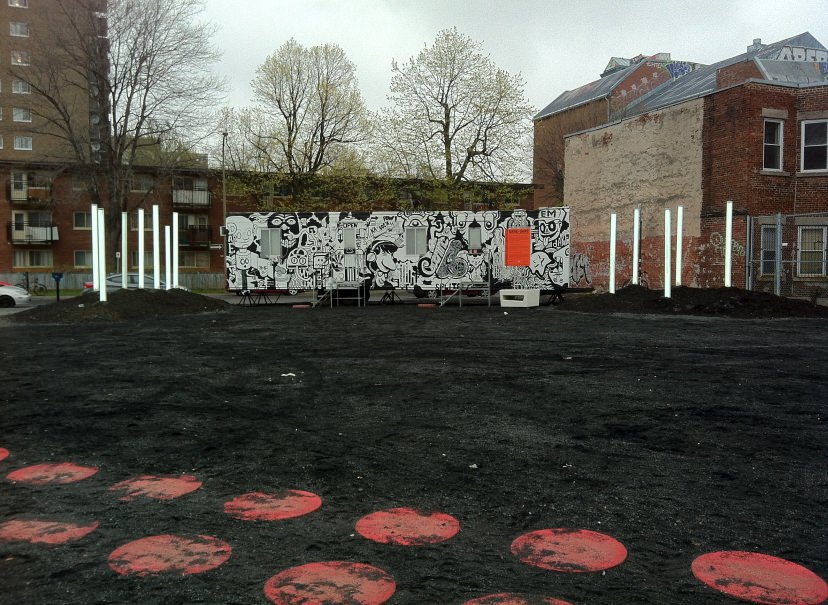 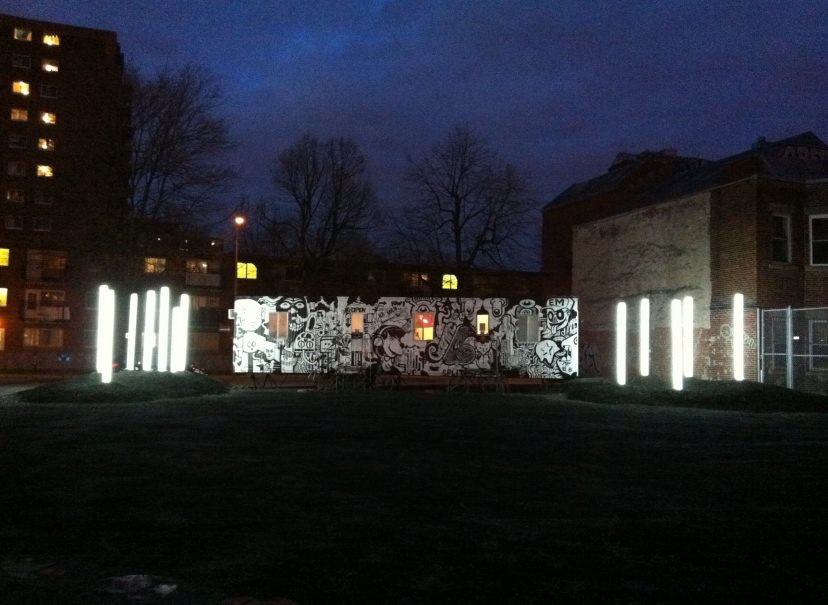 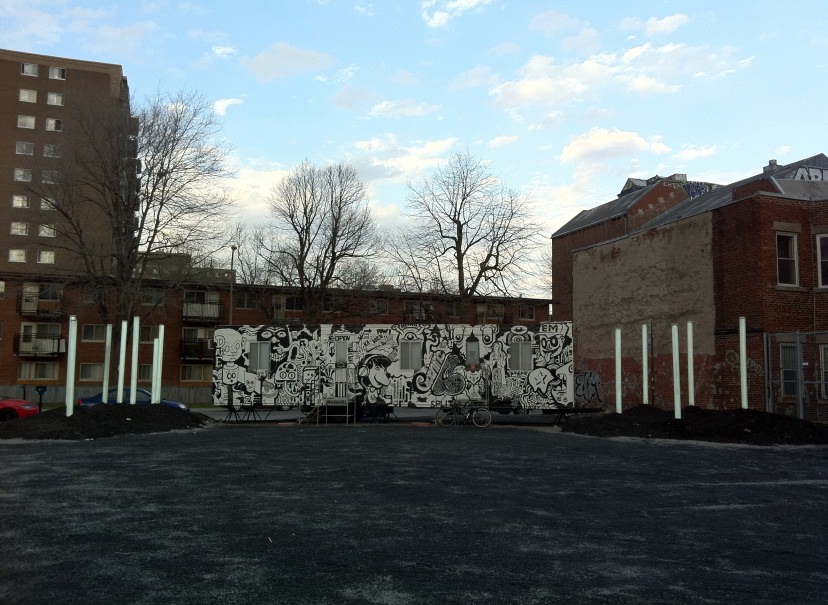 On March 30, 2012, DARE-DARE get to St-Laurent metro space, in the heart of the Quartier des spectacles.

With Dis/location: urban articulation project, DARE-DARE has established a framework for research and dissemination of public and contextual art practices. This urban exploration is carried out by successive moorings in places of the city of Montreal which bring rich social and political reflexions. Since 2004, the mandate of DARE-DARE has been to promote interventions taking place in the urban environment, through performative and installation works that infiltrate the public space.

After having occupied Square Viger from 2004 to 2006 with the first installment of Dis/location: urban articulation project, as well as a vacant lot on the border of the boroughs Le Plateau-Mont-Royal and Rosemont-La-Petite-Patrie from 2006 to 2008 as part of the second phase, the center began its third phase at Cabot Square from July 2008 to August 2009. We completed the fourth mooring in the Quartier des Faubourgs near Walter Stewart Park on March 30th. latest.

Photo credits: Michel Blanchet (taken from the belvedere of the Mont-Royal chalet) and Stephane Cocke (wrapping of the trailer in September 2012 by Dominique Pétrin)