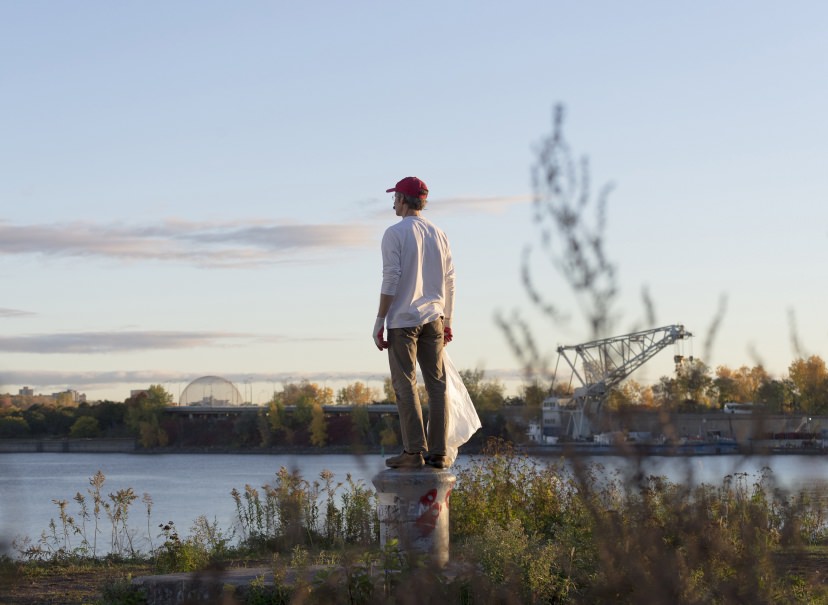 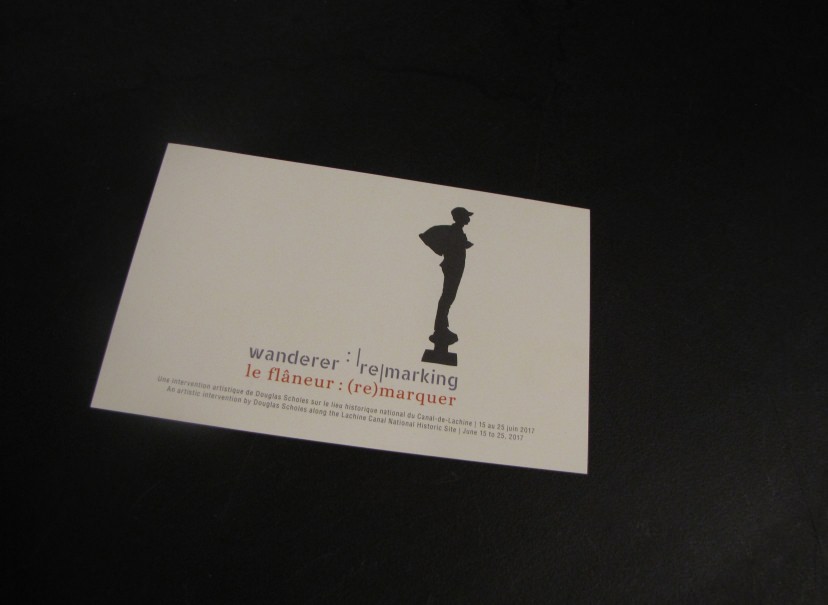 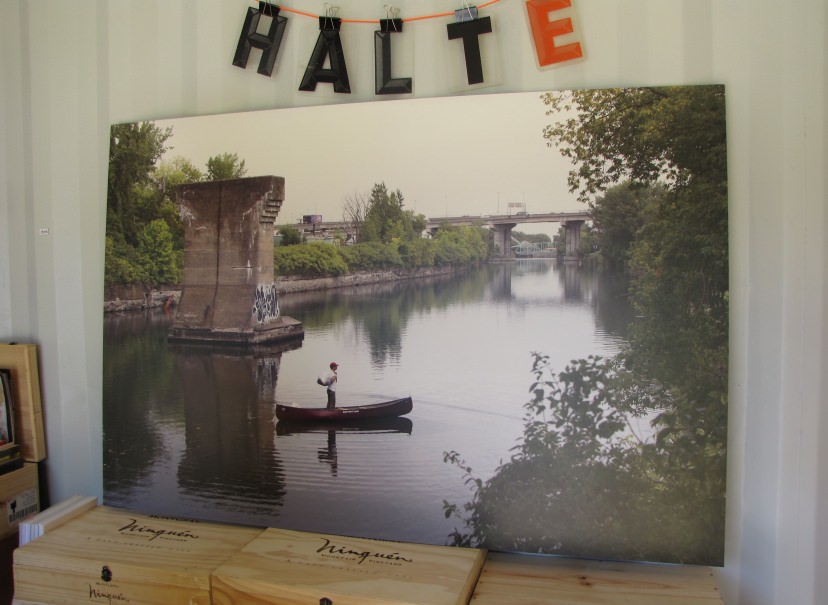 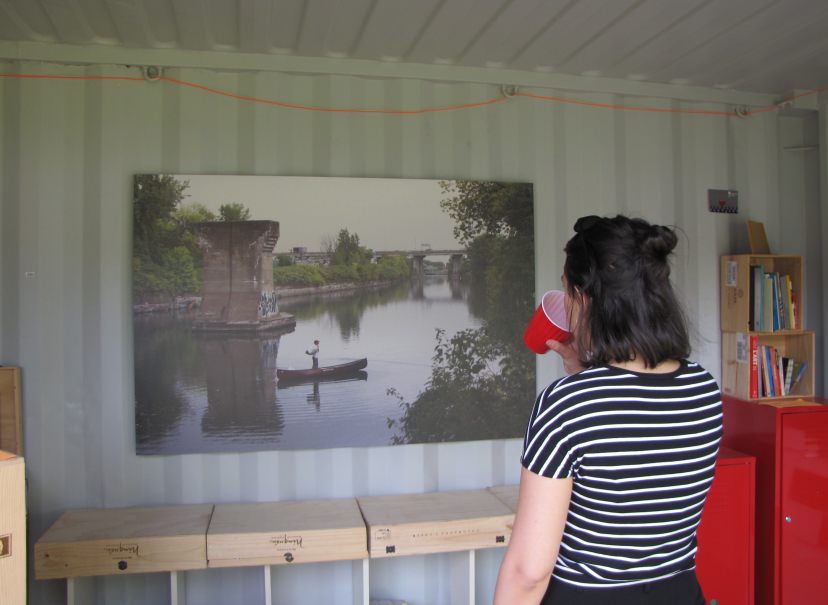 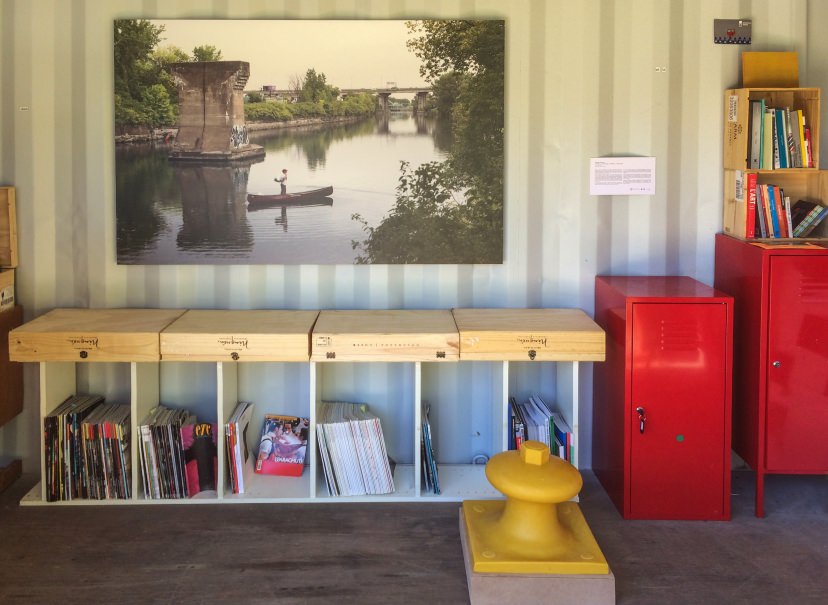 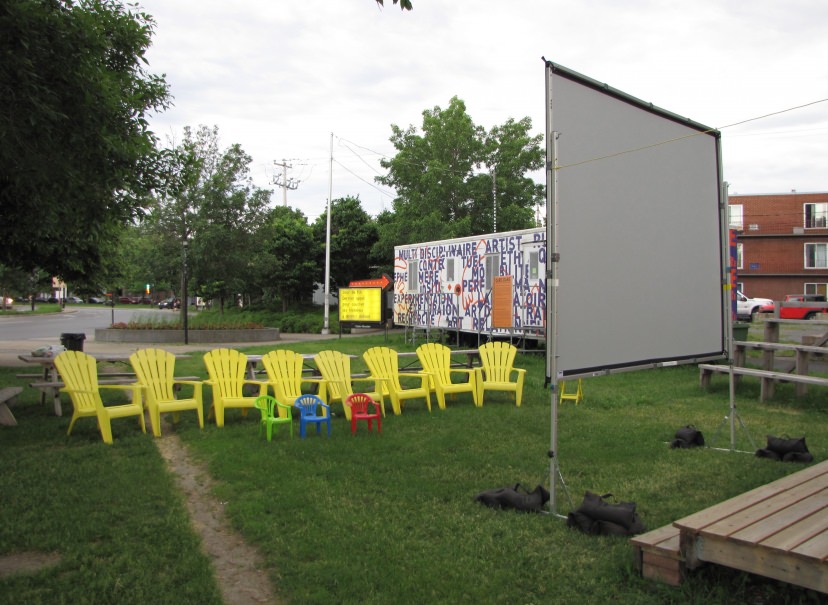 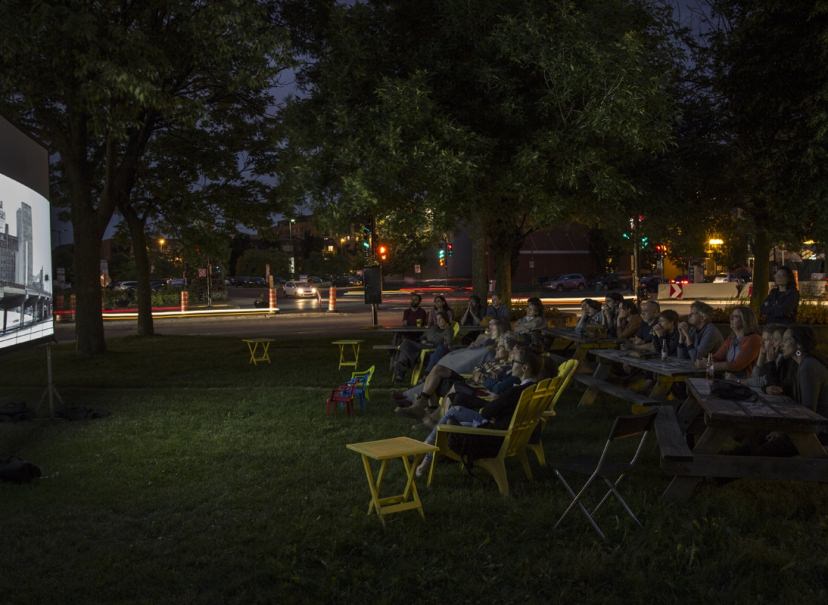 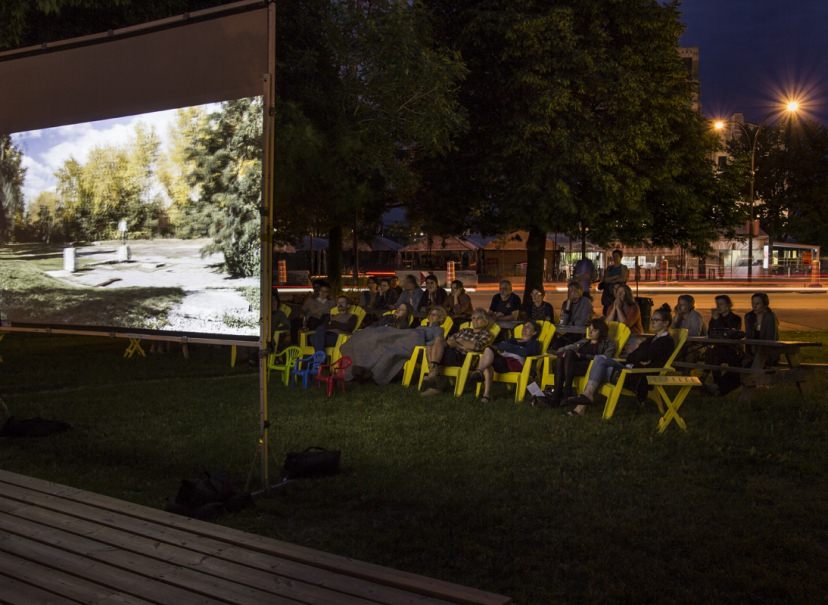 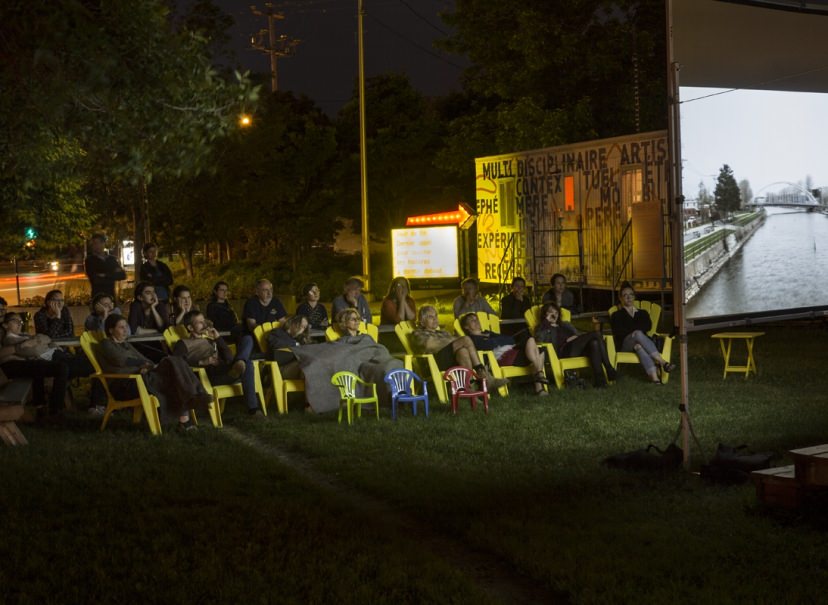 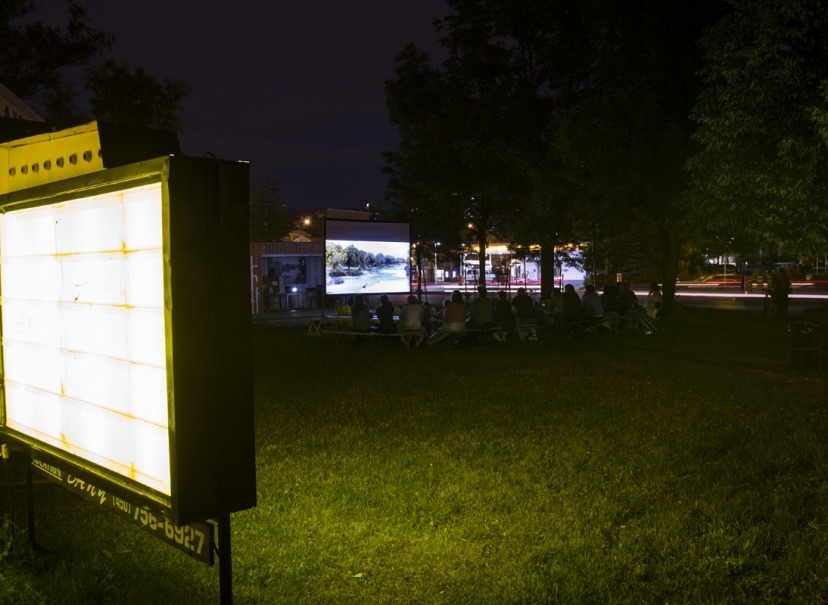 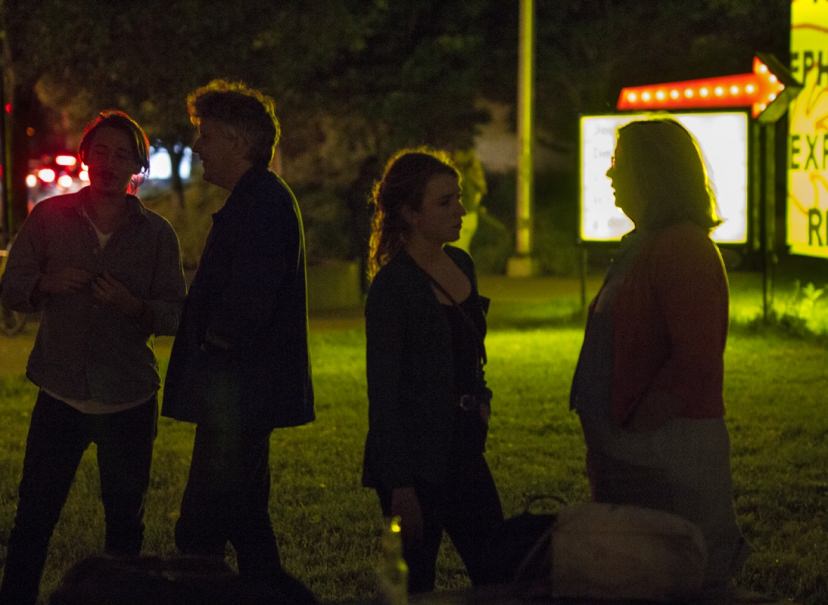 Outdoor video projection followed by a discussion with the artist and the curator (Véronique Leblanc): June 15, 2017, 9 PM (The event will be postponed to the next day in case of rain.)

At the HALTE - Pavilion of reference and reflection on art in the public space, DARE-DARE

** Bring your folding chair or blanket **

Wanderer: (re)Marking approaches the Lachine Canal as an entity, seen through the eyes and actions the Wanderer, a character created by the artist Douglas Scholes.

As this character, Scholes performs a series of walks and interventions within the Lachine Canal National Historic Site, in response to the environment, the history, and to the current and imagined realities of the canal. The Wanderer walks, performs maintenance activities, and draws attention to certain objects on the site, including bollards, vestiges, train tracks, and construction sites, inviting us to observe the changes that take place over time. Scholes’s actions, performed over four seasons, were recorded in order to produce videos, in collaboration with Les Best Boys, and a series of photographs that reveal a narrative about the Wanderer’s presence along the Canal. Beeswax sculptures of bollards and buoys installed as ephemeral markers on the site refer to notions of habitat, community and labour, establishing a relationship between nature and culture in a landscape marked by history of working class and industrial heritage.

In order to further reveal the layers and voices of the Canal, Scholes invited a number of contributors: composers Atobop, writer Daniel Canty, sound artist Christian Carrière, and visual artist Felicity Tayler who have created, respectively, a musical piece, a book, a soundscape, and an alternative tourist map of the canal.

landmarks2017.ca
Web site of the artist