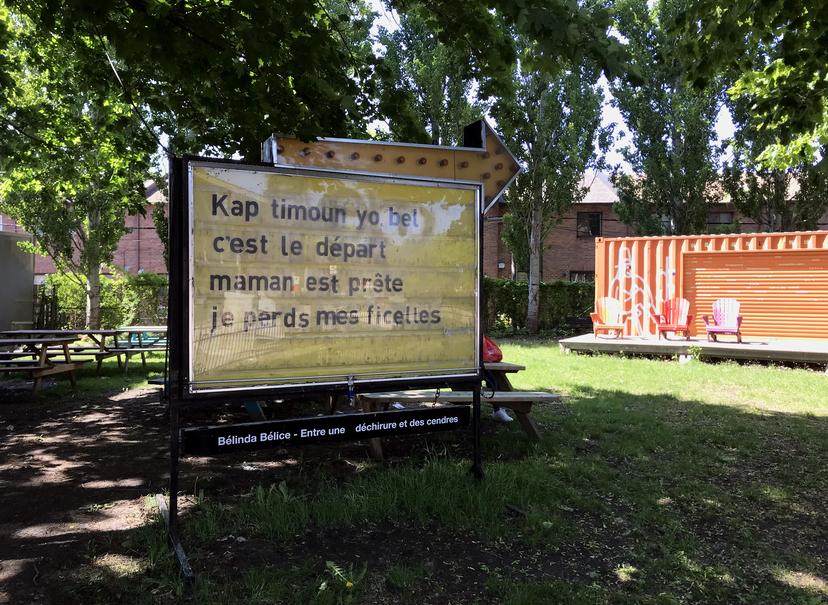 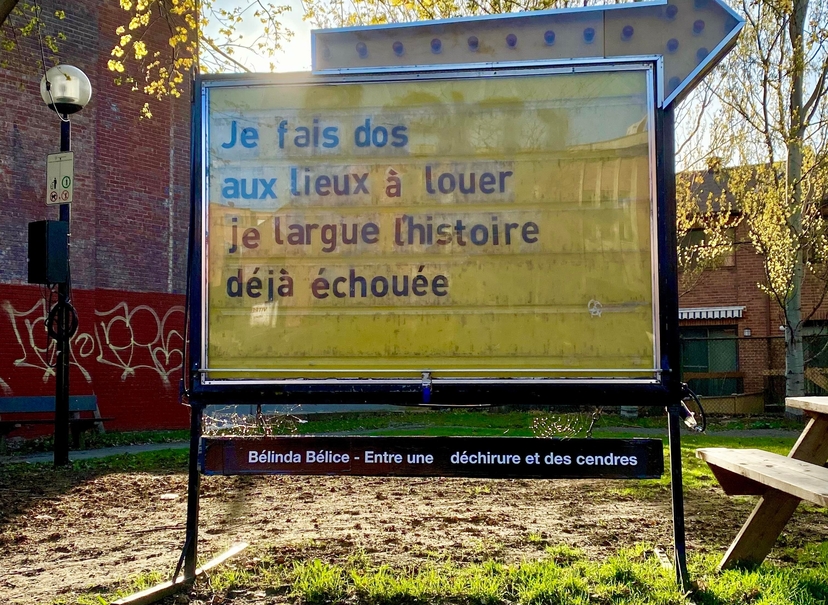 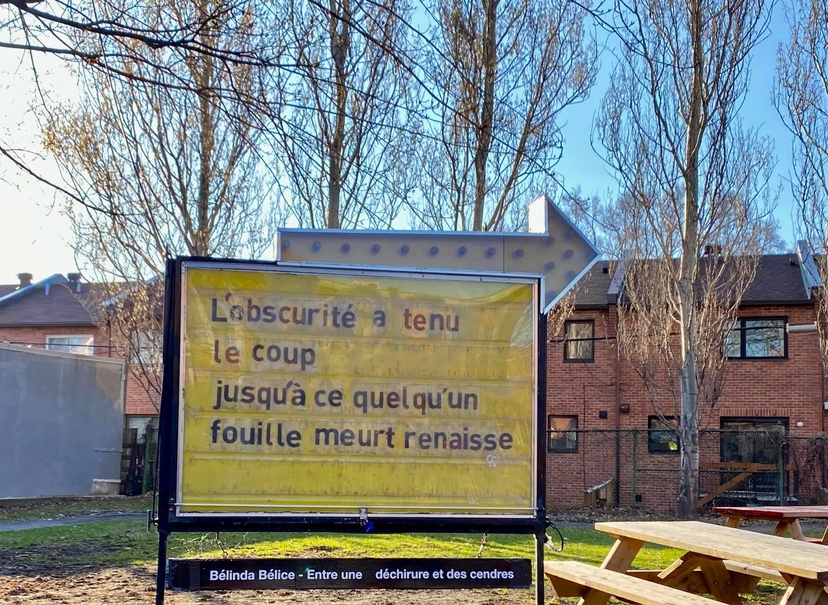 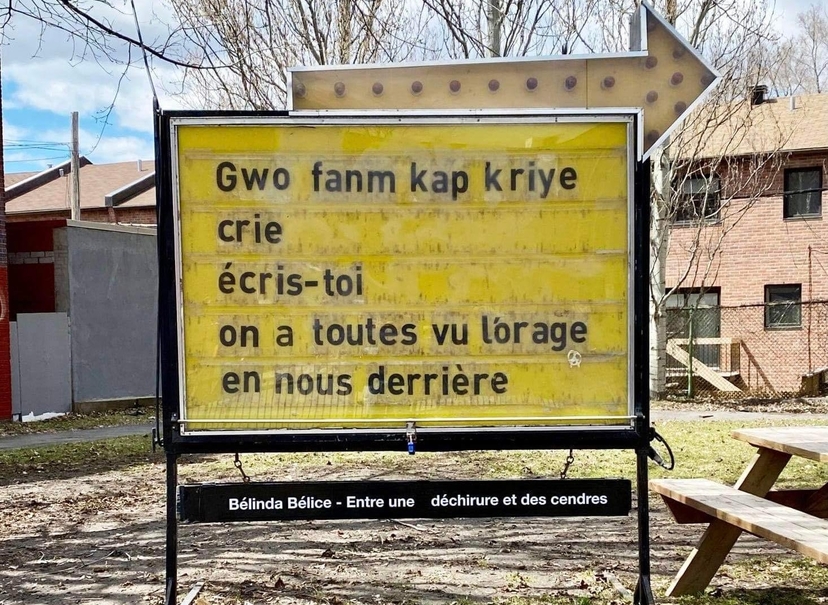 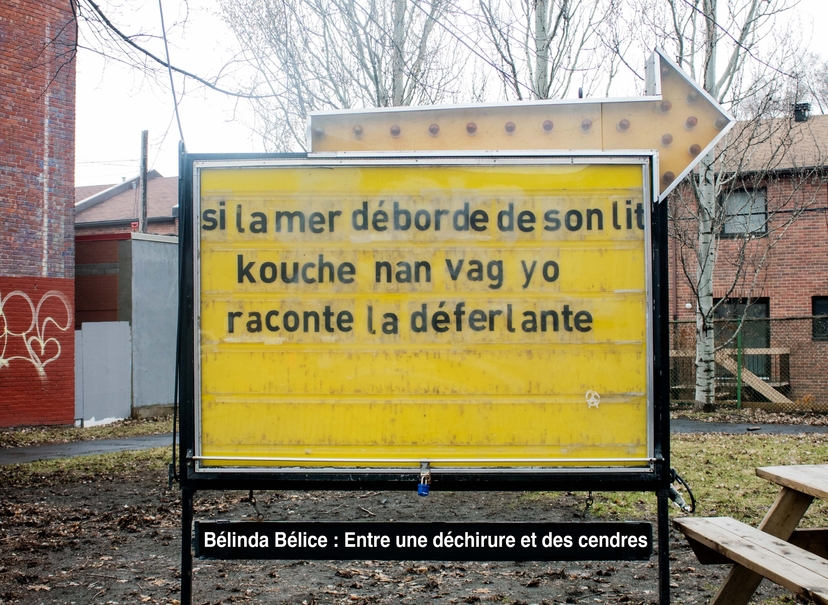 Bélinda Bélice explores the corporeal dimension of the voice by playing with the language registers and the form of the text. Her poetic project is about parading the family stories that we inherit despite ourselves, and all the other ones that we get to pick up during our lives. By carrying out this work of reweaving, the body begins to wander wherever it wants, and the voice can seek to inhabit itself. It is to burn all that assails us, to say since one dies. Through the blending of French and Haitian Creole, these poems attempt to deconstruct the family heritage that one may or may not accept, that is part of oneself, to abandon beliefs that have never been questioned before. It is a new path to take, to go beyond one's home and decide not to return.

I like the characters' speech to be one with the story. Writing and poetry allow me to exist, to fight. "Poetry is what is said, is", as Gaston Miron says. It is like looking at the possibility of being reborn. By consciously exposing women's bodies and voices in my writing, I give them back the space they deserve.

Bélinda Bélice is a poet, writer and musician based in Montréal/Tiohtiá:ke. She holds a master's degree in French-language literature (research-creation) from the Université de Montréal. She is interested in staging the female voice, and women's bodies, especially those of black women. Active on the Quebec music scene, she forms the soul/world music duo (Haiti), Bel and Quinn, with her sister and jazz guitarist, Christina Bélice.