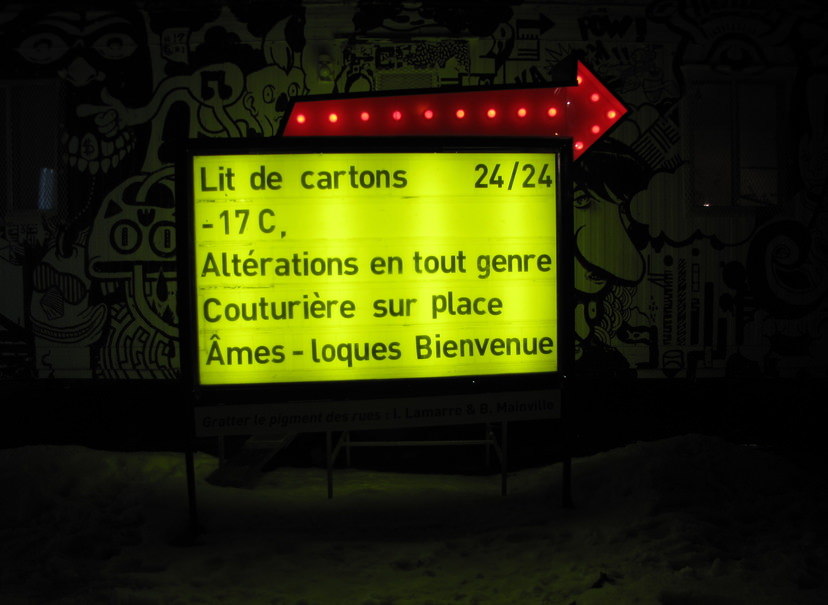 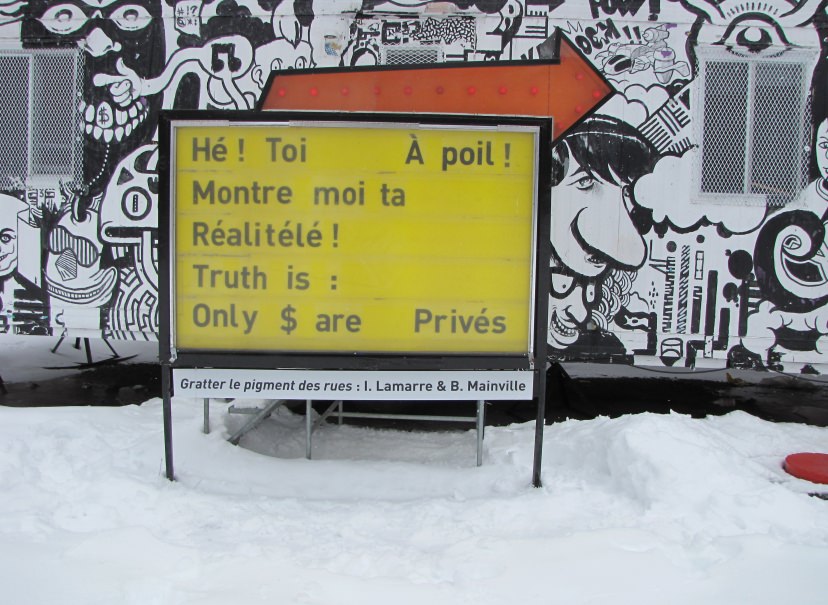 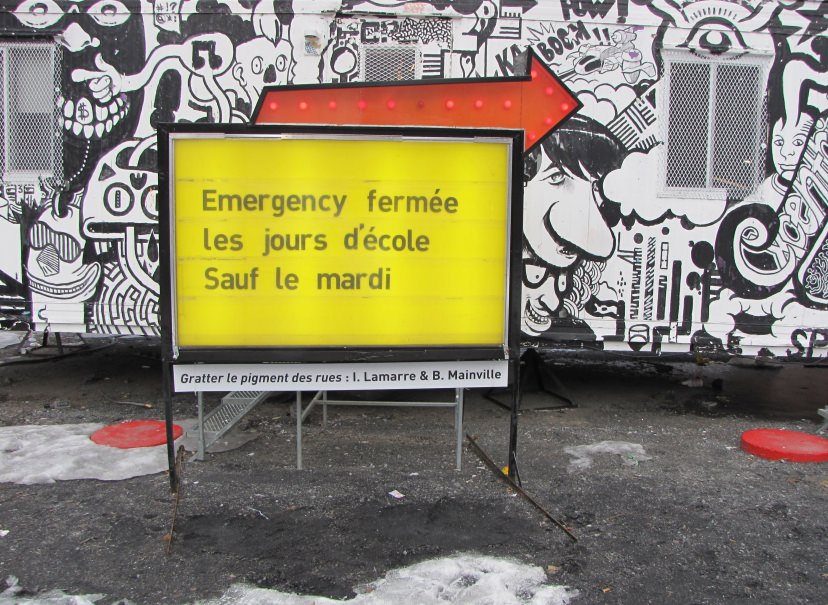 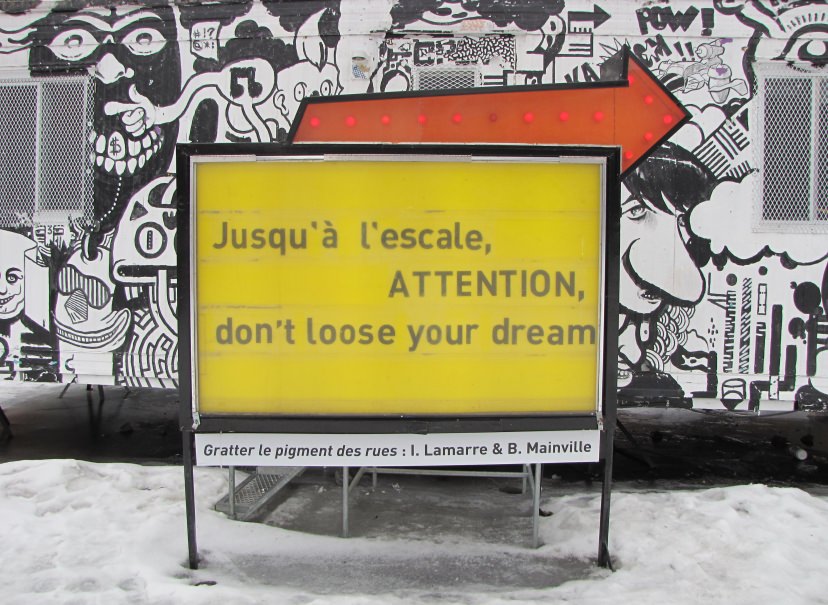 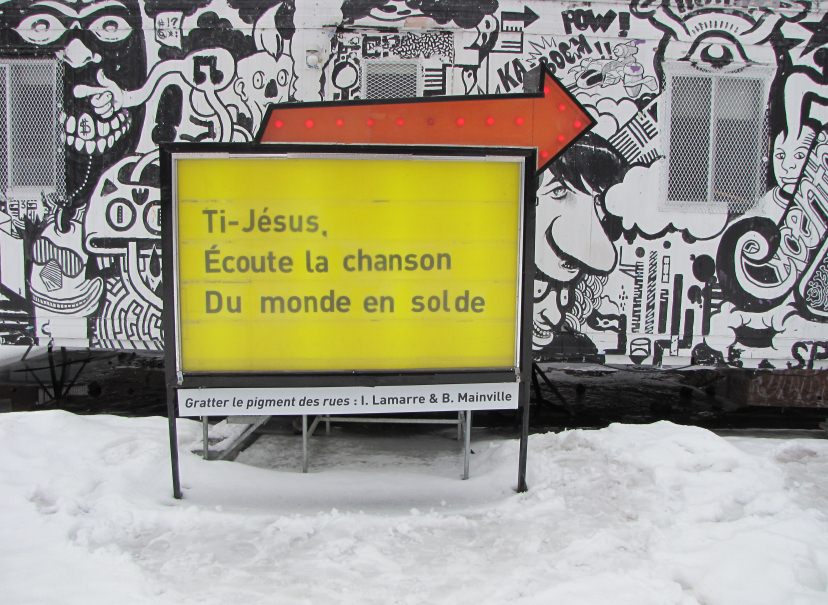 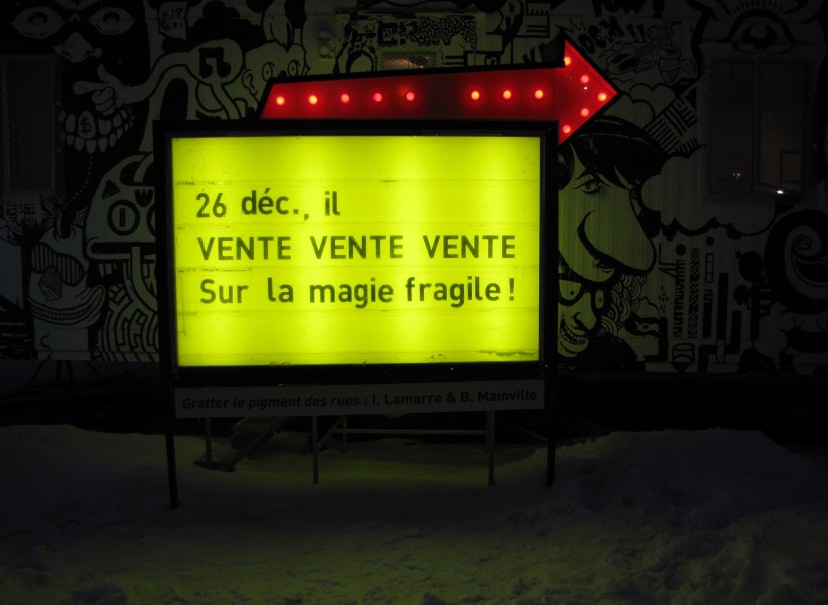 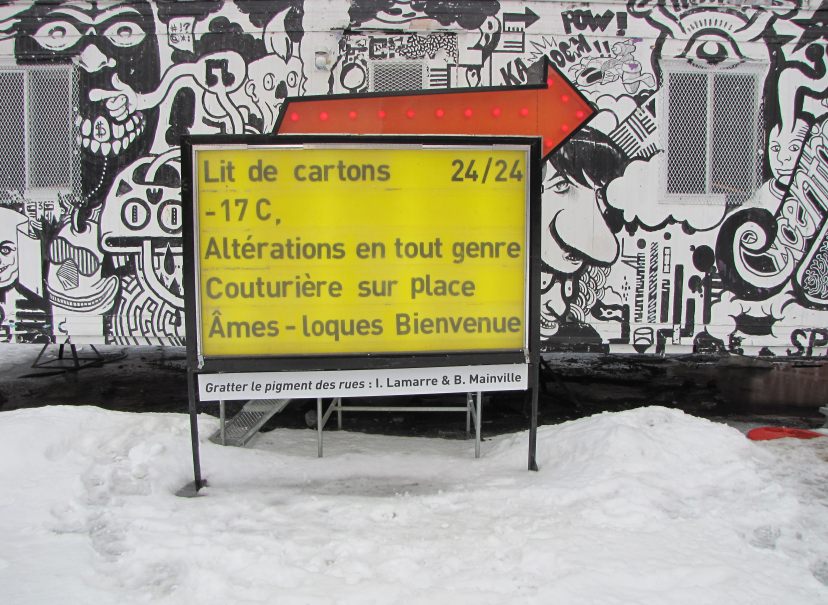 The project in a few words

To sharpen our senses, lace our shoes, and take to the street. Listen, breath, throb, and rustle through city. Collecting our words. “Belle Gueule”, “Jours d'école”, “King”, “VENTE VENTE VENTE”, “silence”… The words of the city are everywhere, within civic order and human disorder, they unfurl.

In the end, to display the resulting texts where they were born, in the city, to reclaim their place in the gr and symphonic urban chorus.

The artists in a few words

Bruno Mainville studied art history and visual art (Concordia University and University of Montreal). He subsequently became a lamp-maker for a few years; inventing and building metal and paper lamps. Many of his designs were exposed in fairs and galleries in Montreal and Toronto. After having completed a master degree in literature at the University of Montreal in 2006, he now spends half of his time teaching literature and the other half painting.

Isabelle Lamarre was born during a snowstorm. At five years old, she practiced motocross. At ten years old, she dreamed about exploring Tierra del Fuego. At twenty, she started literary studies, which went on to become puppet studies, and then became studies in translation. Today she translates to pay the groceries and spends the rest of her time writing, and constructing metallic beasts, of which she has a collection of mythical fables and stories. Her writing is composed of stories that juxtapose myth and reality, and in which the unknown adjoins the known. Using all of her senses, she spies on her subject for a long time, tracks it, and coaxes it out. Her writing mixes registers, rhythms and perspectives, and is attuned particularly well to the sweet nothings that make the magic of the world.

Her universe can be visited at L’Observatoire [http://lobservatoire.overblog.com].