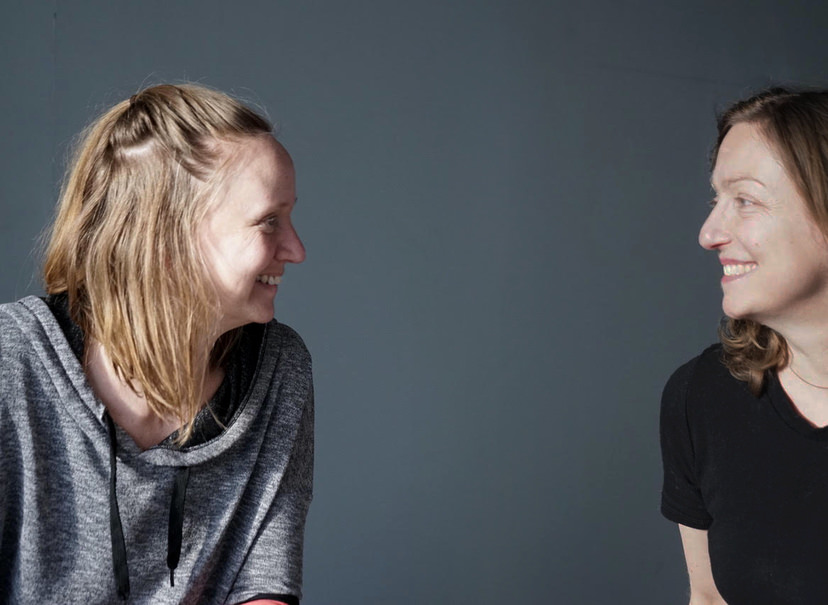 Two creators got in dialogue with each other. Two paths, two artistic approaches — one conversation. A bare thread is revealed between life, practice and work of both. Together at a pivotal moment in their respective journey, Jennifer Alleyn and Raphaëlle de Groot propose to suspend time to dive into a biographical research and identify material to share. Through this double portrait exercise, they explore different observation processes. But above all, they question the free spirit that drives them and what freedom is involved in creation.

Opening the doors of this temporary workshop, they bring us to a common experience.

What would you share about yourselves?
An object? A letter ? A tool ? A question?

Atelier ouvert took place with 40 participants from January 29 to February 6, 2021. Here are assembled project excerpts chosen by the participants.

Jennifer Alleyn's interdisciplinary practice takes the form of films, videos, installations and photographs. Since the late 1990s, we have seen her work regularly in Quebec and abroad. The exploration of the relationship between reality and fiction appears implicitly in her research. She is also interested in the creative process and she made it the subject of several projects. Her works have been awarded in major festivals, but also disseminated by major Quebec institutions. After L’atelier de mon père and Dix fois Dix, in 2018, she created the film Impetus, which intersects with self-fiction and cinema-truth. For this film, which pushes the boundaries of the hybrid form, she receives the Prize Création 2019 awarded by l’Observatoire du cinéma au Québec and the Faculty of Arts and Sciences of the University of Montreal for "her exceptional contribution to Quebec cinematography. ". She holds a bachelor's degree from Concordia University (1991). She lives and works in Montreal.
Website

Raphaëlle de Groot is a Quebec artist who lives and works between Montreal and Orsigna, Italy. Her works have been presented over the Canadian and international scene for more than twenty years in numerous exhibitions and events including Paris Nuit Blanche, Momenta | Image Biennial in Montreal, also the San Diego Art Institute, the Venice Biennale and the Cultural Festival of Mayo in Guadalajara. Her artistic practice is being developed around the notions of mobility and meeting. Interdisciplinary and performative by nature, it emphasizes the process, duration, participation and collaboration of individuals and communities. Raphaëlle graduated from the School of Visual and Media Arts at the University of Quebec in Montreal (MA, 2007), and she received several distinctions including the Sobey Prize for the Arts in 2012.
Website

March 20, 2020
Engendering bio-graphisms, or: know/witnessing one's own (hi)story to create other ones (a text on Jennifer Alleyn and Raphaëlle de Groot)