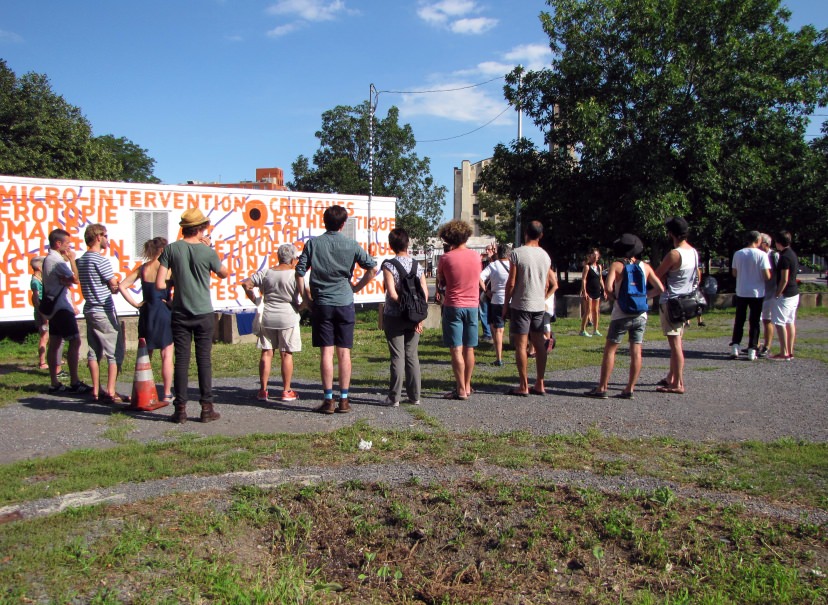 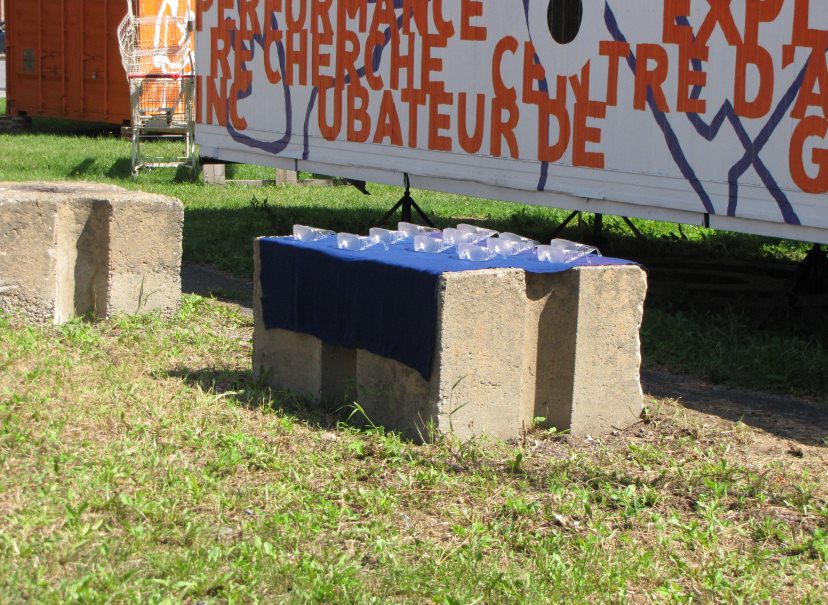 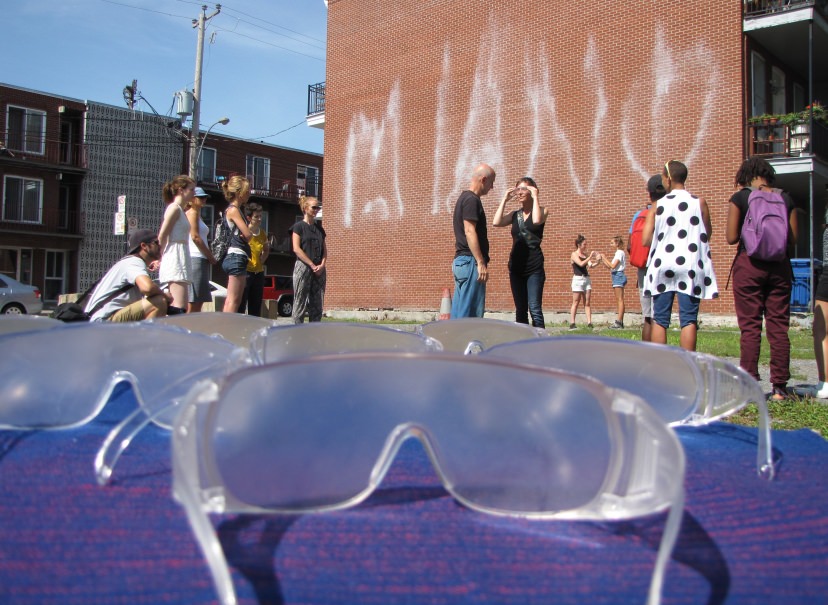 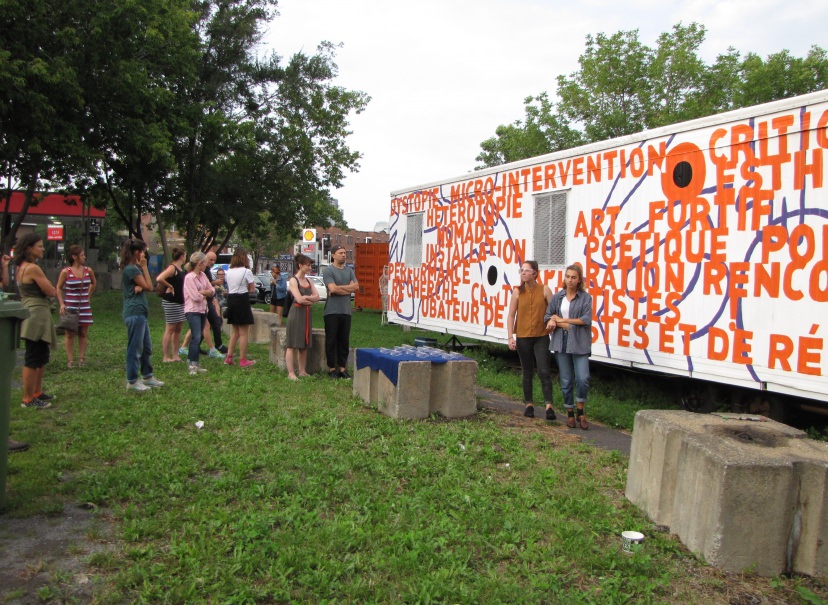 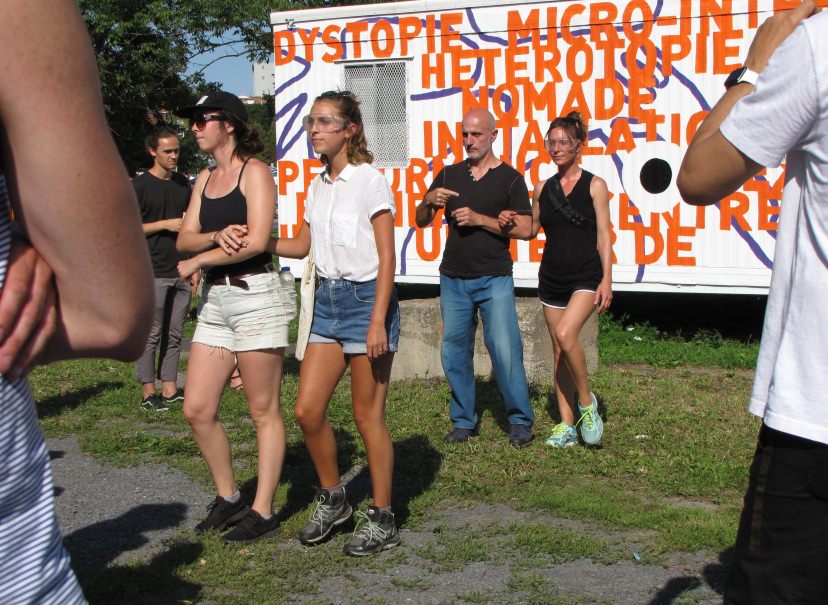 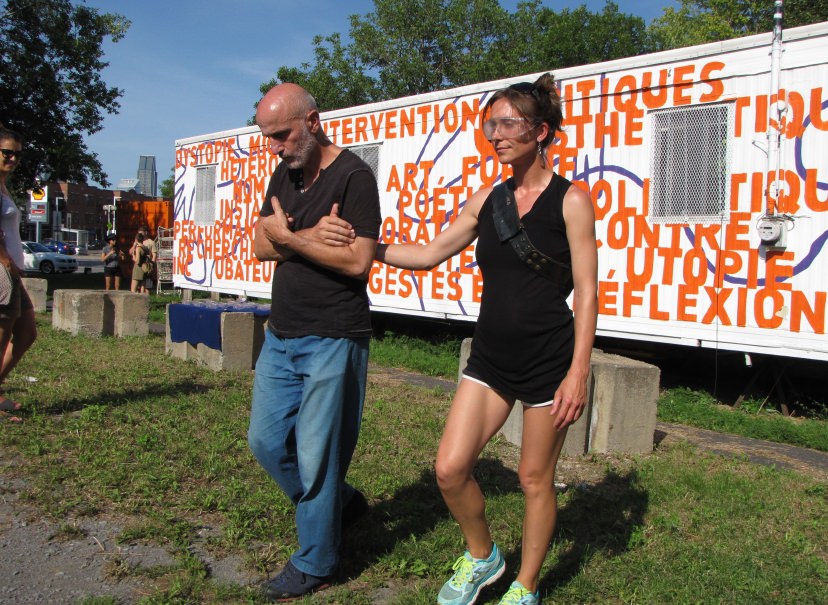 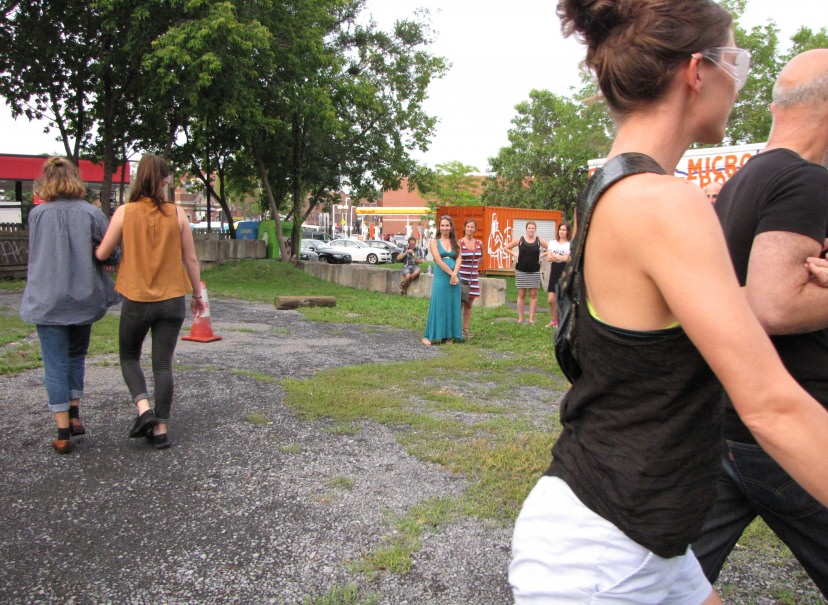 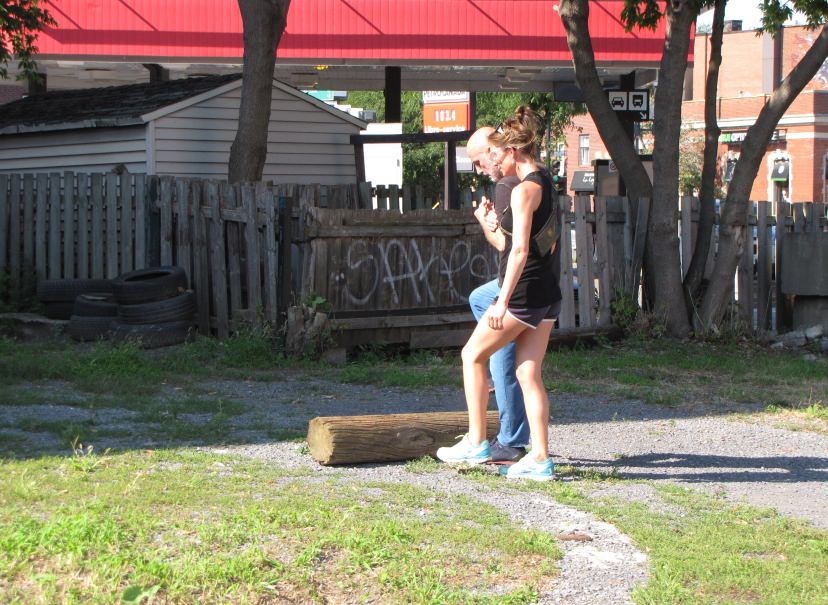 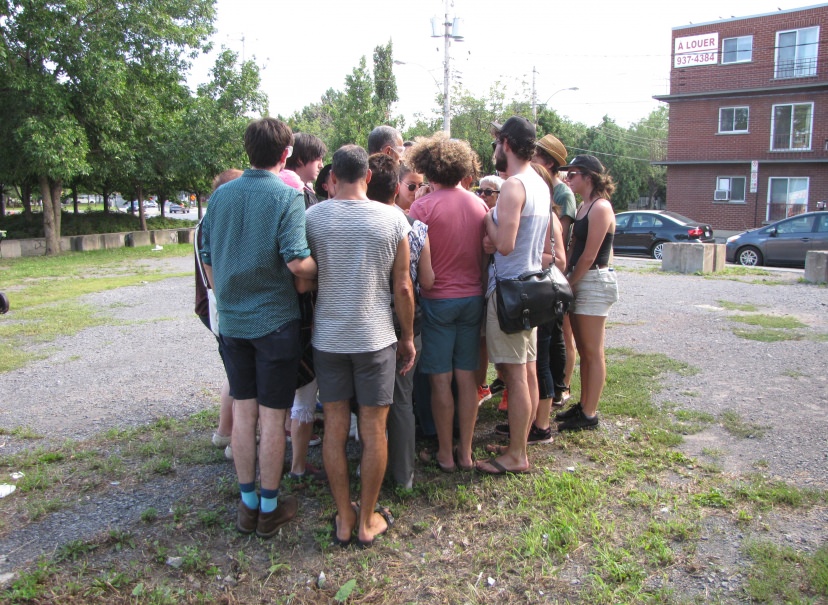 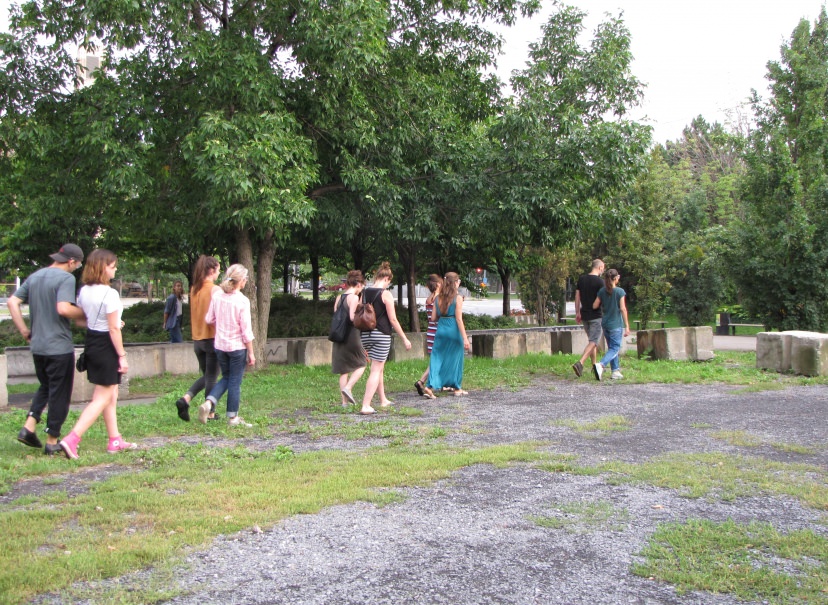 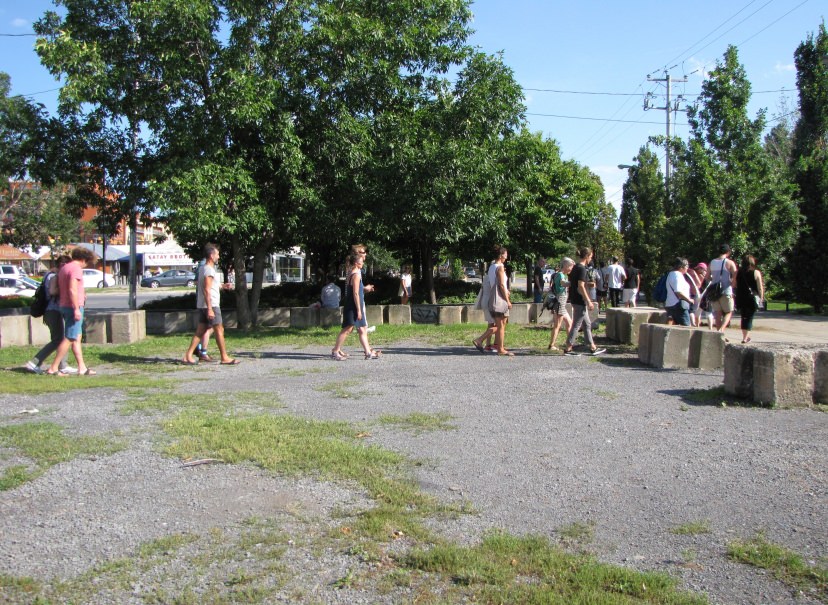 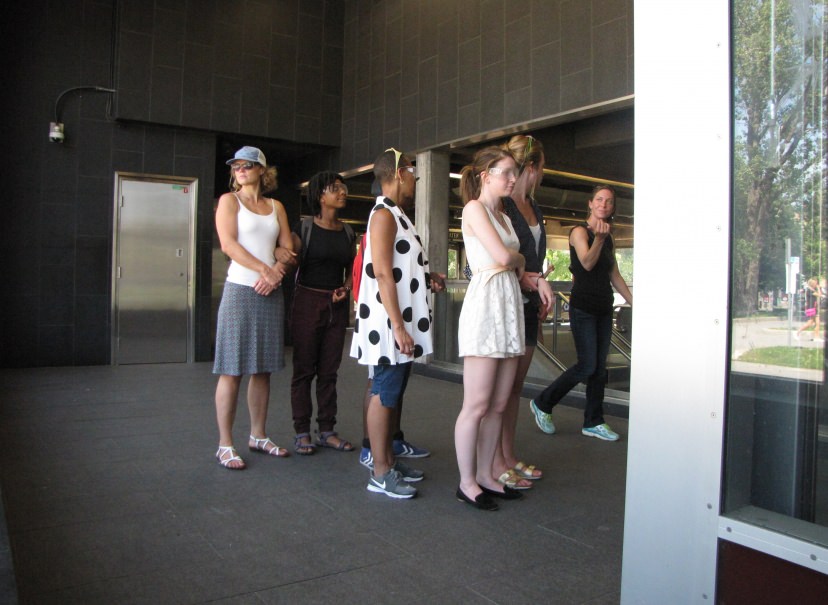 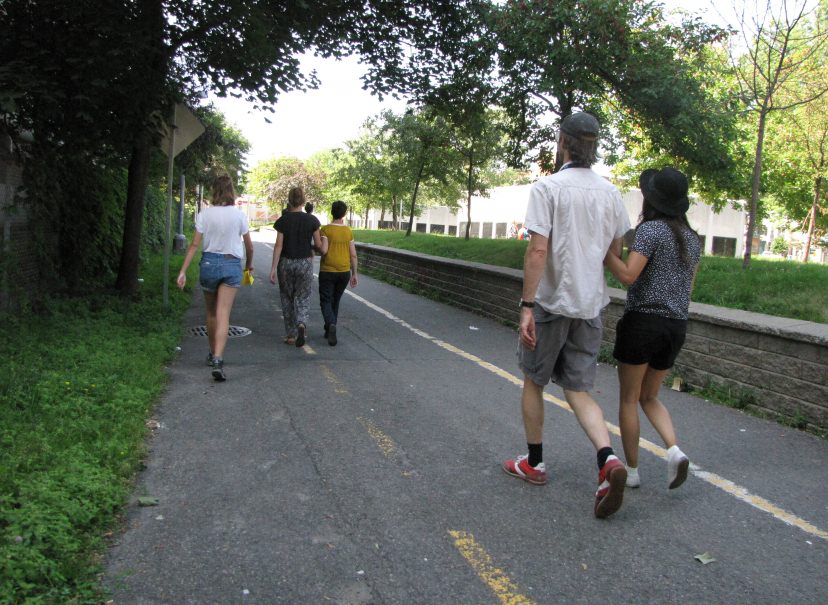 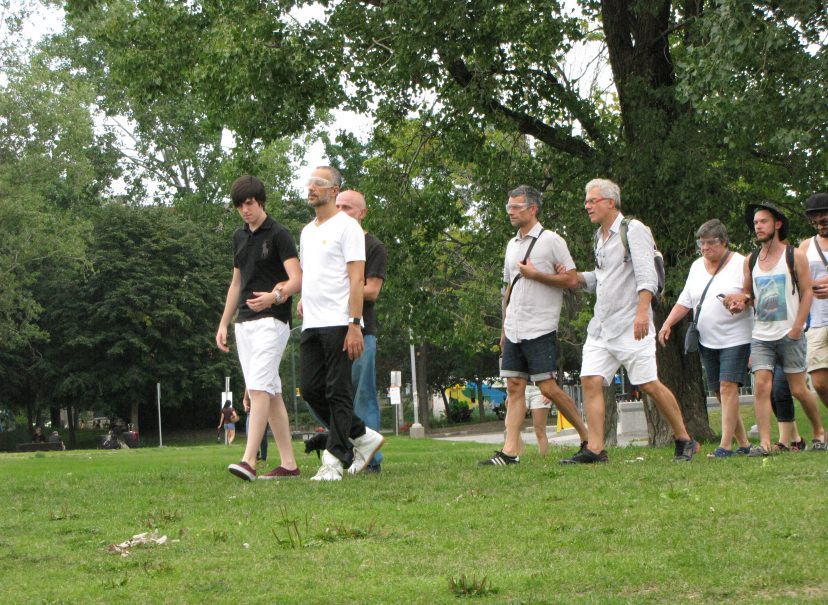 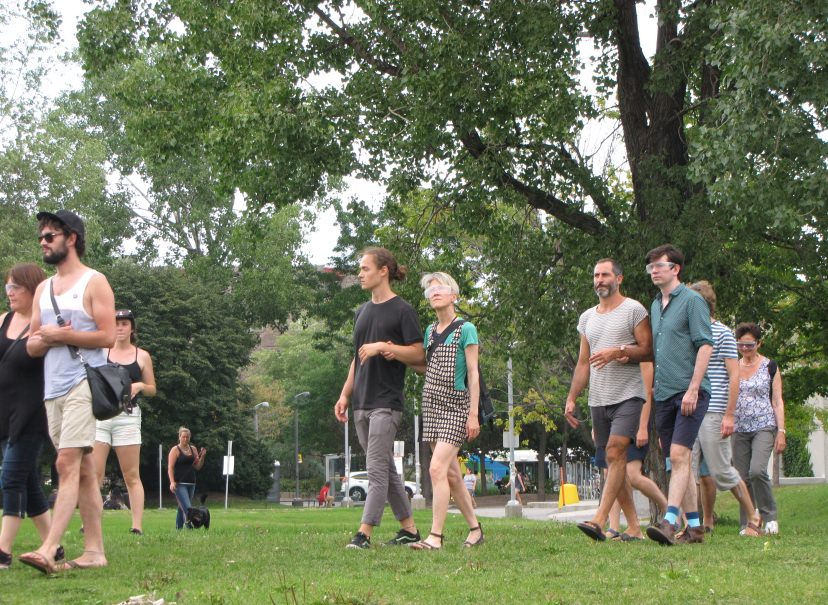 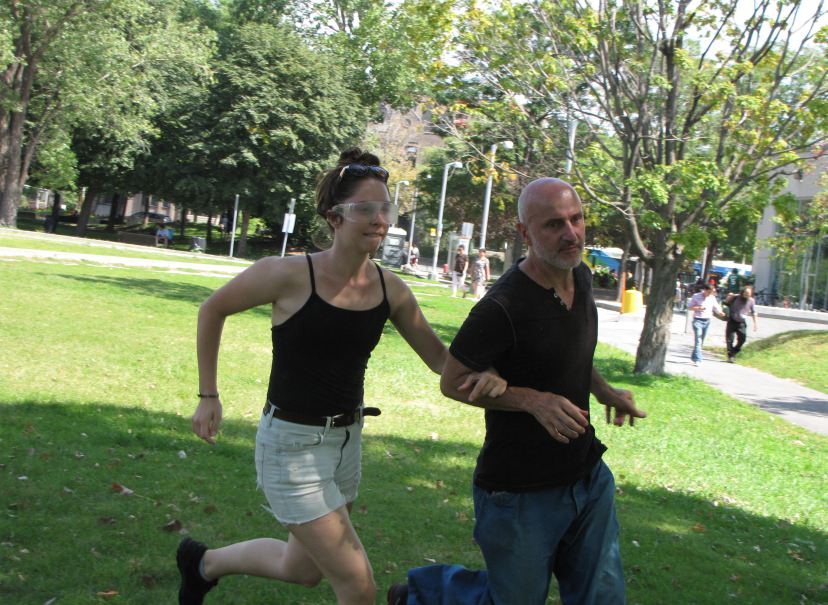 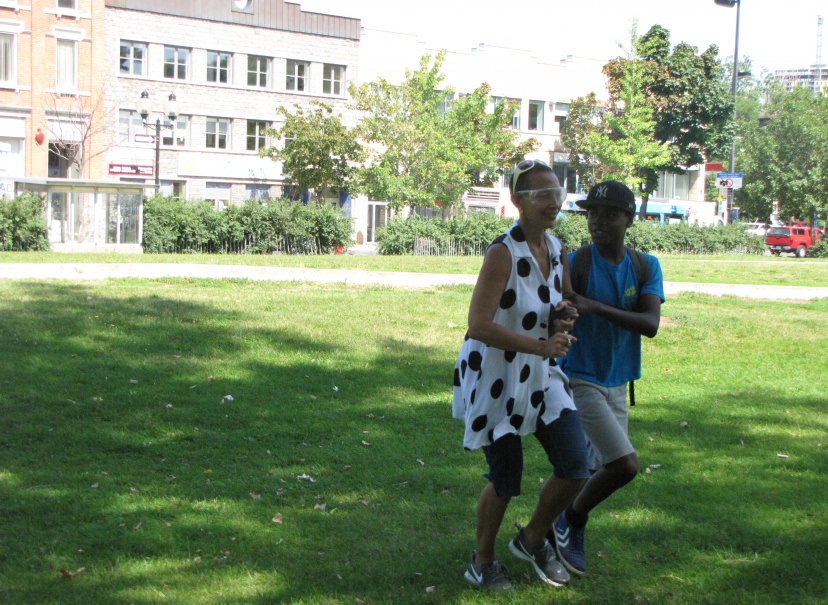 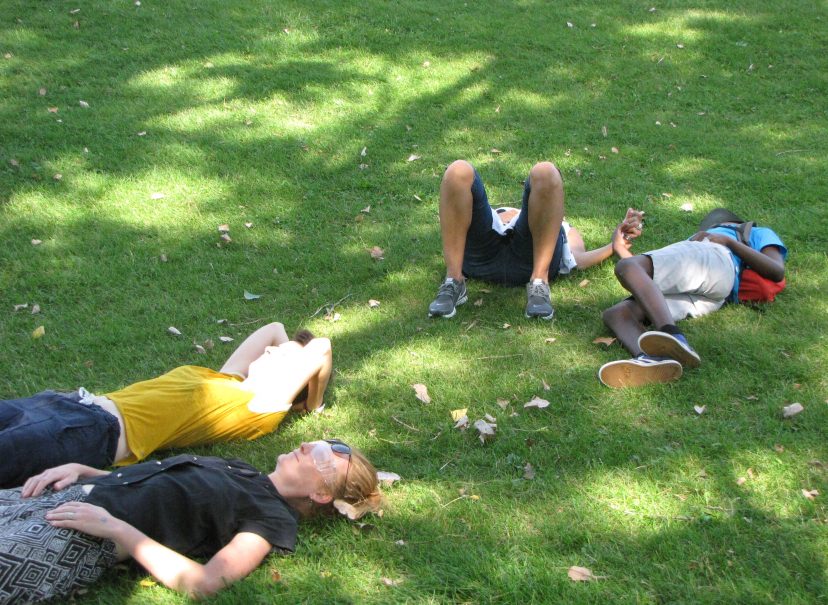 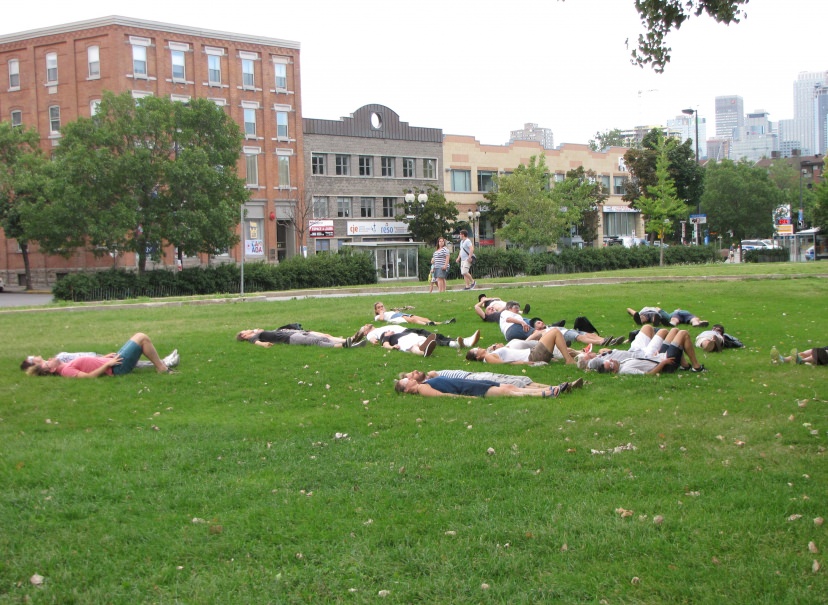 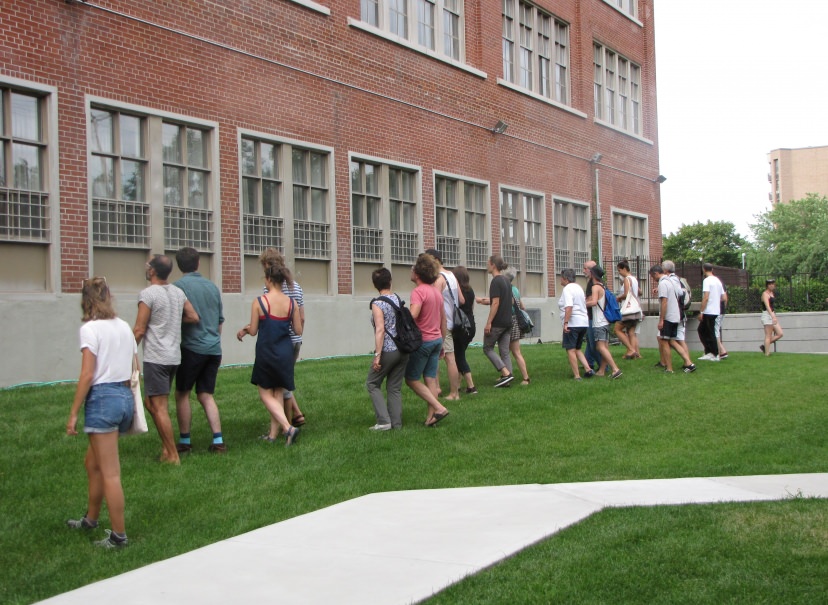 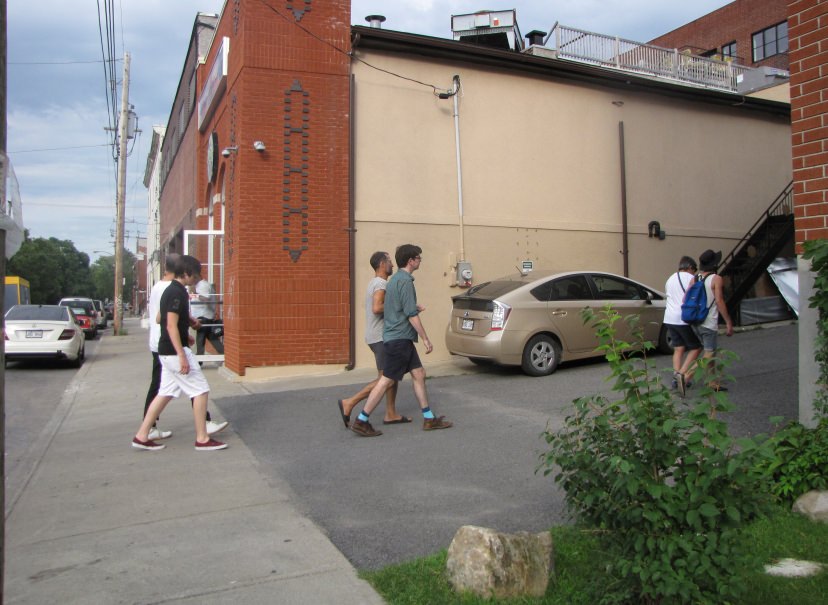 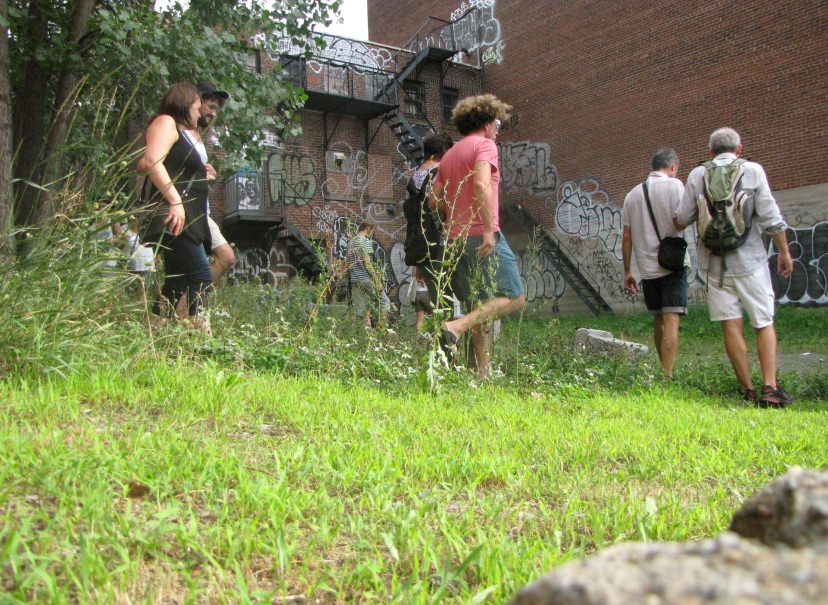 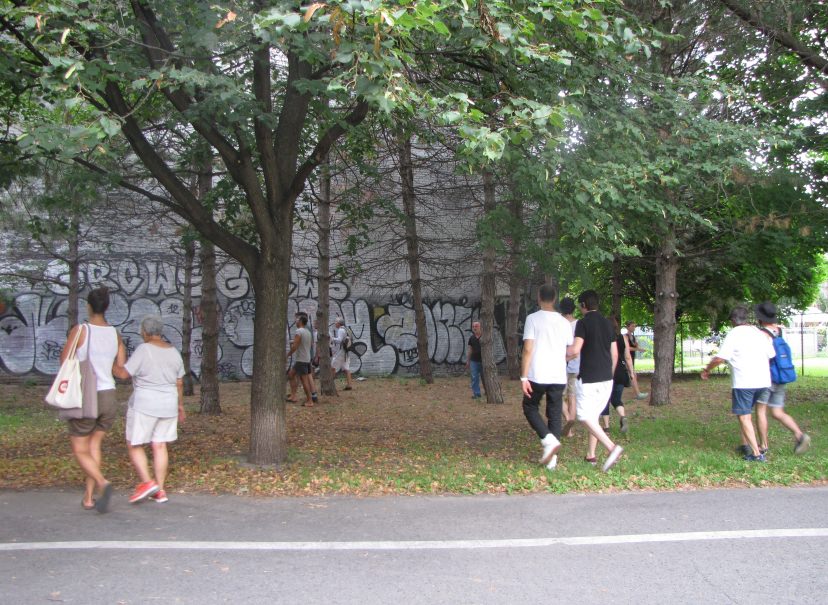 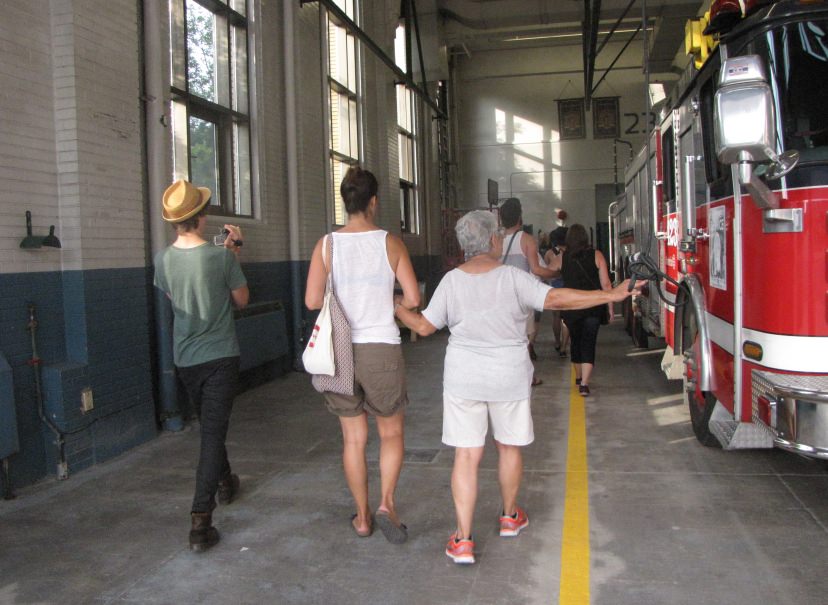 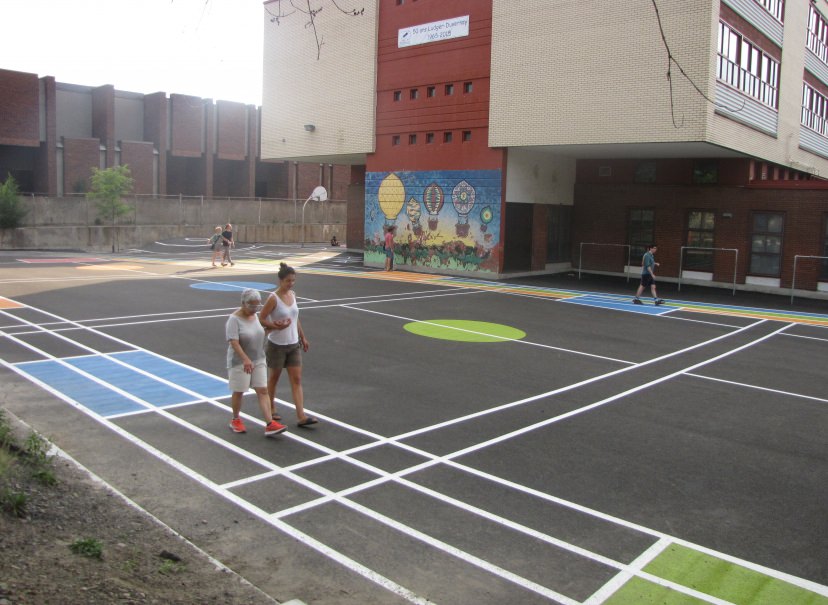 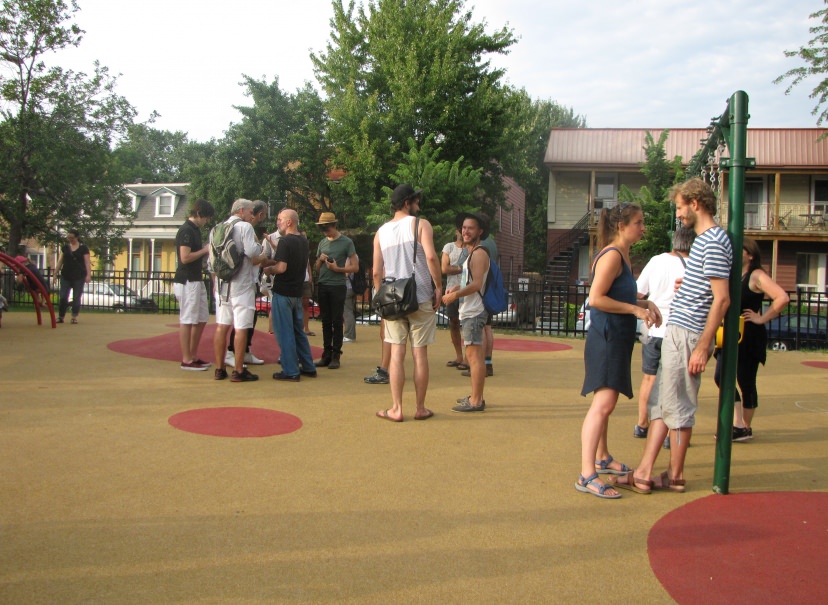 Promenades blanches was developed by Alain Michard and Mathias Poisson, both willing to share their perceptions of a city with their inhabitants, involving visual art, during a series of workshops.

Promenades blanches is performed in situ. The city itself is the main material for the performance for which the public is invited to experiment a sensitive reading of it : long, silent and collective walks in the city through a very simple but strong device enable the participants to open a new imaginary. The walkers become a cohesive group connected to the body language. It is an intence experience, both intimate and collective.

with the support of the French Institute, the city of Rennes and Rennes Métropole

with the complicity of Katya Montaignac