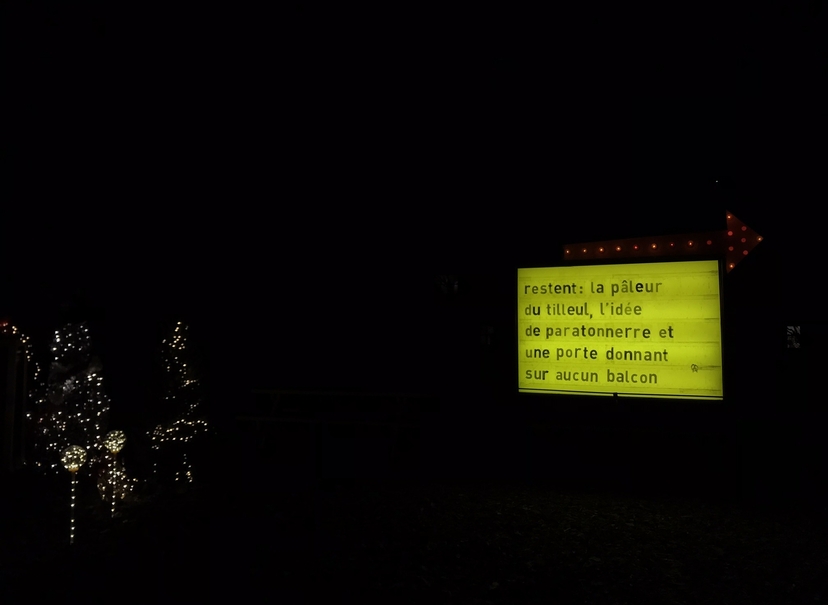 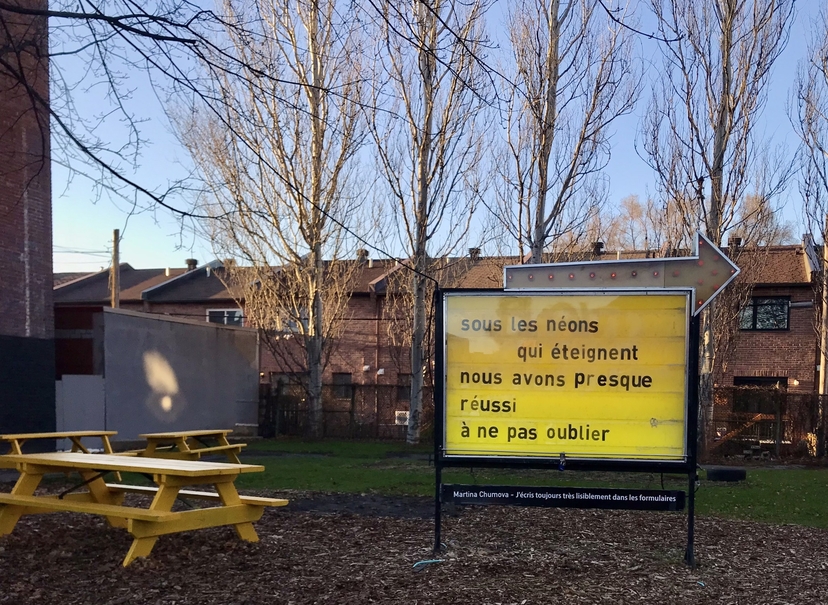 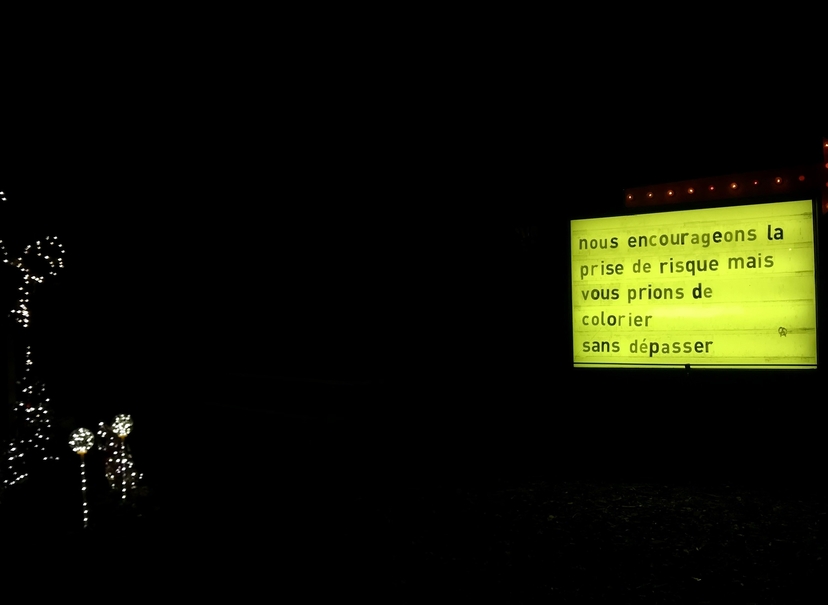 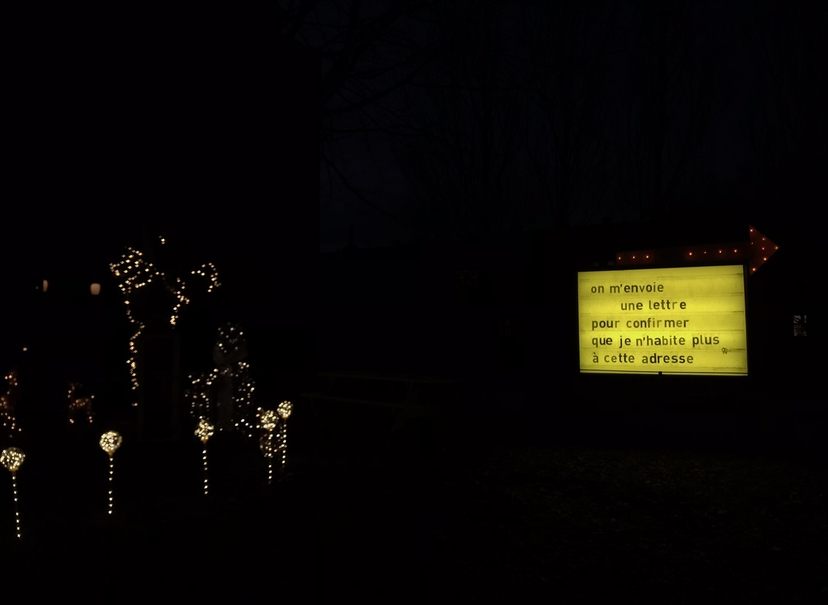 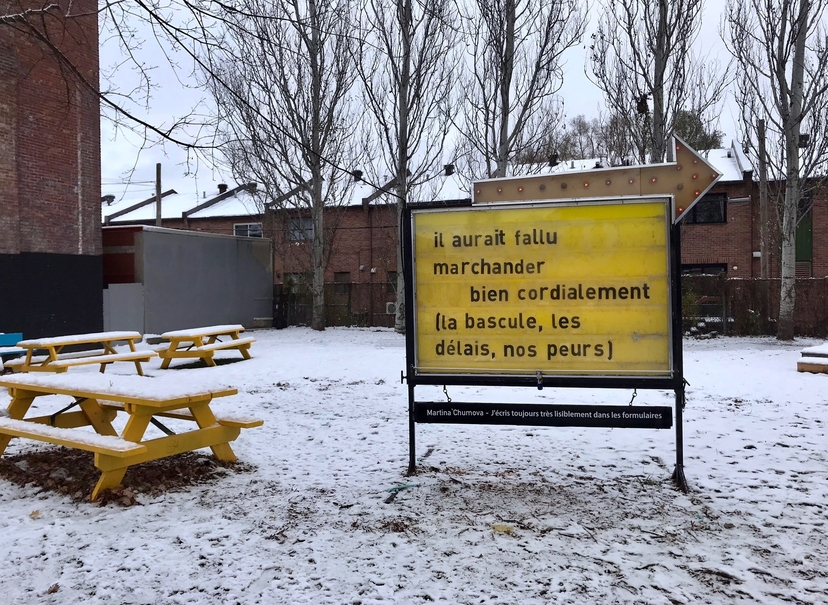 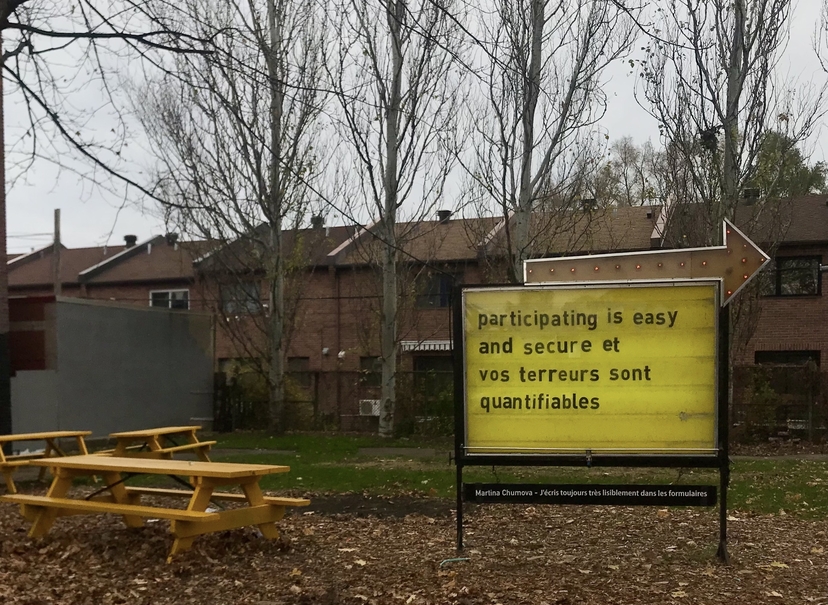 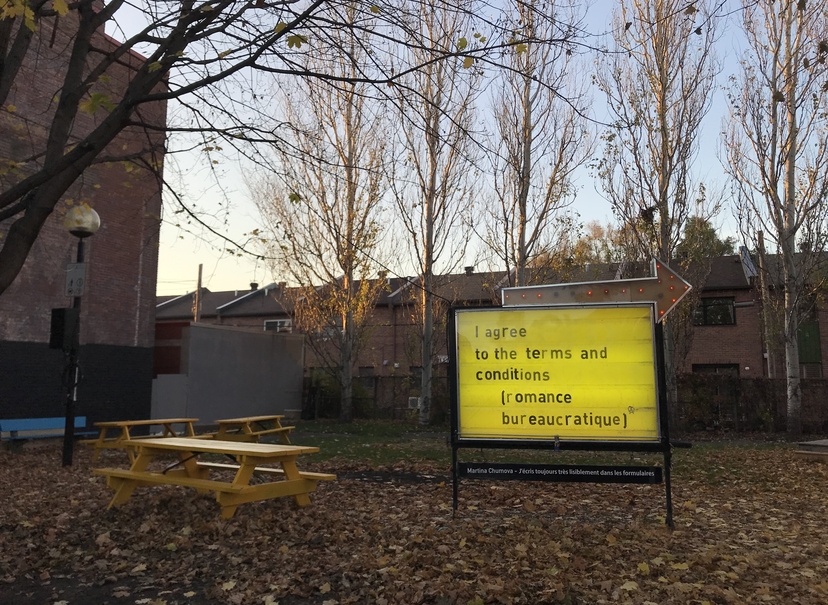 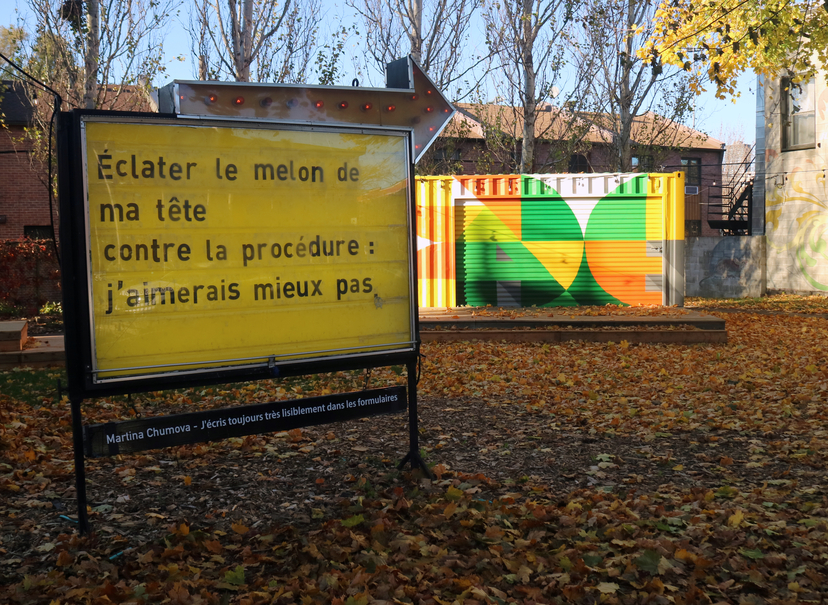 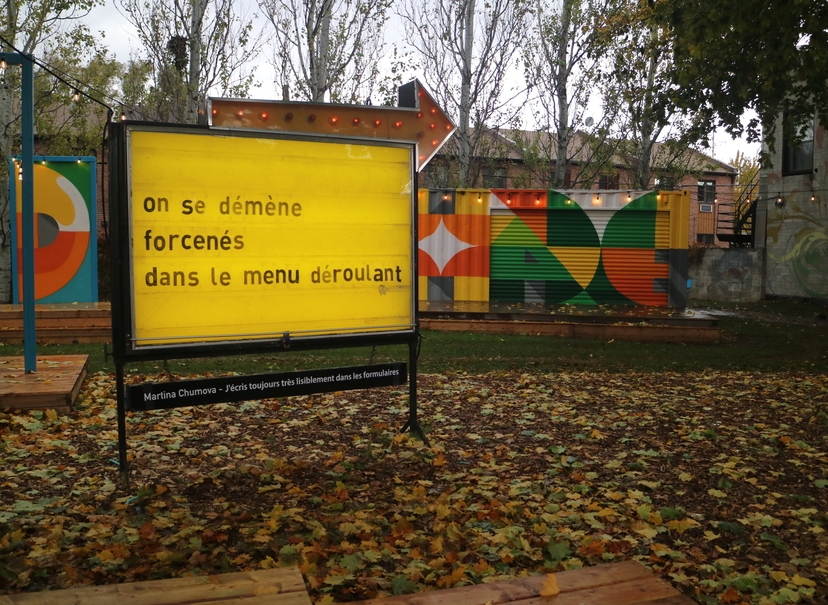 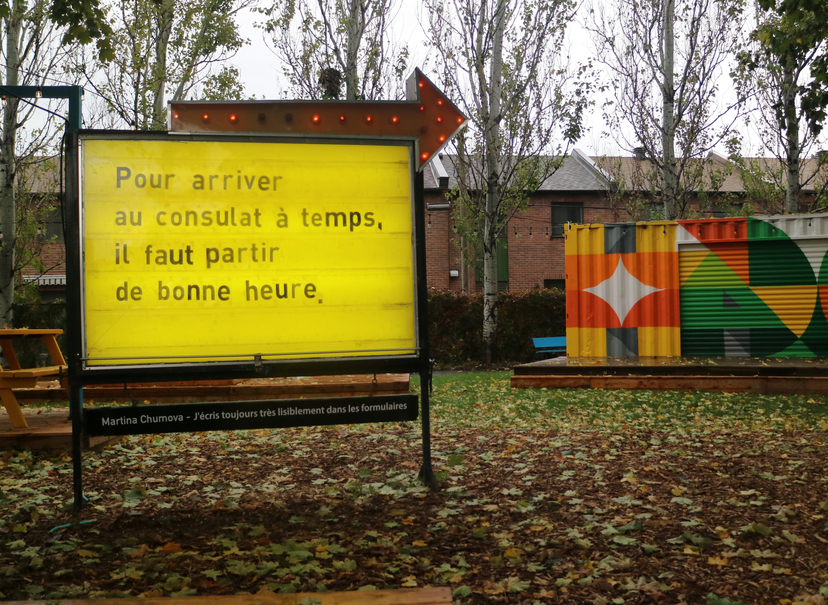 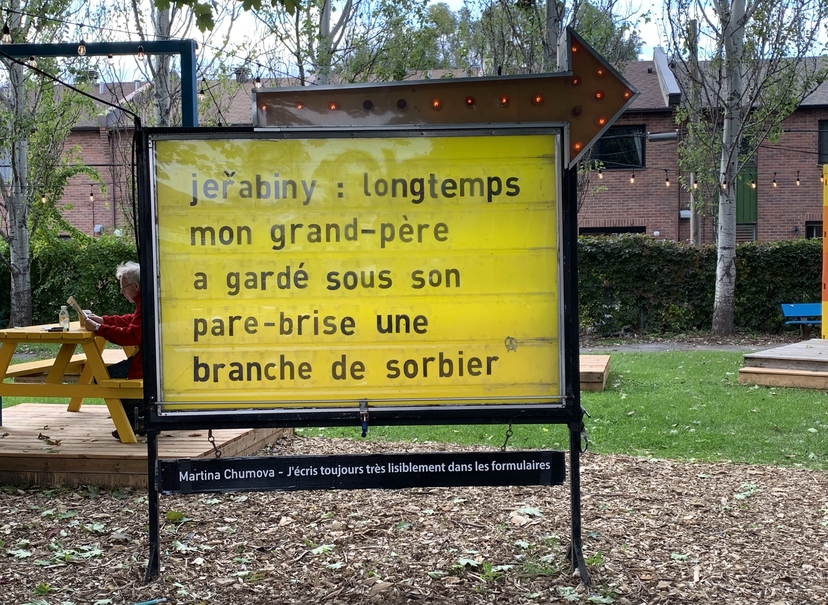 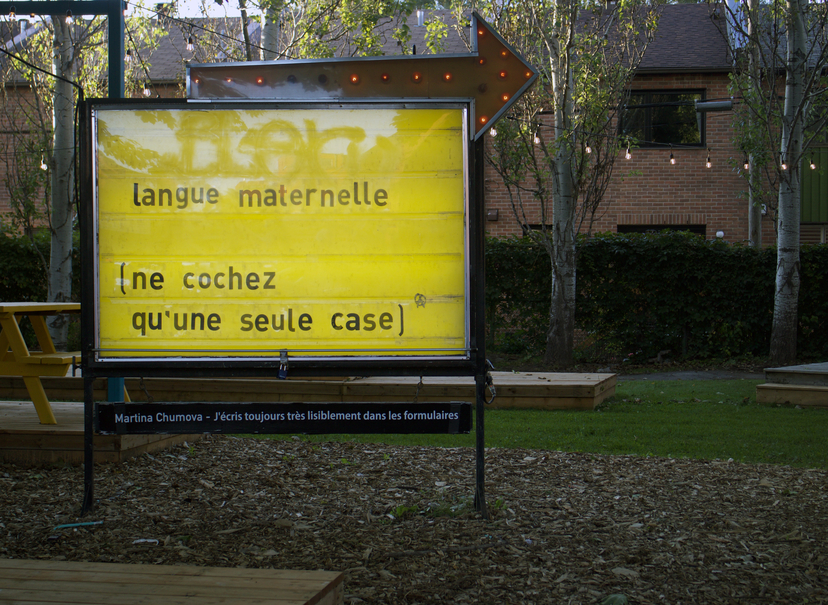 Almost everyone has been struck by the arbitrariness of the categories on which official forms are built, but the experiences of immigration undoubtedly make us particularly sensitive to it. When the procedure does not concern us, it is possible to consider it from a distance, to laugh at it as if it were some convoluted ritual approaching a pantomime. It is more difficult to apprehend it with lightness when whole lives depend on a "good answer". I always write very legibly in the forms is interested in this formulaic language that classifies and enjoins, deciding who is in order and who is not. The collisions that occur when bureaucracy stumbles over real, organic experiences - irreducibly dense and ambiguous - are interrogated. Juxtapositions, shifts and intrusions echo the dissonance that emerges from these clashes.

Artistic approach
I find details more interesting than monumental frescoes; I am fascinated by contradictions, shifts and shifts. My writing is based on reality and seeks to blur certainties by examining the fine texture of everyday life. I often return to memory: to intimate archives, to the fragility and contingency of human constructions. Some of my projects incorporate photographs and other visual artifacts. I also write short stories to which one can add the appellation "fantastic". The work on these texts is presented as a search for the form that best responds to the idea (image, voice, landscape) that forms the core. The collection on which I am currently working is woven around stories where enunciation itself is an issue, in which narration is not self-evident - whether it is labile or prevented.

Born in Prague in 1984, Martina Chumova grew up mostly in Quebec. She studied anthropology, German studies and history before working in publishing. Her texts have been published in magazines such as Le Sabord and Mœbius as well as in collectives, including Ce qu'un jeune mari devrait savoir (Marchand de feuilles, 2021). His first book, Boîtes d'allumettes, published in 2020 by Cheval d'août, was selected for the Rendez-vous du premier roman award.