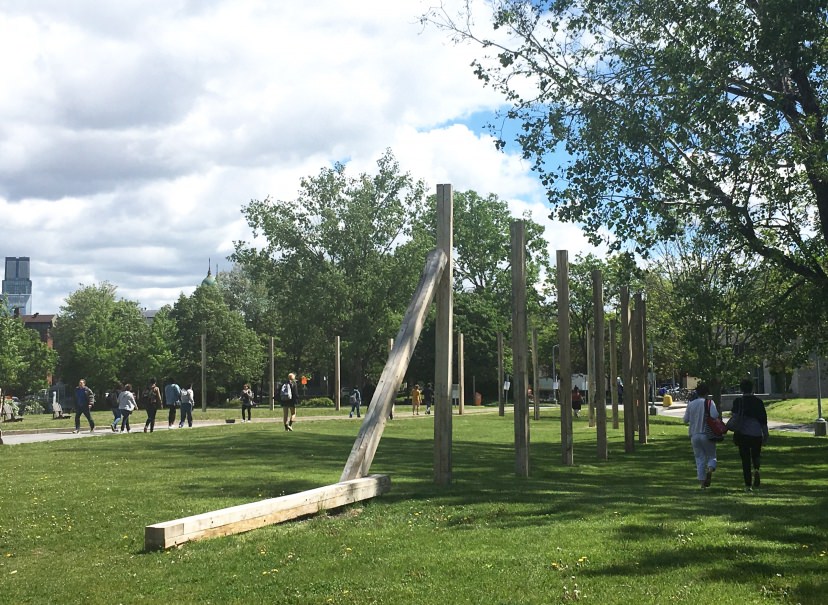 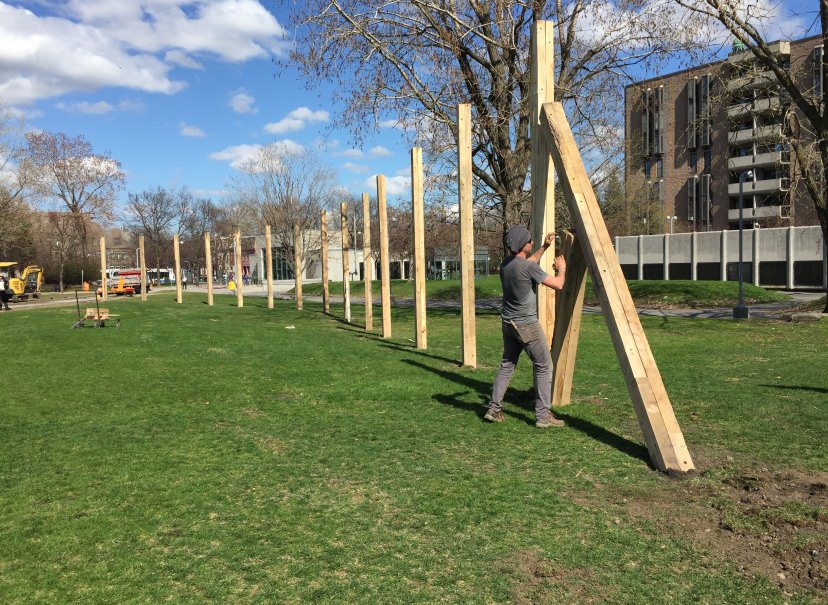 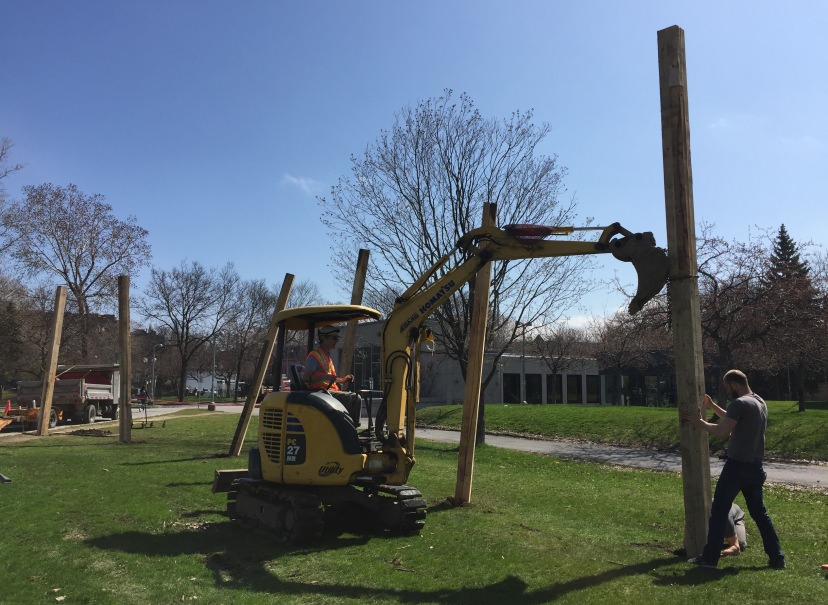 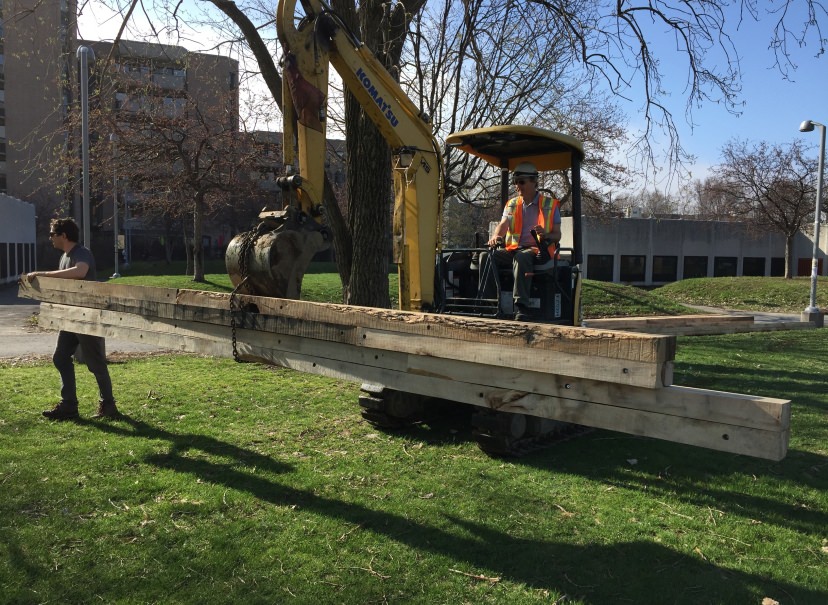 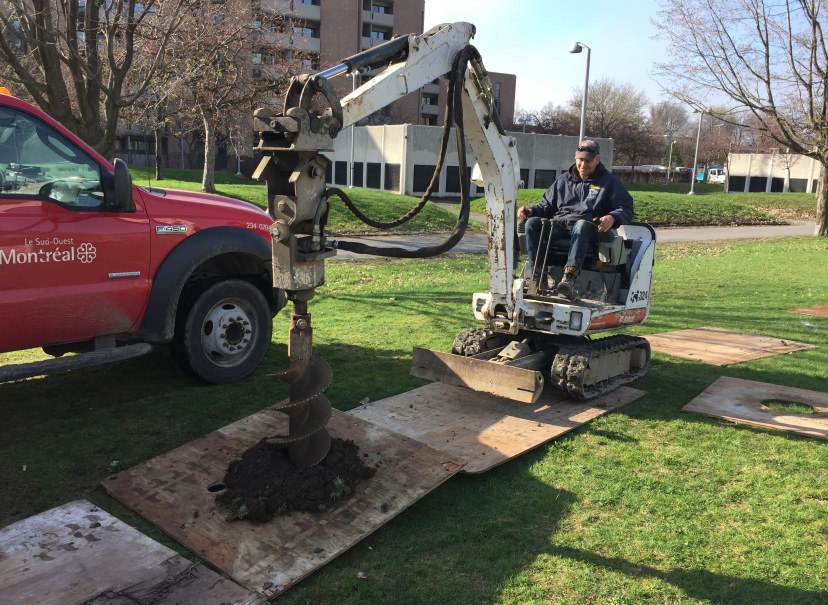 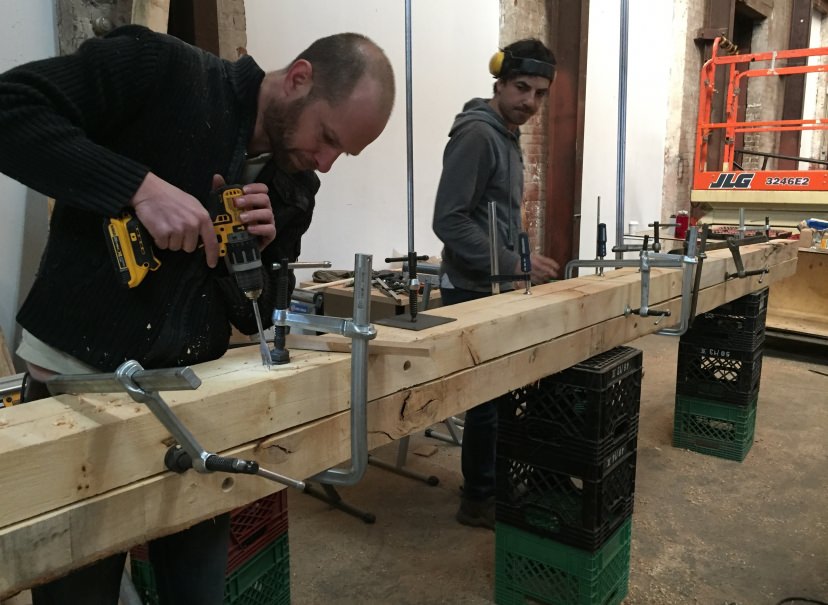 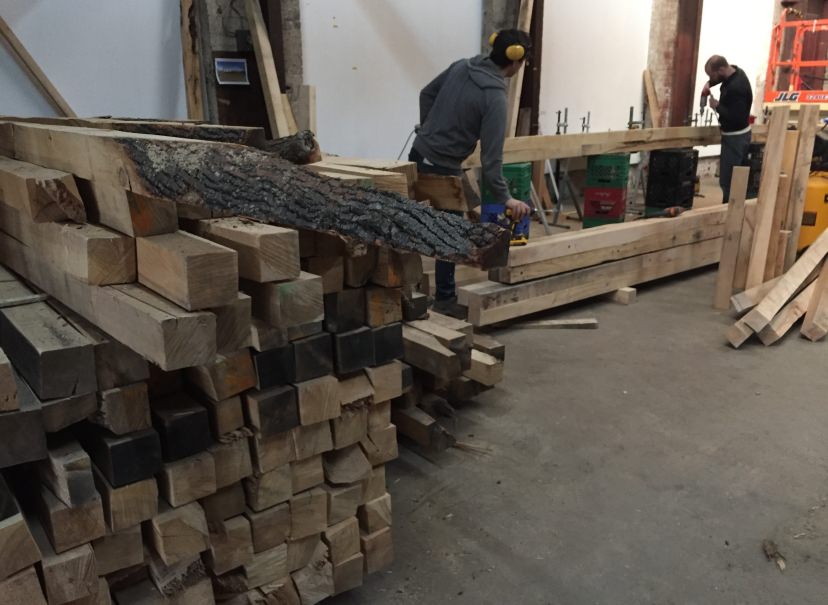 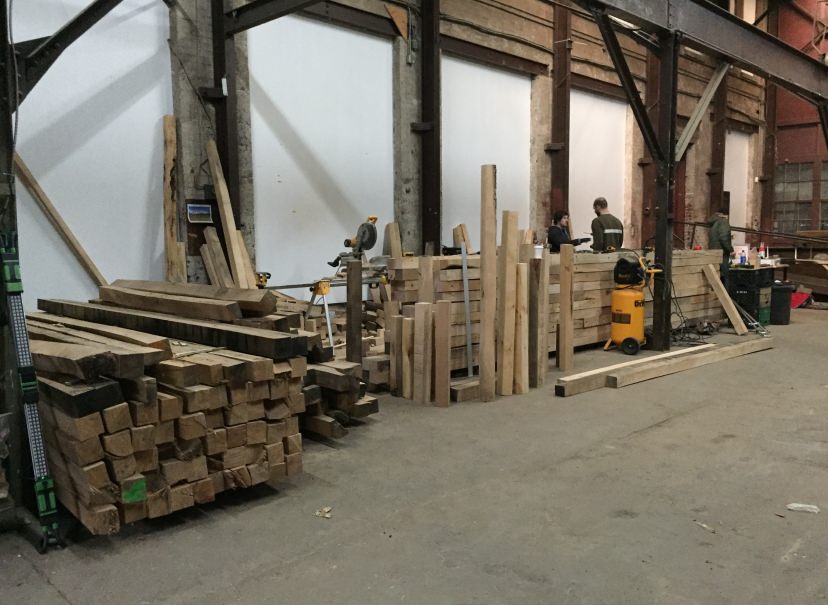 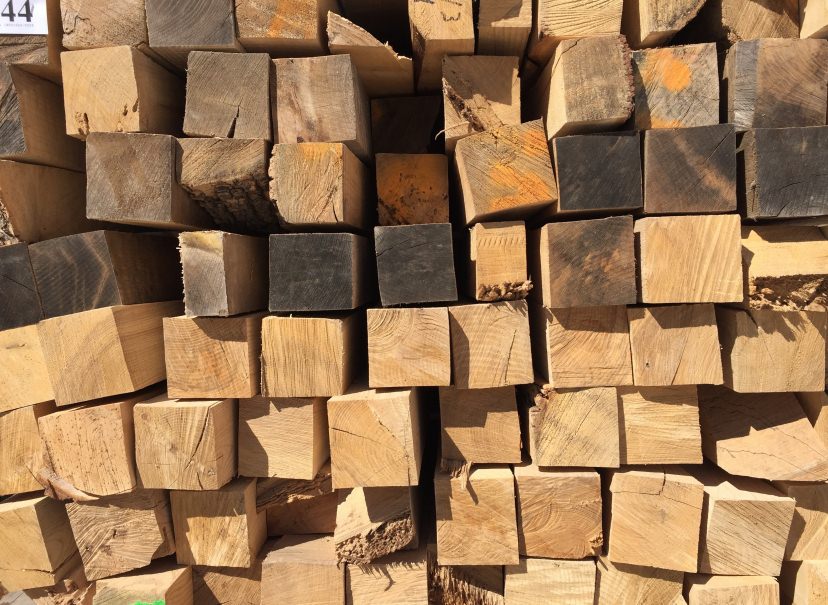 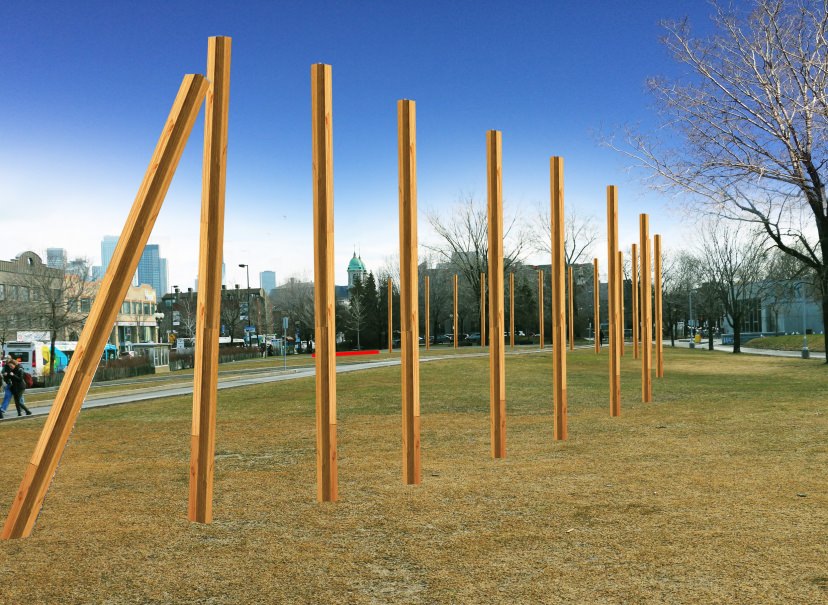 PhiIippe Allard brings Freiner la chute, a monumental ephemeral work in the public space. This piece, conceived specifically after a call for proposals launched by the Sud-Ouest district, uses the language of land art. Through this strong and unequivocal artistic gesture, Freiner la chute creates a direct link with the invasive problem of the emerald ash borer.

By exploiting the concept of the domino, it consists in the representation of the hecatomb caused by an insect that makes the trees literally fall over. The image of falling trees with assembled logs from cut timber demonstrates the intention to clearly communicate the gravity of the situation on surrounding ecosystems. Freiner la chute is the evocative force of this potential disaster. By a first plank already fallen and the first two slanted, the fall is initiated, the cause and effect have happened.

The metaphor of the forest lies in the verticality of the work and the raw materials used, but also in the notion of passage and trajectory. Passersby see the entire intervention that unfolds before them by crossing and at the same time appreciating the details of each tree. It is at the same time a work of scale which can be contemplated in the smallest details, while remaining close to the human scale.

The evolving aspect of the installation is important, particularily the change of color of the different species depending on the environmental factors; sun, wind, rain, snow, etc. The passage of the seasons would accentuate the living spirit of the work. This transition would have a favorable impact on the transformation of planks and shadows on the ground, changing with the hours, weeks and seasons. Freiner la chute is rediscovered every time.

Production process of the work

Following the delivery of the 4 inch by 4 inch pre-cut and dried wood sections provided by the borough, the artist Philippe Allard and his allies started to work. The amount of wood needed to create this installation is over 2000 linear feet, the same quantity of wood cut last year, dried for 4 months, the equivalent of 1 linear inch per month of drying. It touches and is related to several species of wood. Along with Pennsylvania ash, the work is composed of small-leaved lime, silver maple, Norway maple and red oak.

Inspired by Arte Povera, Philippe Allard recovers and collects materials and objects from industrial production and diverts their original meaning by transposing them into a new context.

The products are most often chosen for their formal properties and in particular for the optical potential, allowing shadow and light to act by accumulation and multiplication. The products become public monuments that confront passers-by with the significance of the global impact of their daily actions made visible by the mutation of the objects of consumption of their original foundation. By perverting the nature of recovered objects and materials, he seeks to extend their meaning in a system to which they were not destined: contemporary art.

The transformation of environment through industry is a predominant theme in Allard's work. He wants to lead the viewer to consider the proximities between the artificial and the natural, as well as those between inspiration, nature and the degradation of it. The installations are meant to be metaphors for the dilemma of our modern existence.

Self-taught artist, Philippe Allard lives and works in Montreal. His works have been exhibited individually at Articule art center, Fonderie Darling and recently at the Confederation Center in Charlottetown. He has also participated in several group exhibitions, including the 5th Marrakesh Biennale, in March 2014 and the 31st International Symposium of Contemporary Art of Baie-Saint-Paul in August 2013. Having taken to heart the interventions in situ, he also realized several public artworks and private works. He was, with Justin Duchesneau, winner of the Place des Arts de Montréal contest in 2009 and recipient of the AGAC public art prize for their installation Courtepointe in 2014. He created four sculptural works as part of the architecture integration program (1%) since the summer of 2013 and is about to install two more for the 375th anniversary of the city of Montreal in 2017.

The artist would like to particularly thank Les Ateliers Jean Brillant for their collaboration, as well as Geneviève Massé, project manager for DARE-DARE, for the increased support throughout the project.