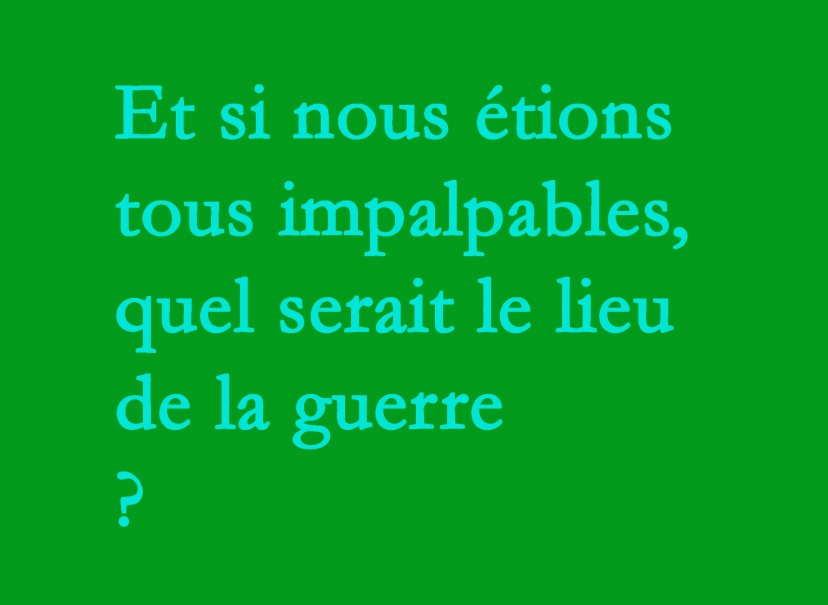 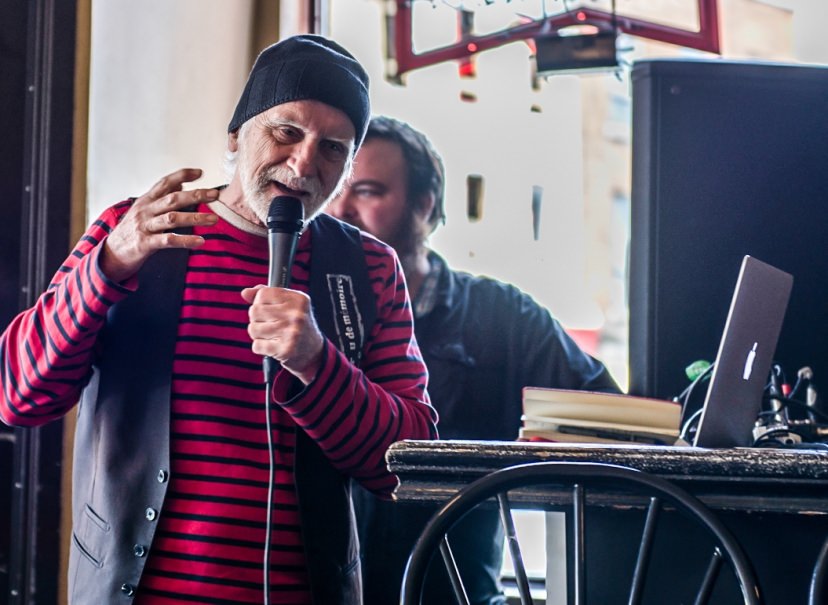 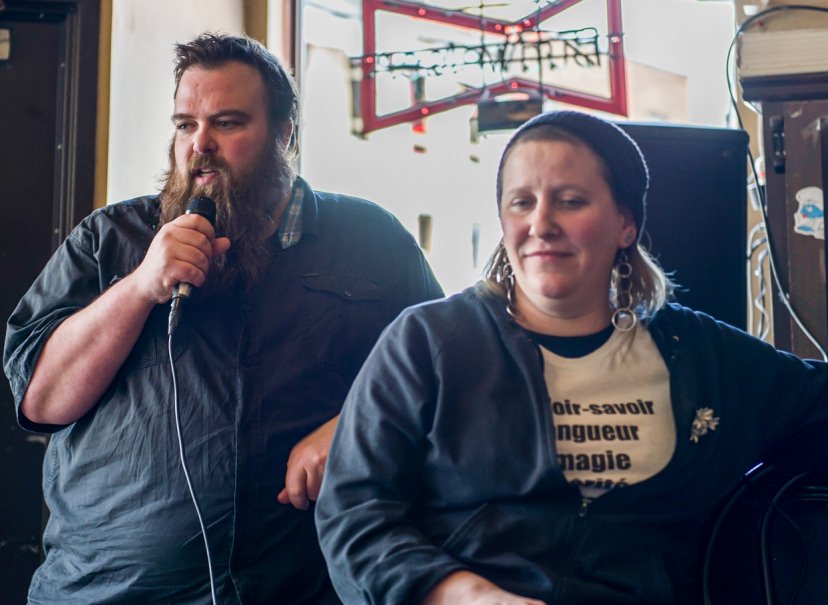 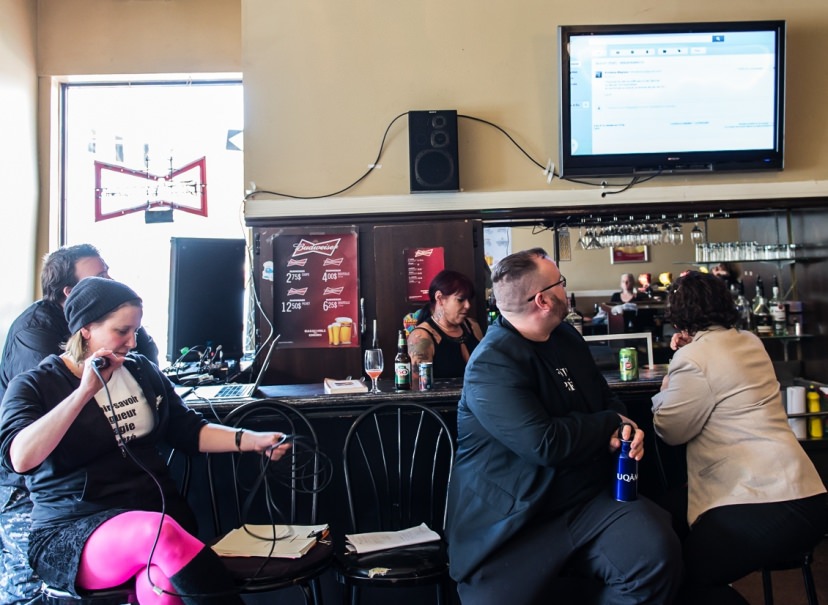 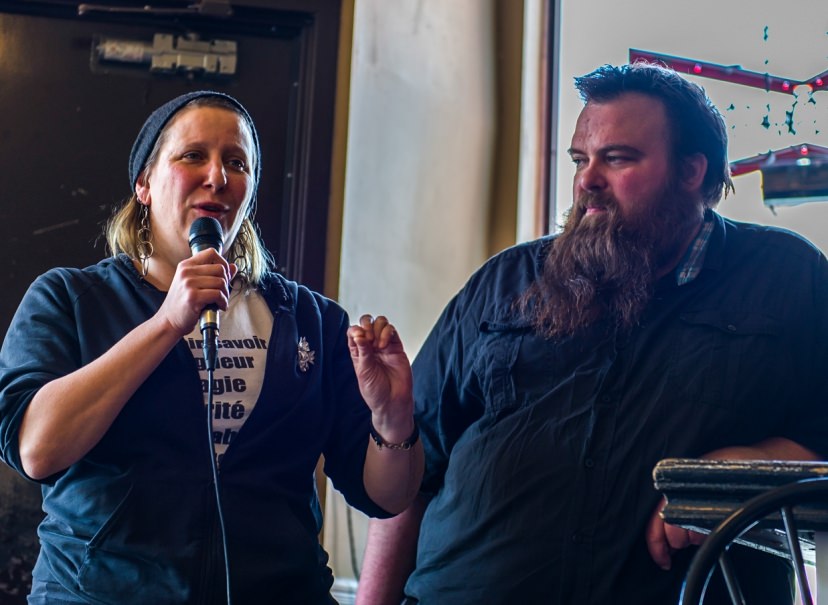 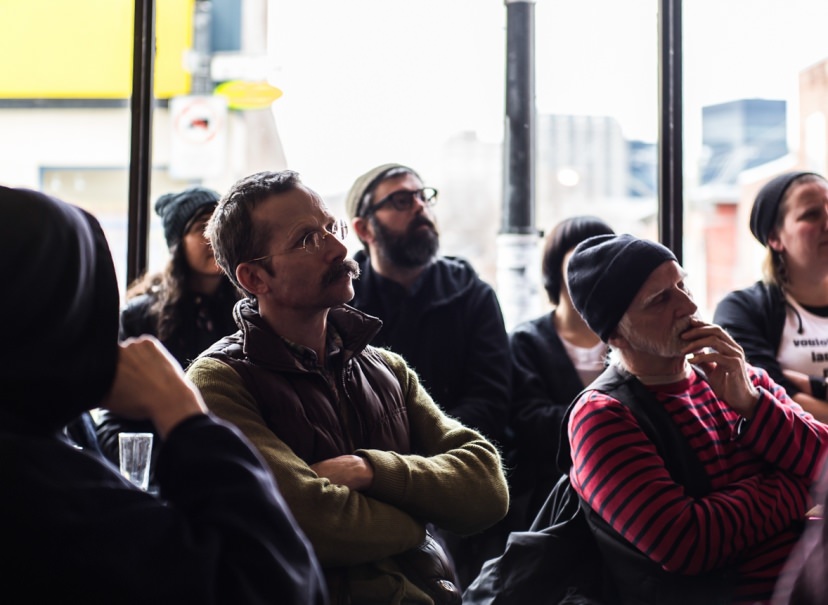 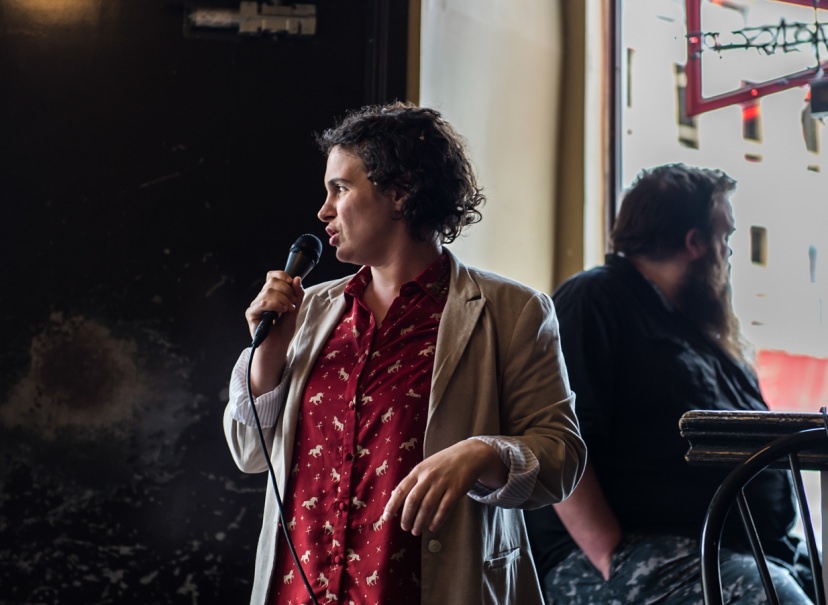 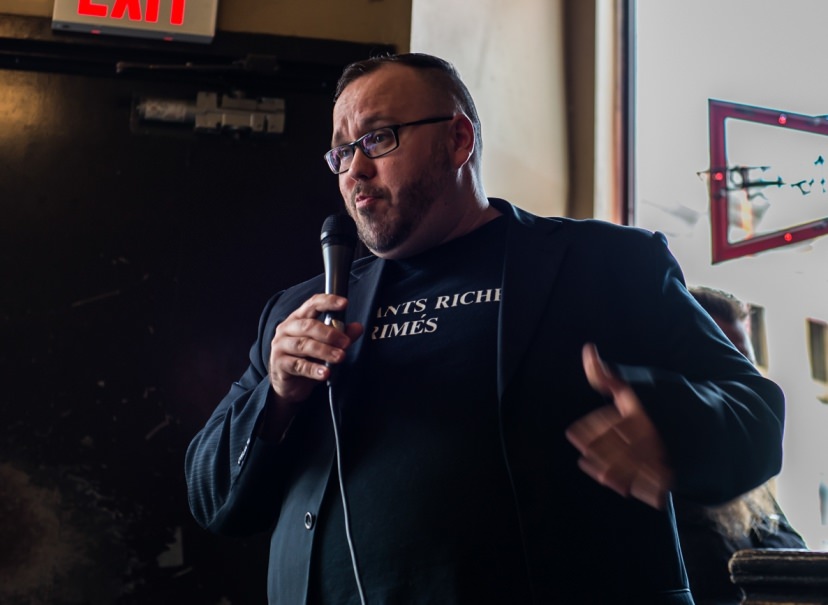 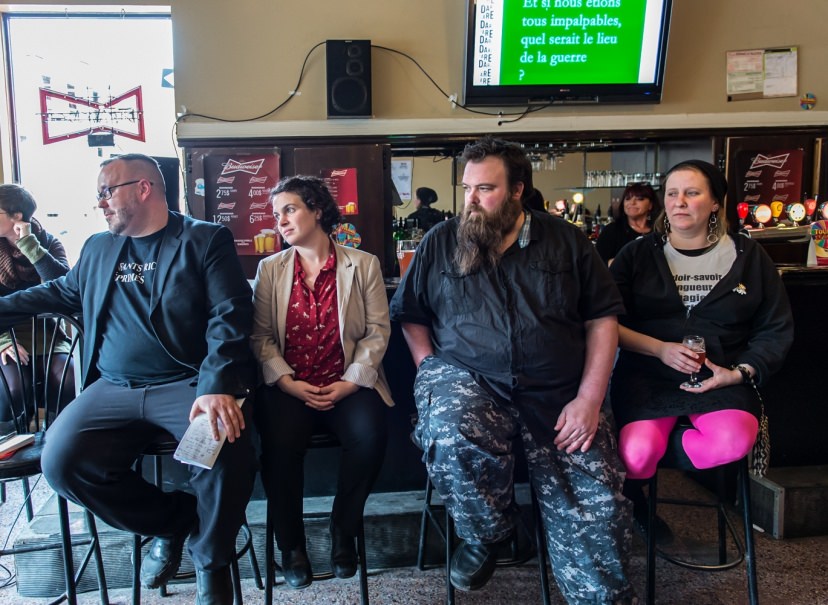 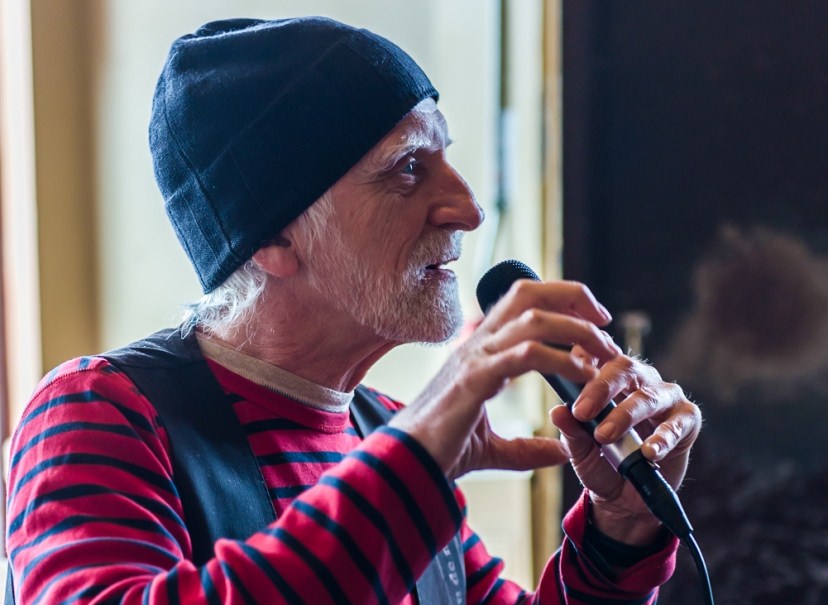 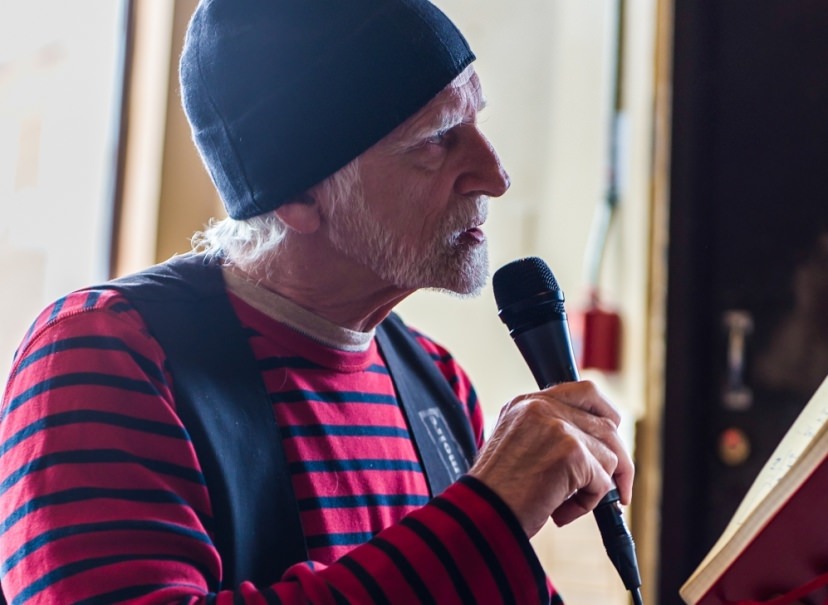 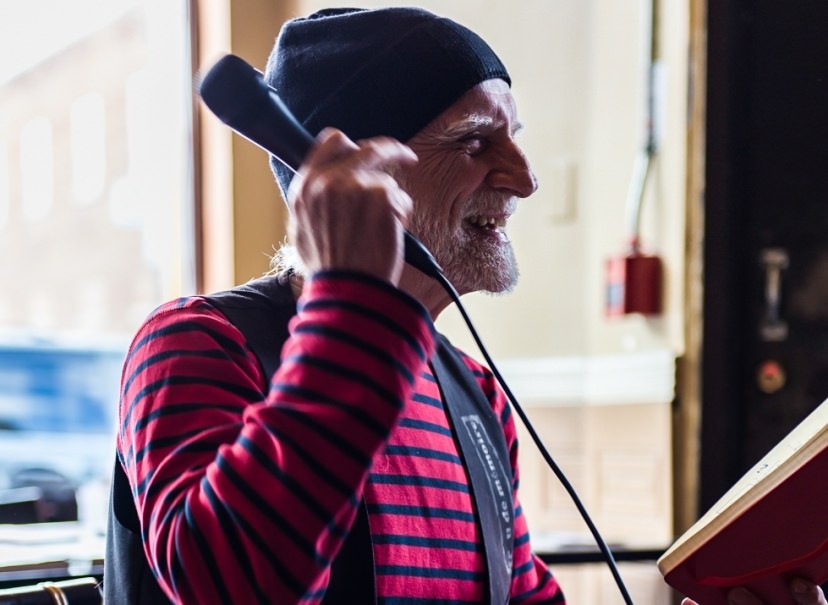 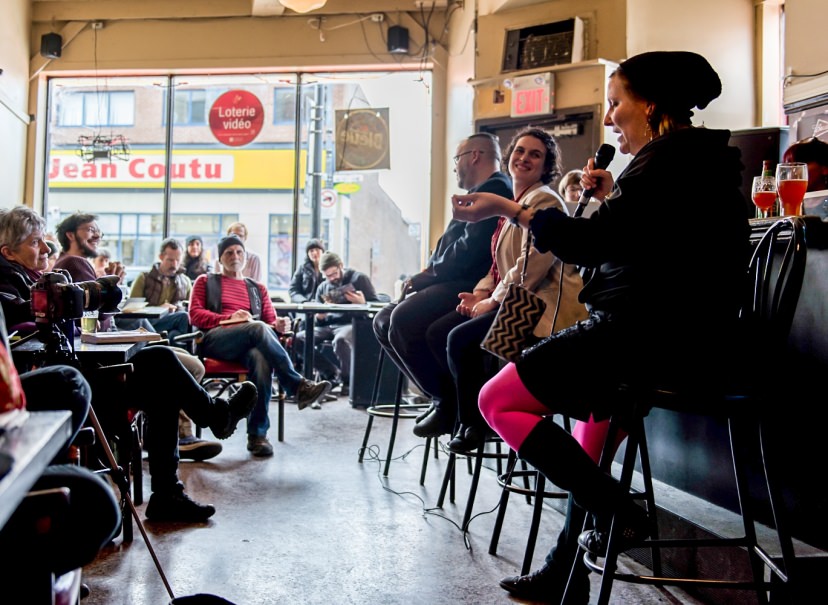 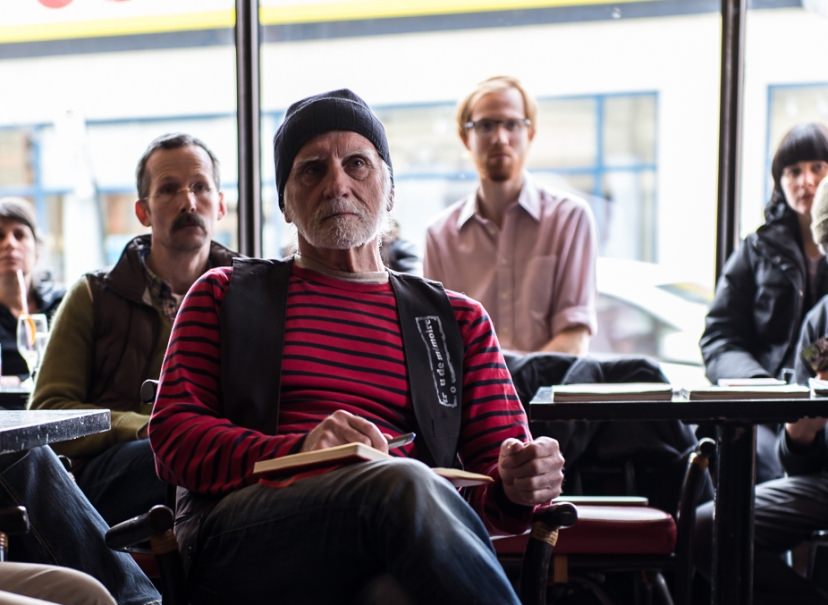 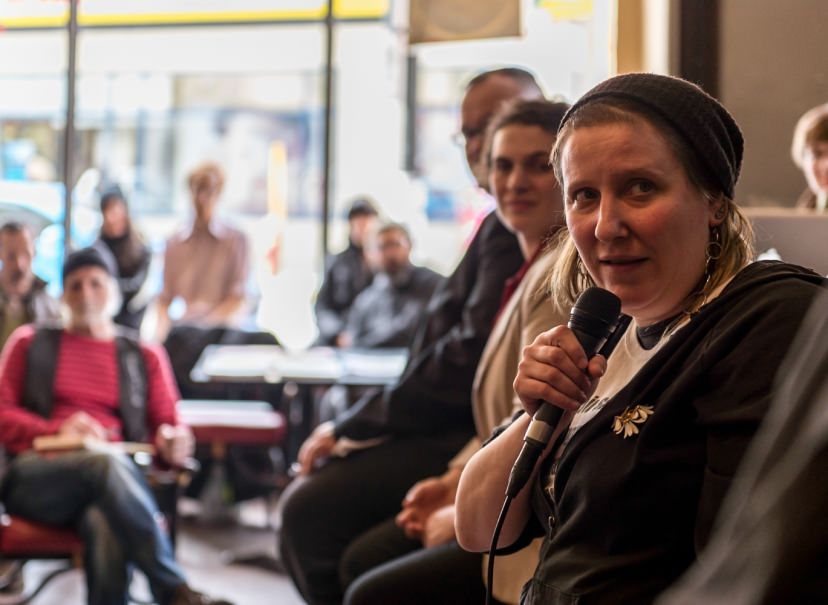 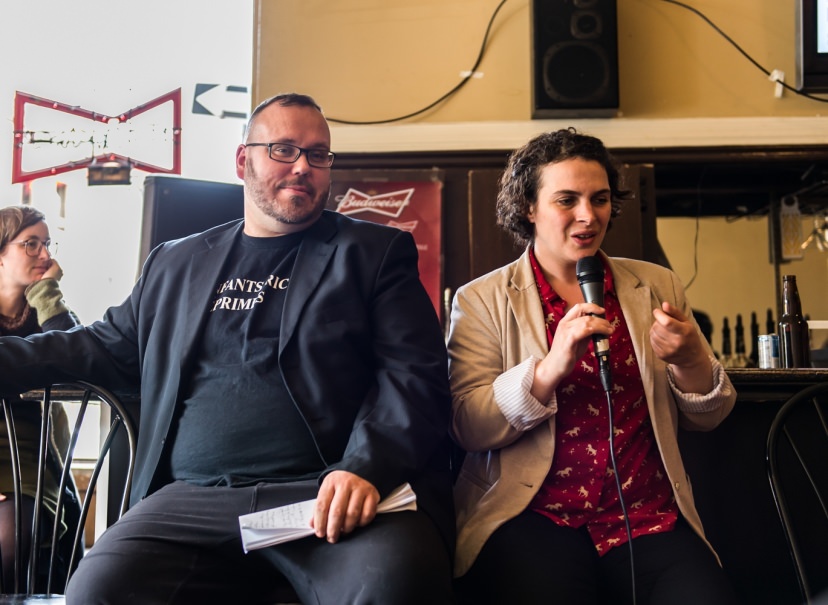 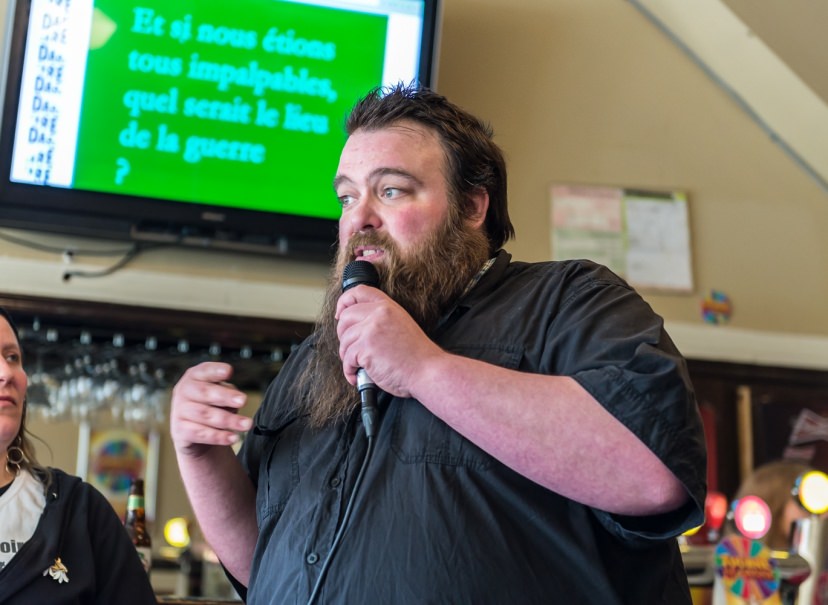 DARE-DARE has proposed to articulate its 2015-2016 programming around the notion of infiltration. We enjoined artists to base their interventions on common, day-to-day realities and to use stratagems of varying types and durations to interfere with social environments.

This year's program features artists Steve Giasson, Janie Julien-Fort and a duo comprised of Érick d'Orion and Catherine Lalonde Massecar. Artist and critic, Alain-Martin Richard will act as moderator and theorist, commenting their respective practices as well as the issues encountered to date.

You are invited to Bar Chez Pierre, 3700 Notre-Dame West, at 2 p.m. on April 9 to share in a two-hour round-table discussion about these artistic experiences.

And if we were all intangible, where would war take place?

Experiences involve the scattering of texts about love, invisible actions set within urban landscapes, the mounting of light sensors in such a way as to "dislocate" construction sites. But, what can art—the pursuits of fictional characters operating within the confines of a limited urban body, stealth-actions initiated within the in(significance) of public space, cameras dissimulated on urban furniture—achieve by interfering in living spaces which supposedly constitute what is deemed “concrete reality?”

What can be accomplished by these subtle strategies—consisting of manoeuvres, of frail performance signals, of capturings of auras invisible to the naked eye—being deployed against the course, clamorous backdrop of the city? How can art achieve profound resonance—both on a rational and emotional level—with residents, passersby and the unaware? This is what we mean to explore and re-explore. Beyond classic symbols, outside the self-referential context of its own historicity, art’s place within society must be correlated to its place within the heart of man.

DARE-DARE invites you to a round table discussion where we will attempt to destabilize artists whose practices have focused on the micro-sensitive and made use of social context as medium during this year of miracles:

Masquerading as double agents of sorts, Massecar-d’Orion distributed texts by Roland Barthes—inspiring various reactions, including animosity and joy; Steve Giasson, in what resembled a Manichean orchestration of open spaces, distributed Fluxus-style actions with both a real and virtual component; Janie Julien-Fort distributed "surveillance" cameras on various urban building sites, uncovering the hidden dreamlike aspect of construction as it takes place over time.

Action invisibles [invisible actions] support proposals to escape systems, mercantilism, stardom, capital… These consist of evanescent and discrete forms that become trapped in living matter, an irreversible entropy… By means of politics, poetics and the re-appropriation of our primitive instincts, Actions invisibles puts forth the notion of art as the great game of life.

Is this type of practice real? What does it make of the other? Is the other included within the action? How does one transact with the other if he/she is unaware they are being addressed? Roles are less defined and perception of the object of art itself dissolves amidst the improvised interactions between artists and public. Nothing can be established as a convention, since the conventions of art are abolished within the singular presence. What is therefore this zone of sensitivity based on the transitory, the inconsistent and which is without formal space? A new zone of togetherness or another form of spectacle requiring new codes of interpretation?

Here are the projets this round-table is about :

Alain-Martin Richard lives and works in Quebec. Artist of manoeuvre and performance, he has presented his work in North America, Europe and Asia. He is still activ also as curator, critic and essayist. He has published in numerous magazins articles on theater, performance, installation and manoeuvre. Ex-member of the collective Inter/Le Lieu and The Nomads, he is now involved with Les Causes perdues and Folie/Culture. His productions are often deployed on multiple planes of reality such as the Atopie textuelle (2000) and The Route to Rosa (2006), or Trou de mémoire, still in production. He published in 2014 Performances, Manœuvres and Other Hypotheses for Disappearing, a monograph exploring the relation between art and society.

His latest productions are based on the local community and always incorporate the some aspects of what he calls the "human landscape". In each case, one should discover how the social can unfurl in the public space with its political, economical, libidinal relations.

Steve Giasson is a conceptual artist who uses a wide variety of forms and mediums (conceptual writing, performances, installation, video...) in order to transgress genders and interrogate their limits. He has 20 publications to his credit and he is currently pursuing a doctorate in education and arts practices (UQAM). His work has featured in nine different countries in North America and Europe, including at the Liverpool Biennial 2012 (Liverpool), the Museum Brandhorst (Munich) and the Gagosian Gallery (NYC and Paris). He is the winner of the Prix de La Vitrine culturelle (prize of the cultural showcase) for an emerging artist and of a distinction of the Cirque du Soleil, awarded within the framework of the Art Souterrain 2015.

Originally from Rouyn-Noranda, Janie Julien-Fort is currently based in Montreal. Following studies in photography, she obtained a Bachelor of Education and a Master of Visual and Media Arts from UQAM. In 2011, she completed an internship at the Le Fresnoy-Studio national des arts contemporains in France. Julien-Fort is also a recipient of the Fondation Sylvie et Simon Blais Award for Emerging Visual Artists (2012), the Charest-Wallot merit scholarship, the Excellence Fellowship from UQAM’s Fonds à l'Accessibilité et à la Réussite des Études (FARE) and research grants from the Conseil des arts et des lettres du Québec and the Fonds de recherche Société et culture. She has participated in several exhibitions and events throughout Canada and abroad, notably at the Palais de Tokyo, Paris; the KW Institute for Contemporary Art, Berlin within the framework of the ARTE Video Night; the Galerie Simon Blais; the Parisian Laundry; the Centre d'exposition de Val-d'Or; and at l’Écart—a contemporary art space. She is a member of the Board of Directors of the artist centre, le Cabinet, espace de production photographique.