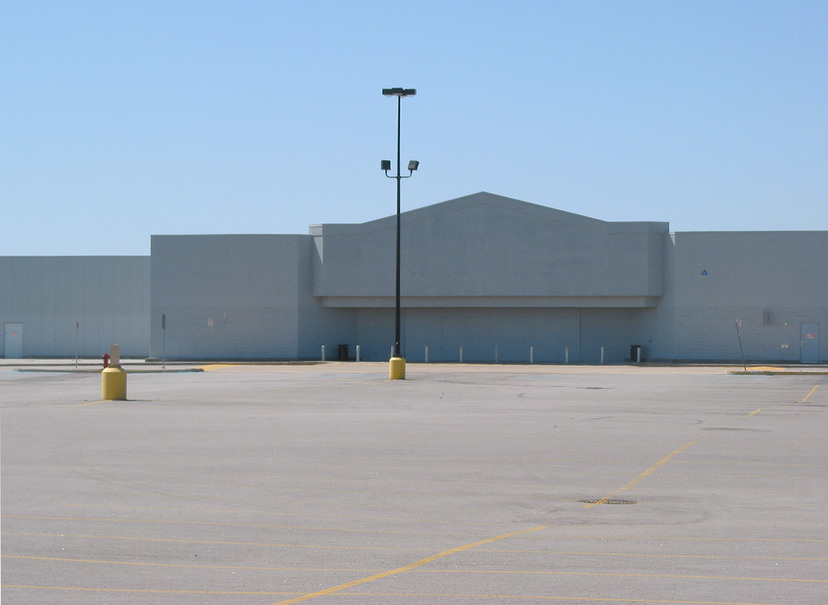 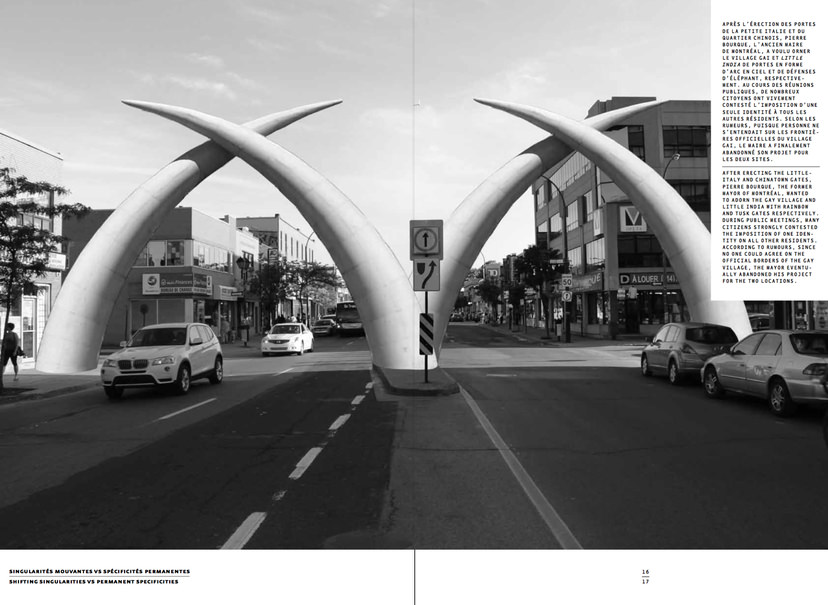 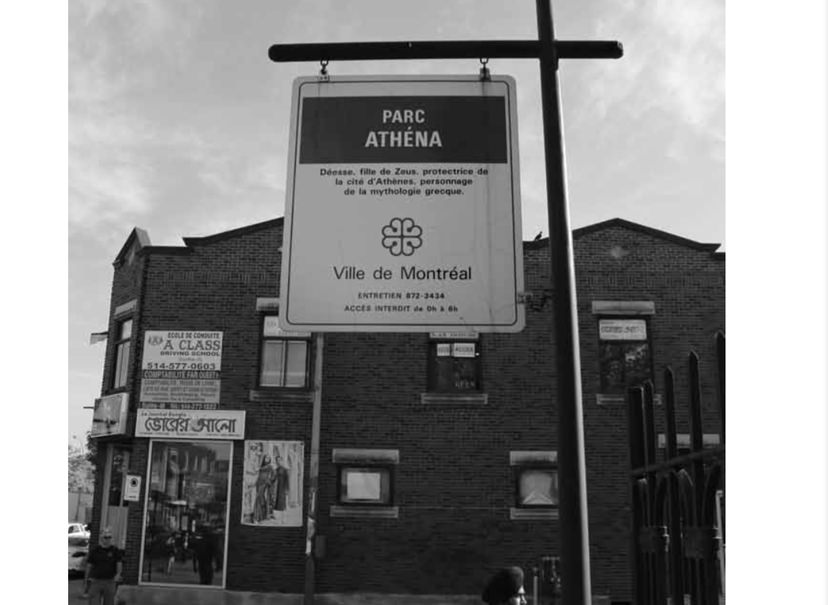 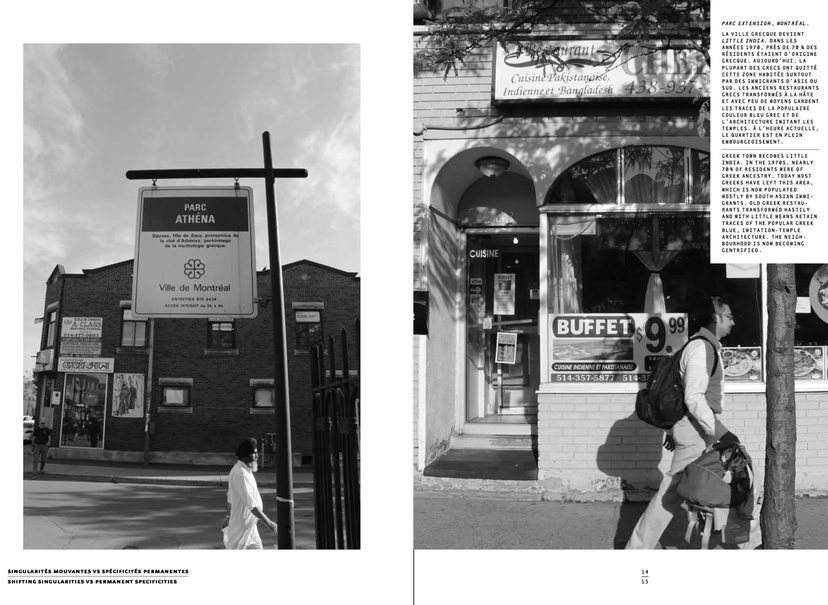 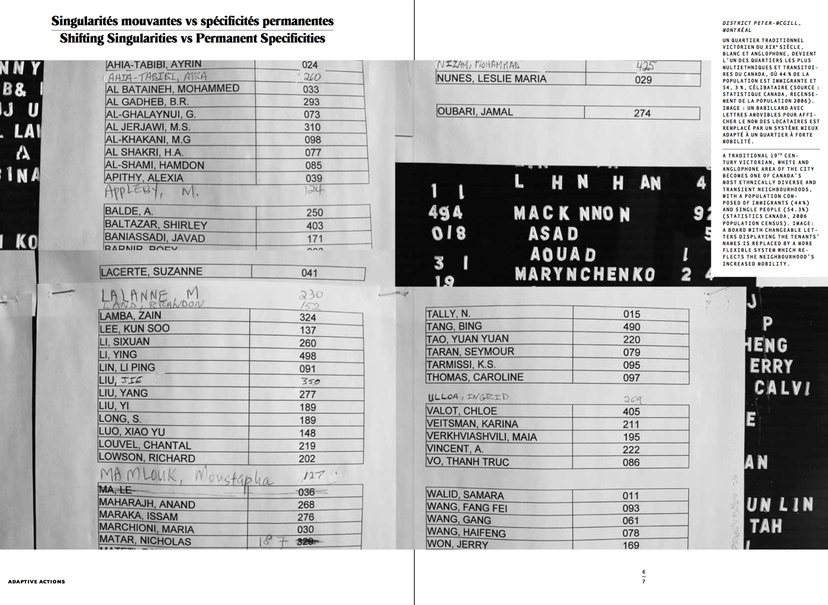 Spaces and situations in the contemporary city

This workshop will stem from different personal and collective experiences, and will result in different artistic projects : interventions on rooftops, around generic and historical landmarks, in Montreal’s underground, on vacant lots and on university campuses, train stations, work spaces and in over-booked or hyper-surveiled spaces, and with a specific community.

Participants in this workshop will explore the contemporary city through different spatial, political and social theories and practices. During the formation, different issues and paradoxes of the global city will be discussed, among which the uniformisation brought by a neoliberal economy, the augmentation of disparities, the apparition of new divisions, the increase in sedentary lifestyle despite an expansion of mobility, as well as the hybrid and the decrease of biodiversity.

However, despite these realities, technological acceleration and buzzing city activity, it is possible to observe a variety of artistic spaces and actions; situational, inventive, unsusual, which oppose to a normative urbanism devoted essentially to production and efficiency. Participants will then witness, during these three days of workshops and with the help of many case studies, how, despite the pressure of uniformity which affects cities of the world, communities and individuals (in arts or other disciplines) can resist by preserving or reinventing their lifestyles and nurturing another way of living together.

This project takes interest in artists, authors, curators or artistic project managers from all artistic disciplines who desire to deepen their reflexion on the city regarding development of new projects.

Based on the study and exploration of three spaces and situations, this formation will be an opportunity to expand participant’s knowledge and develop a reflexion on contemporary city : hybrid and under transformation. Through an observation and study of different contexts and corresponding artistic realizations, participants will be able to choose a specific site for an intervention, according to a concept, or vice-versa. The goal is to allow the development of a critical approach to different spaces and situations that define contemporary cities. They will be able to narrow down issues at stake in a specific context, and to identify its difficulties, its complexity and its potentials, in view of the realization of an artwork that could take many forms (text, performance, urban intervention, video, illustration, sculpture…). Together they will explore simultaneously the local realities of an area and its macro aspects, often less appearant but often not less decisive.

The workshop will allow, among other things, participants to differentiate critical aspects of vacant lots in Montreal, Miami or Sao Paulo, which, despite appearing similar, are often very different, for political, legal and judicial reasons. Using a diversity of media to express it, they will be brought to deliver thoughts on a situation or an existing or emerging condition. These thoughts will serve as a basis to study, reconfigure, imagine or conceptualize new artistic creations aiming to enable new relational forms and urban reflexions.

This workshop will start from different personal and collective experiences, during which different artistic projects will take place : rooftop interventions, generic and historical landmarks, in Montreal’s underground, on vacant lots and on university campuses, train stations, work spaces and in over-booked or hyper-surveiled spaces, and with a specific community.

Including moments of walking through the city, participants will study, explore and visit three spaces and situations in many cities, but mostly in Montreal, and are the following :

A final, and festive, meeting, supported by DARE-DARE, Montreal multidisciplinary arts centre will be held on the evening of Thursday June 20, on a vacant lot, Marconi Street in the Petite-Patrie area of Montreal.

Graduate in architecture and environmental design, artist Jean-François Prost is interested in new urban research territories, in the margins of the oft-chosen urban zones : may it be neglected areas (and situations), undetermined or other hyper-controlled spaces, with no apparant use. The proposed actions firstly touch the notion of art as a resistance action, a state of mind and a device to propose or exchange ideas. His work reactivates and promotes social engagement and defends the presence of art everywhere and at all times. He is founder of Adaptive Actions (2007) and co-founder of Atelier SYN- (2000).