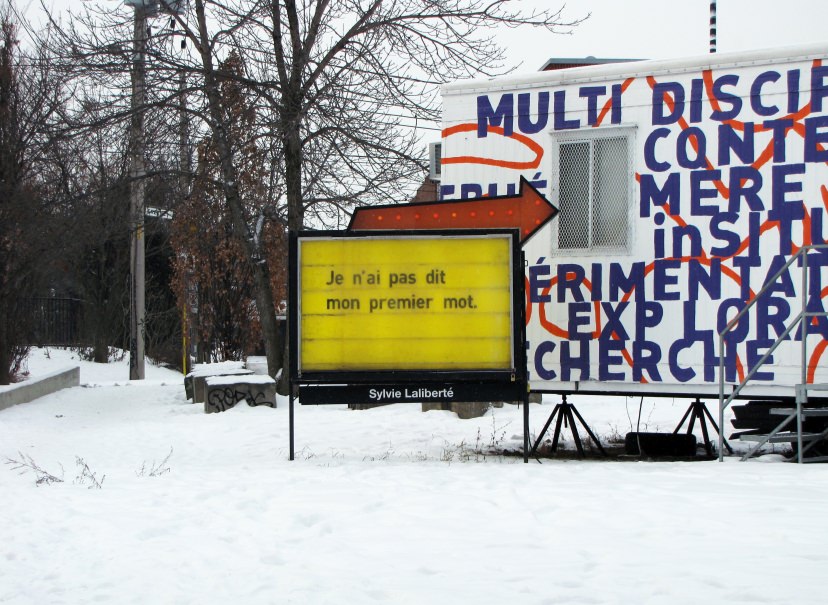 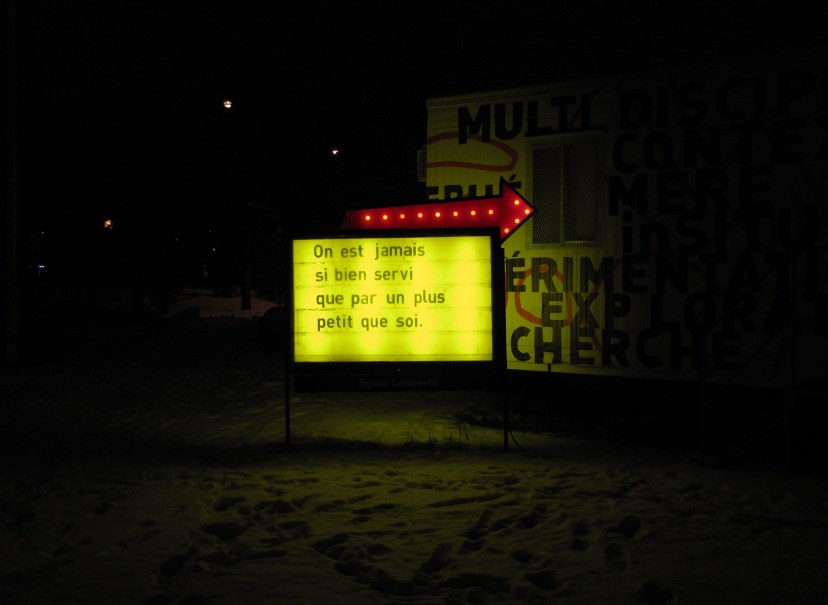 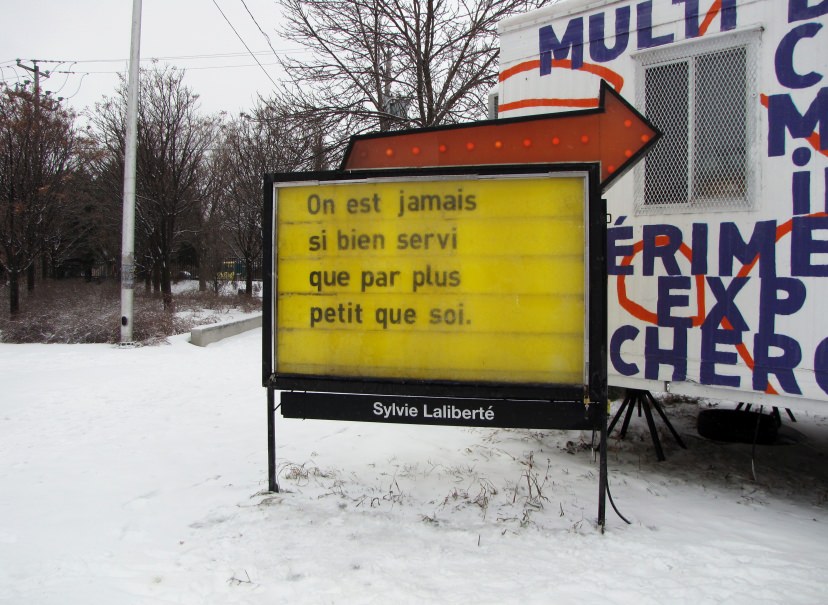 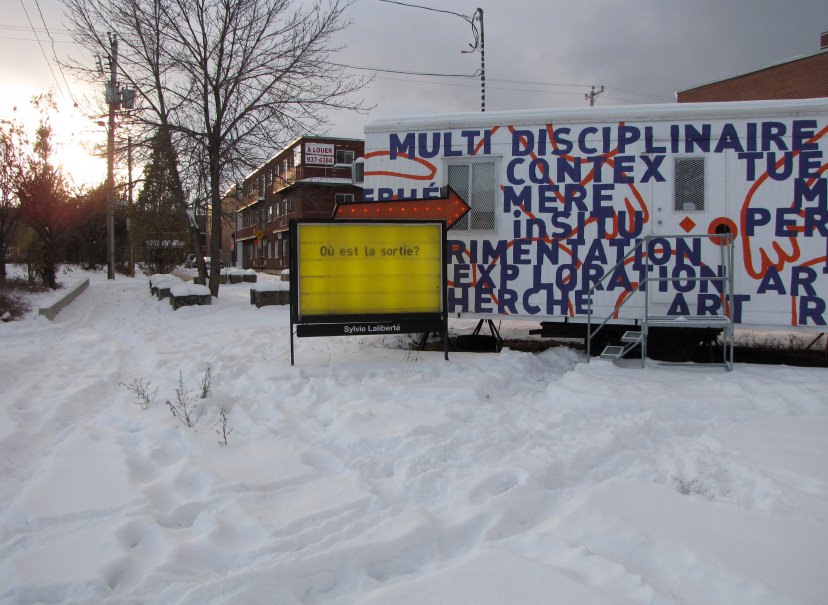 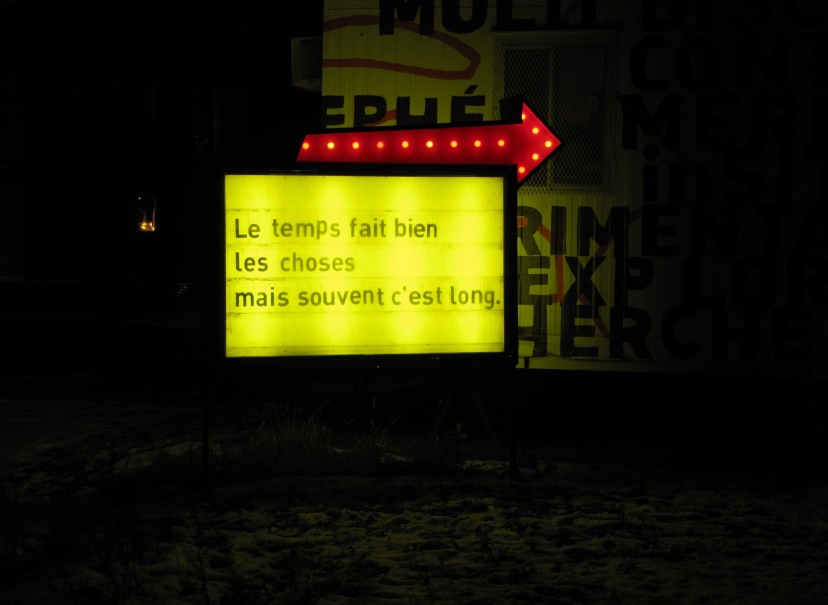 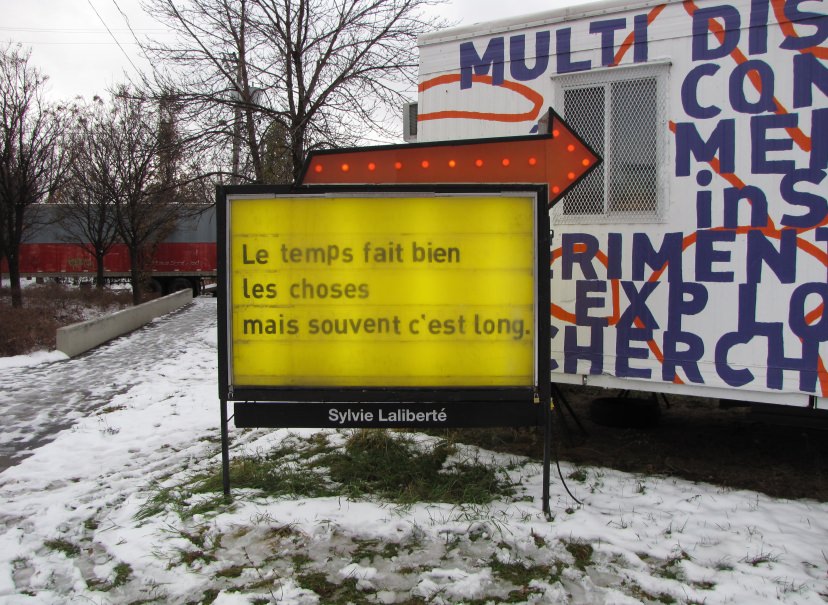 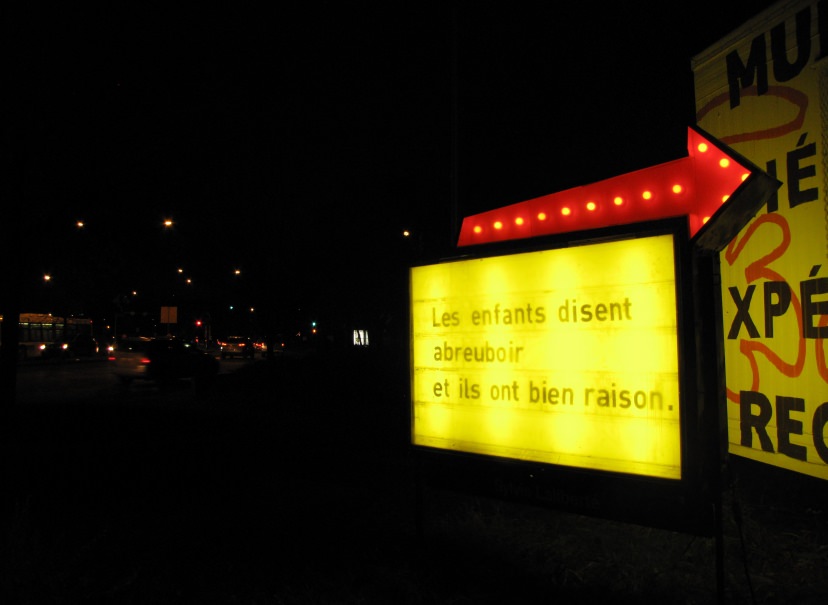 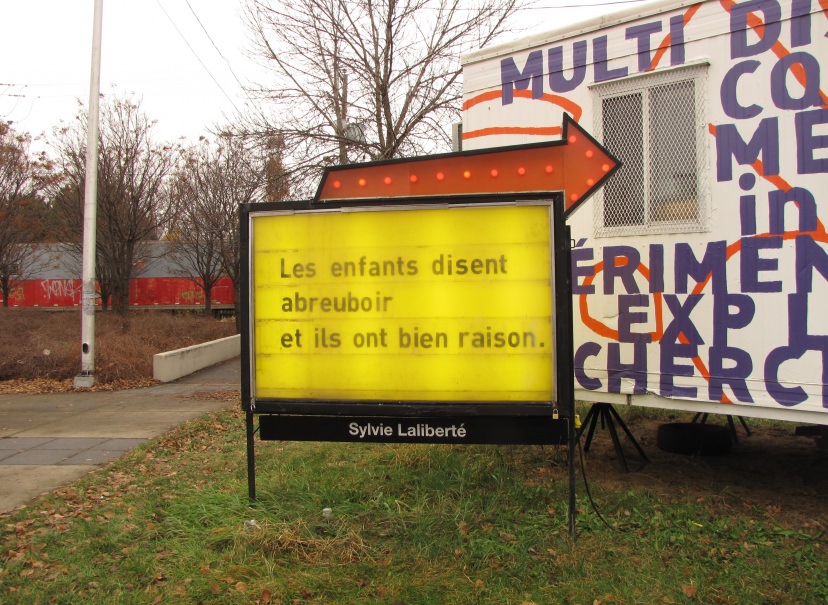 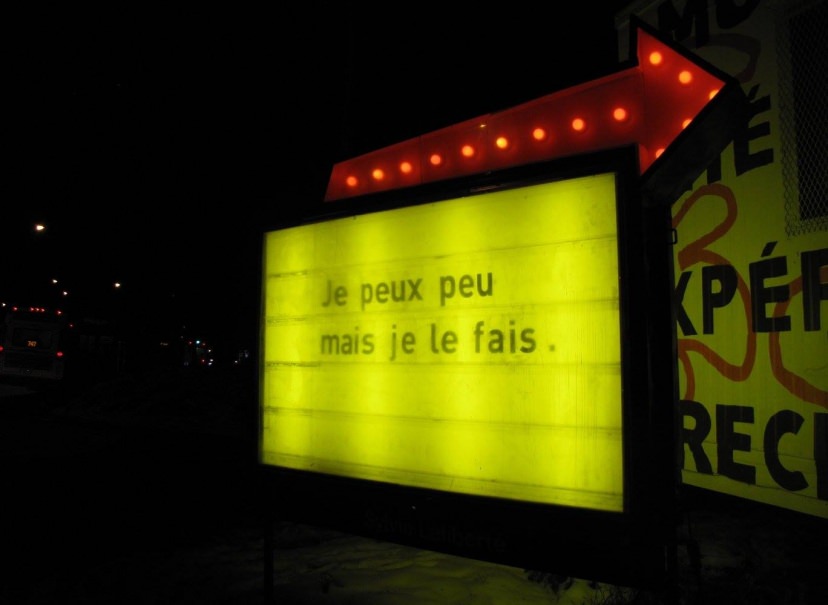 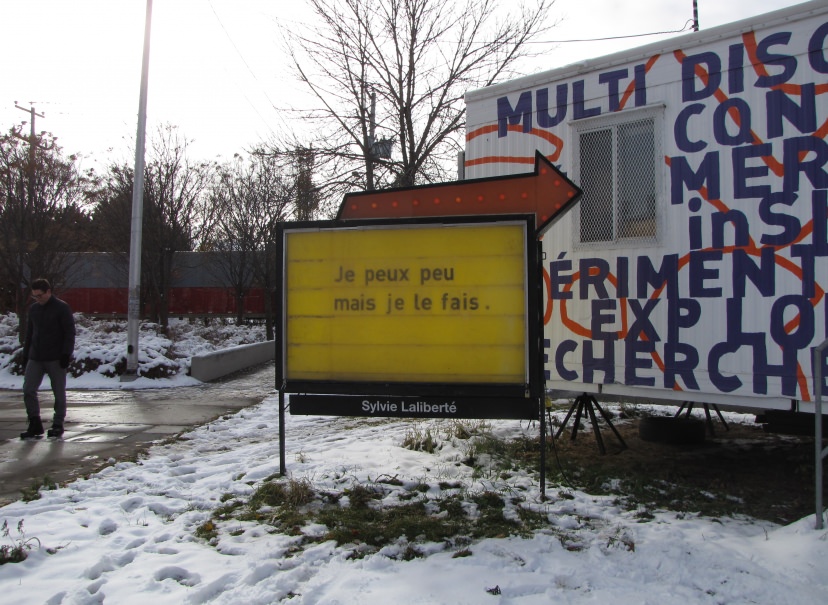 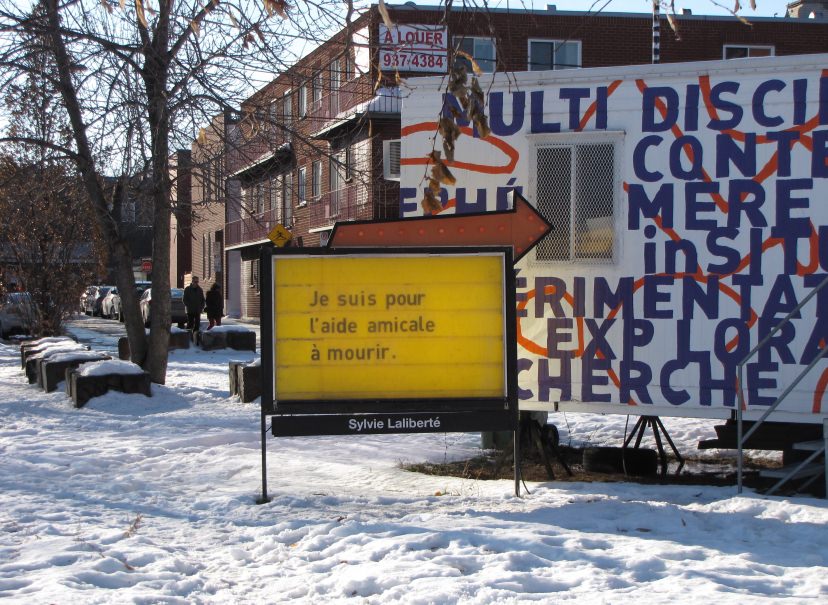 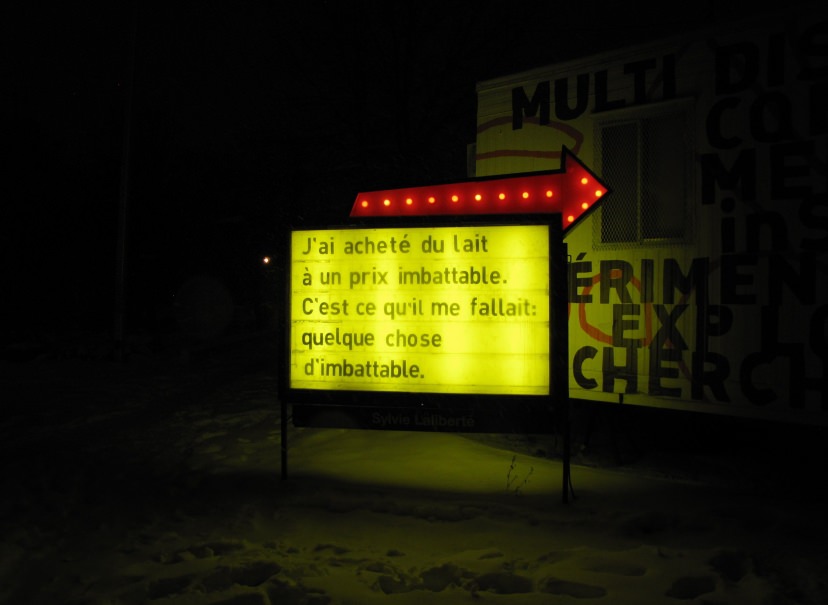 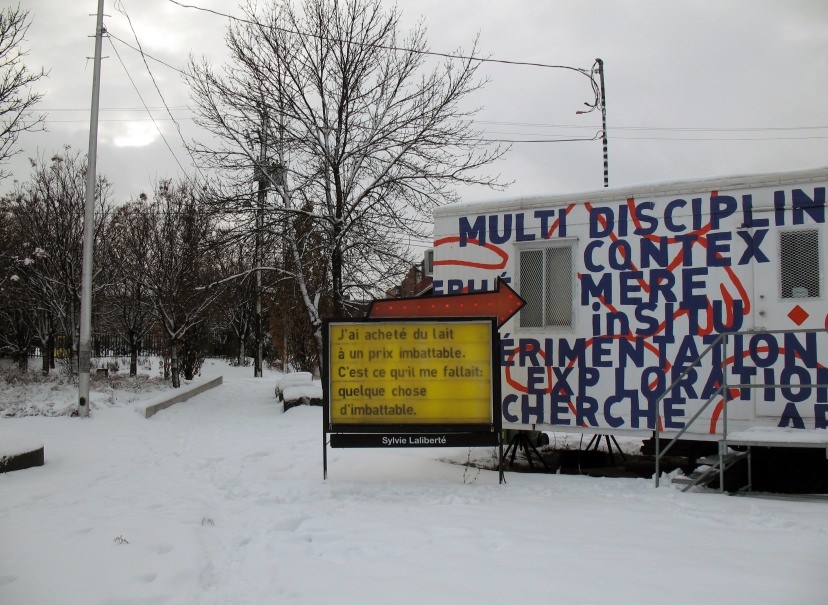 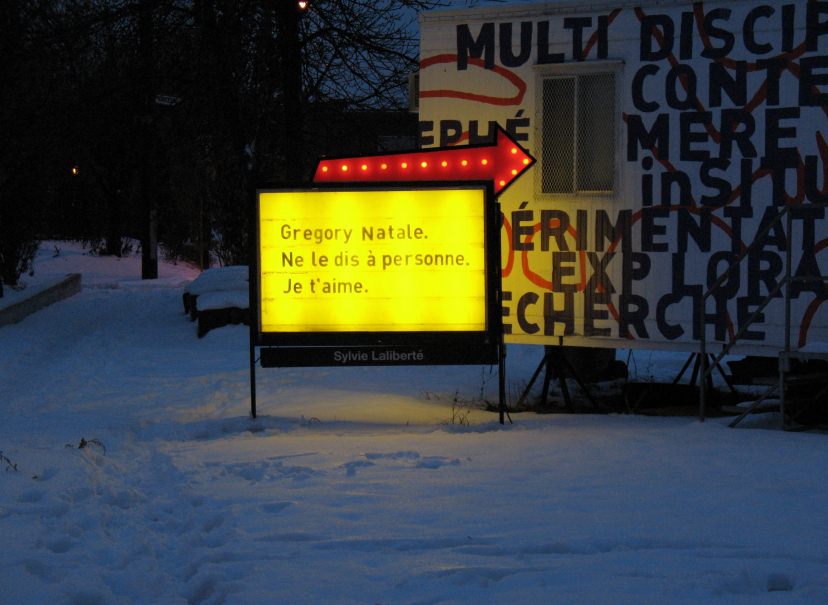 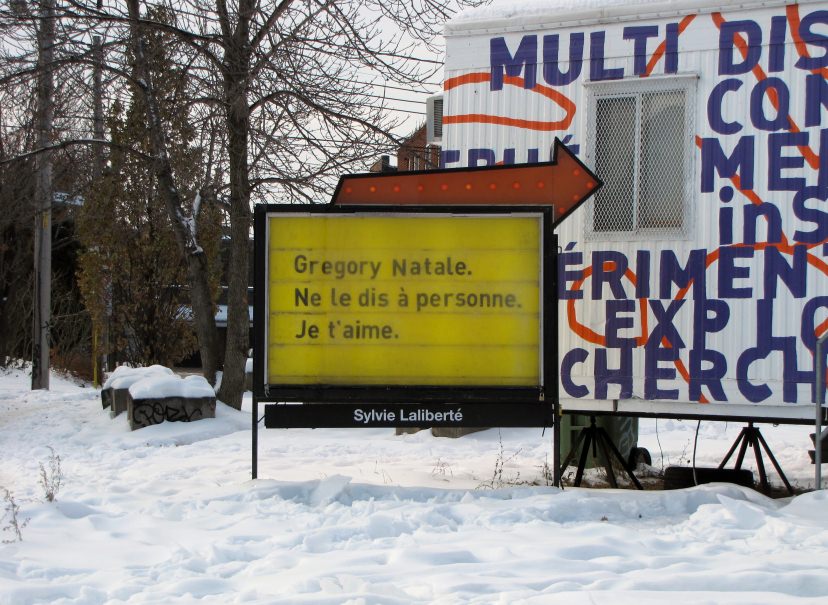 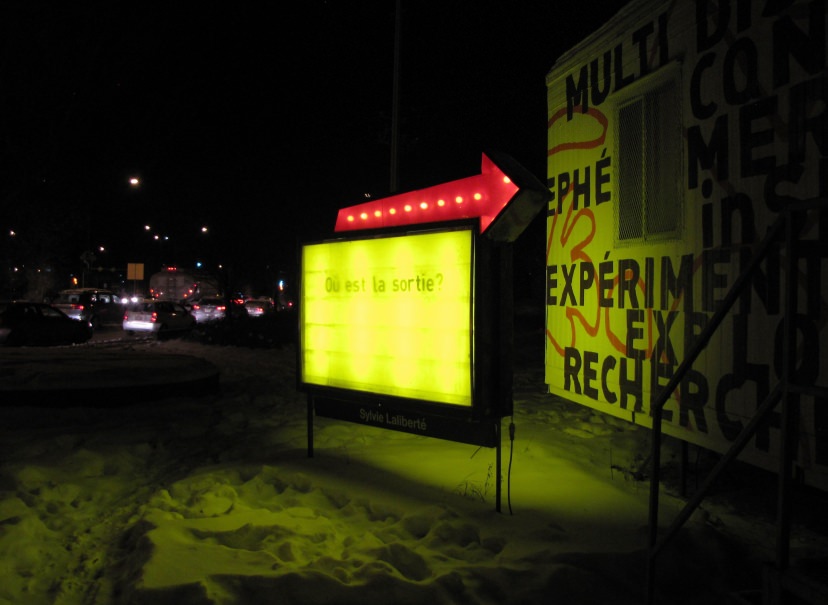 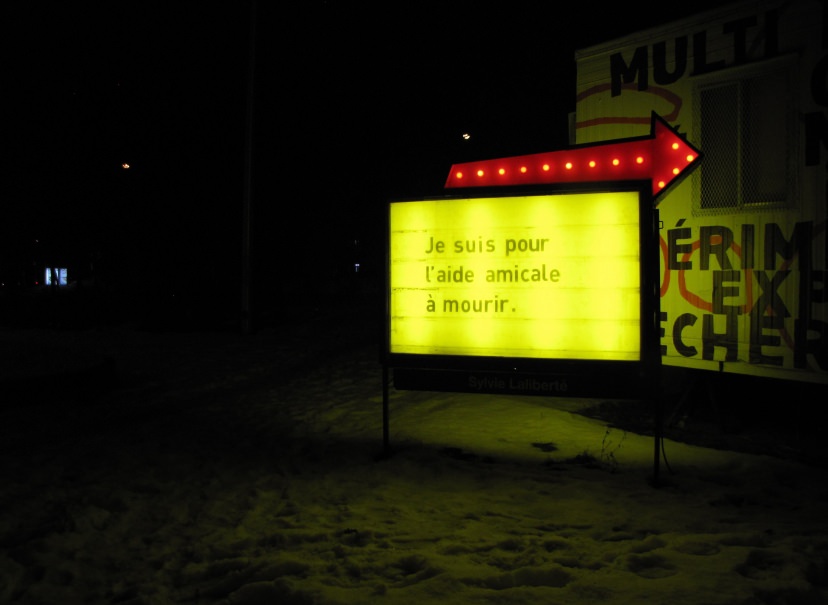 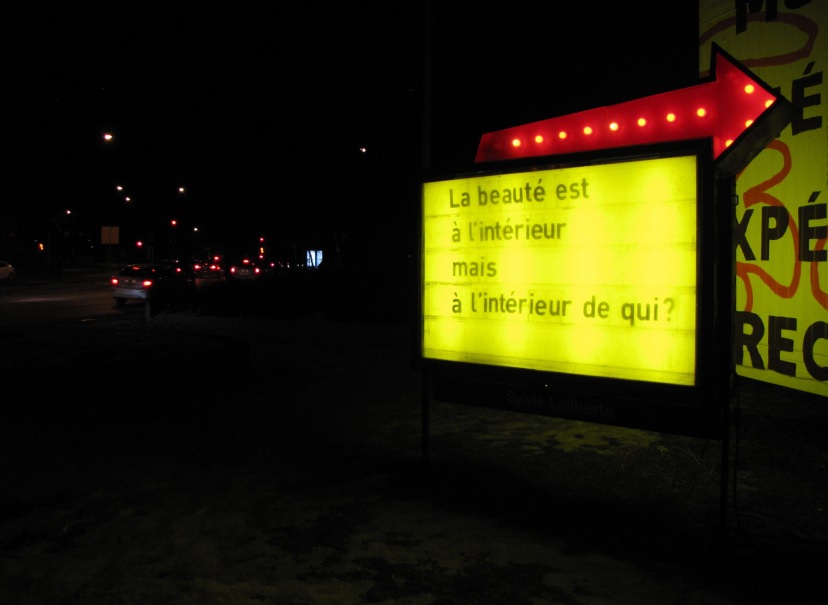 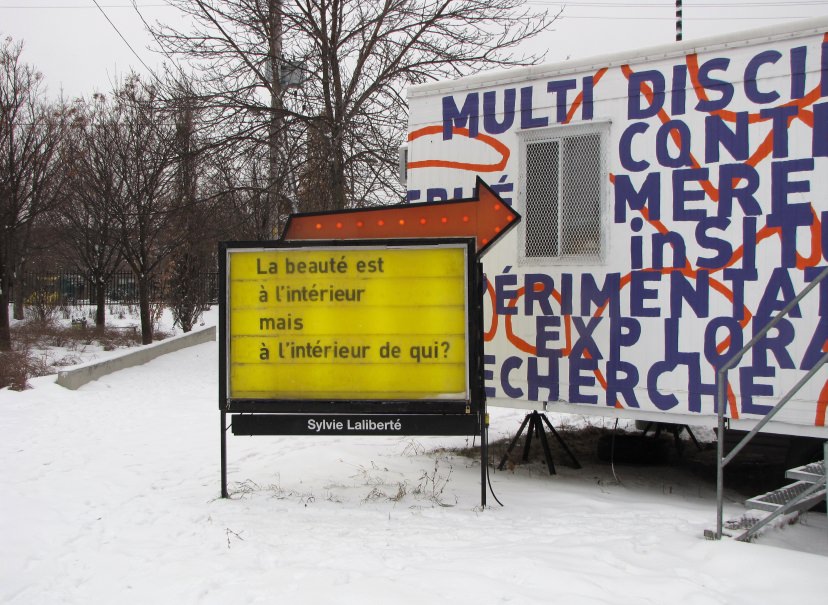 I really like the yellow sign. I like its free side and its democratic effect. Finally an invitation to read a message in the public space that is not an advertisement, but simply a sentence that contains its own code of reading.

The yellow sign thwarts the idea that everything must have a reason for being and a easily identifiable function. Because art is freer than expected, I want to present simple everyday sentences. Small moments in words.

I love the displacement that the yellow sign operates: rather than a menu of the day or the price of rooms in a motel, the passer-by can read my sentences, simple and concise, whose only goal is to give back a little moment of the present.

I just want to let the reader-passer-by pass, do his/her work of perception, reading and interpretation. When a sentence pops up where we did not expect it.