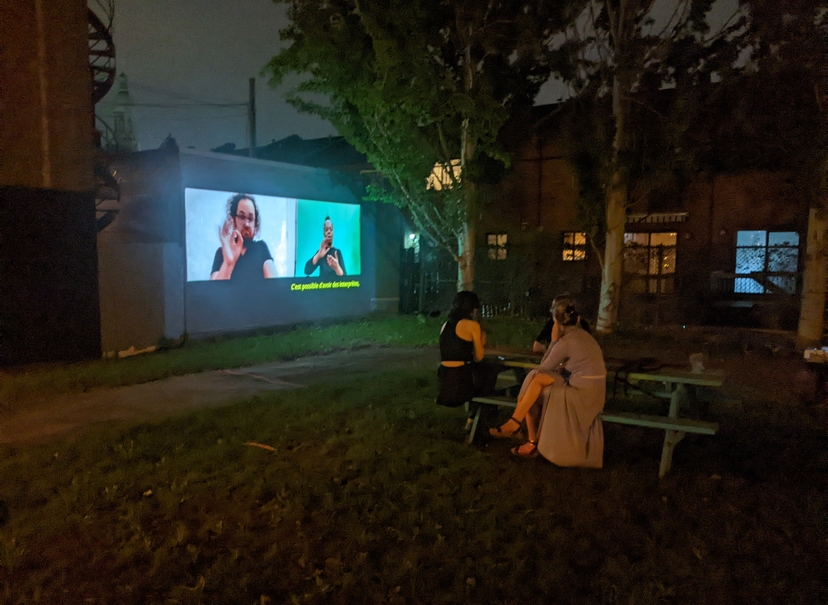 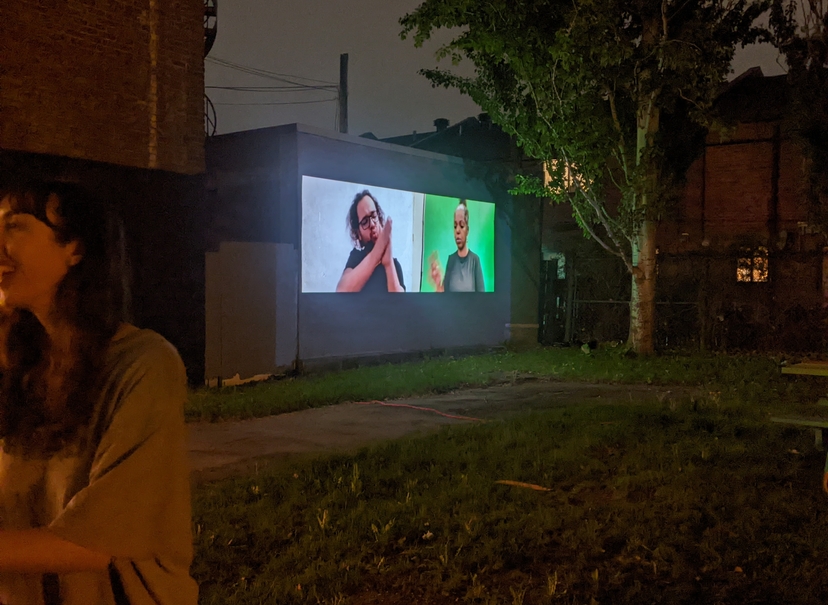 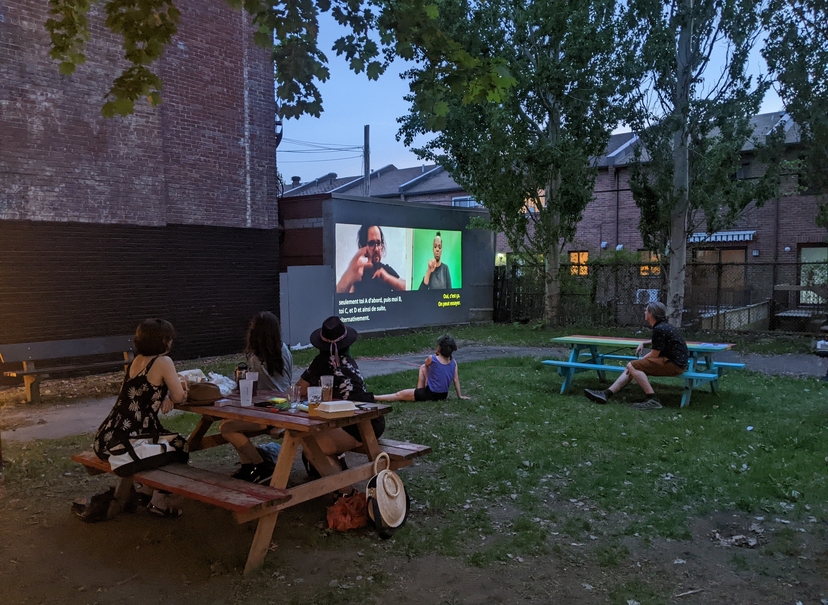 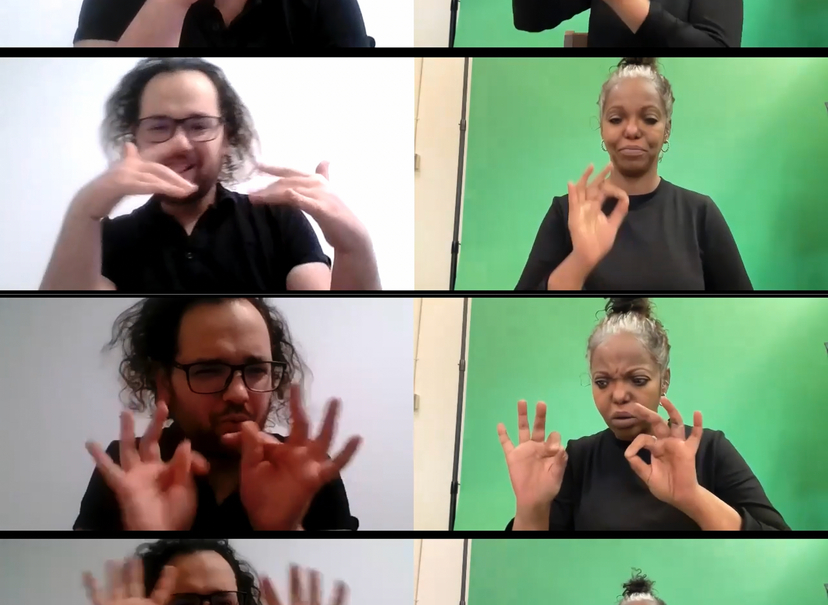 May 14, 2022 - May 21, 2022
The project will be presented in video format, both here on this page and as an outdoor projection in the Sainte-Cunégonde park:

As part of its TRADUCTION programming, DARE-DARE presents a work by Polish artists Wojtek Ziemilski and Adam Stoyanov.

Playwright Wojtek Ziemilski and deaf poet and actor Adam Stoyanov, who promotes Polish sign language in his work, have conceived a video work (44 min) entitled "Common signs/Znaki Wspólne". The project aims to highlight sign language, which is often overlooked when talking about cultural diversity and minorities. They met with deaf poet and artist Hodan Ismaël Youssouf, who uses Quebec sign language, to create a poem departing from what the two artists can understand together, or misunderstand. It is a poem constructed by connecting the two languages, the two local cultures, the differences and similarities of each other, with the ultimate goal of creating a common language.

An encounter that is a work. A poem created in two languages simultaneously. More precisely, in two sign languages: Quebec Sign Language and Polish Sign Language. Two poets communicate without a common language. How will they find a way to poetry that can be co-signed? And how can non-deaf people witness this encounter?

Wojtek Ziemilski is a theatre director and visual artist.  His performances have been shown in over 20 countries, at events such as the Ruhrtriennale, the Prague Quadriennial, the Divine Comedy Festival, and won awards such as the Main Prize of the Zürcher Theater Spektakel or the Main Prize of the Fast Forward Festival in Dresden. Ziemilski extends the idea of documentary performance. His work is often an inquiry into spectatorship and the possibility for action. By using tools such as devising, real-time composition, but also references from the world of visual arts and various media, he builds universes that combine aesthetic experience with intellectual inquiry.

Adam Stoyanov has been deaf since birth. In everyday life, he uses Polish Sign Language (PSL), which is his (first) mother tongue. His whole family is deaf, from his grandmother and grandfather to his uncles and brothers.

Adam is a poet in sign language and visual vernacular. He has won numerous awards in the fields of acting and PJM arts, including 1st place and the audience award at the Sign Poetry Festival in Krakow (2014). He is currently an actor in the play "A Gesture" (directed by Wojtek Ziemilski, production Nowy Teatr in Warsaw) and in "Opera for the Deaf", of which he is also the author of the libretto in PJM (directed by Wojtek Zrałek-Kossakowski). He participates in the cultural activities of the Polish Association of the Deaf, where he has published 26 works of signed poetry, and translated Polish literature into this language (with the support of a translator). He also collaborates with other institutions, such as the Zachęta National Gallery. Recently, Adam performed in Wojtek Ziemilski's monodrama "In Translation", where he interprets poems by the Polish poet Tadeusz Różewicz.

Born in Somalia, Hodan Youssouf has been deaf since childhood. Immigrating to Canada in 1989 after being a refugee with her siblings in France, Youssouf has been very active in the Deaf community in Montreal. Since 2010, she has been working as a teacher's aide with deaf students at Gadbois School. She also collaborates with Cinéall, an organization that works to find innovative communication solutions between the Deaf and hearing worlds. Interested in theater, she participated in the casting of the play Romeo and Juliet adapted into American Sign Language (ASL) in Toronto. A committed poet and actress, she has also taken part in a multitude of projects over the years both in Quebec and abroad.