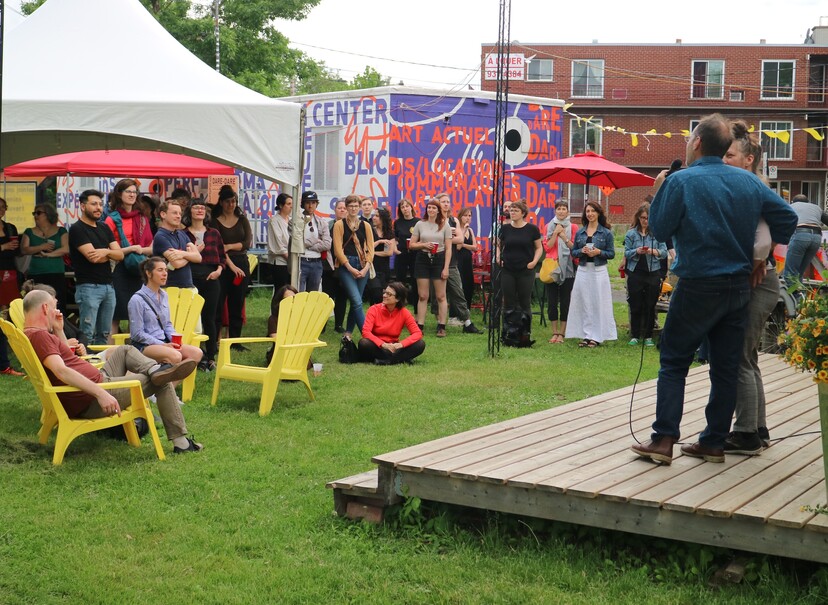 Context | The urban articulation project DIS/LOCATION derives its title from a diverging and complementary stance, welded together with a forward slash. Thus, through this play, notions related to movement, nomadism, drift and loss of landmarks intersect those connected to anchoring, immobility, positioning and linked to place and context.

Since 2004, DIS/LOCATION has increased the quantity of artistic interventions in public space, which operate under the banner of furtive art, invisibility, and the promotion and exploration of marginalized contexts.

Each year, we present a call for applications to artists of all disciplines, so that they can present us with projects to be carried out in the public spaces that surround our current location, or that question the so-called public space. Over the years, we have therefore carried out projects that have taken over the Web, radio stations, semi-public spaces such as taxis, hospitals, waiting rooms, etc.

These include projects that take the form of installations, performances, infiltrations, documented encounters, documentary films, etc.

This involves inviting artists over a period of 1 to 2 months for a theoretical research residency documented on the issues of current art in public space. The residency concludes with a public conference-type presentation and the production of a printed booklet (or any other form of dissemination).

Borrowing from short form sentence structure such as slogans, haikus or tweets, these short phrases, aphorisms, onomatopoeias, poems or questions are showcased for a week's time on an illuminated sign. The texts are visible, day and night, for the thousands of passers-by that transit through the area surrounding the artist-run centre's mobile trailer.