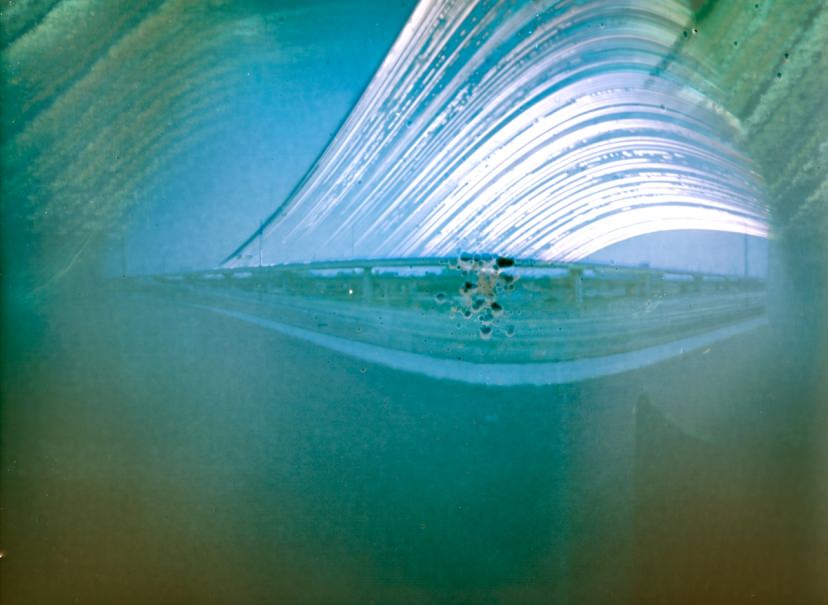 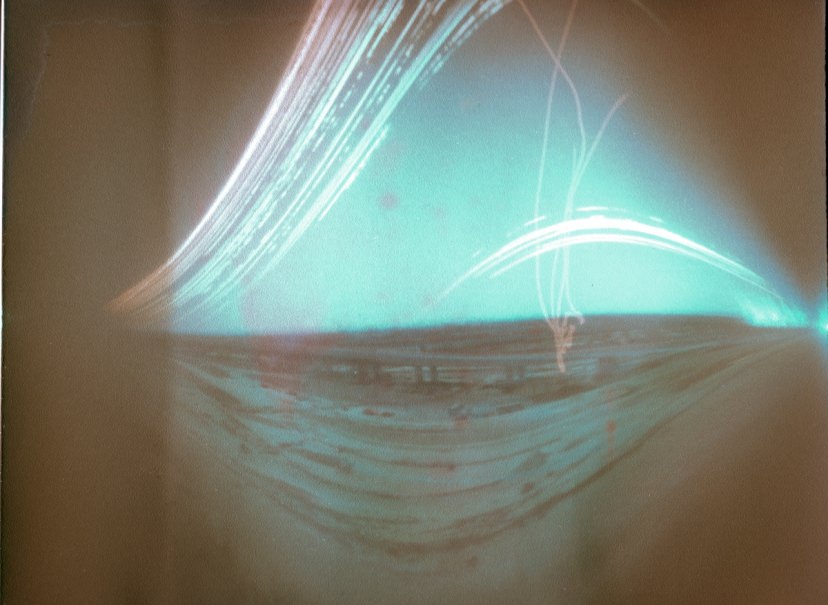 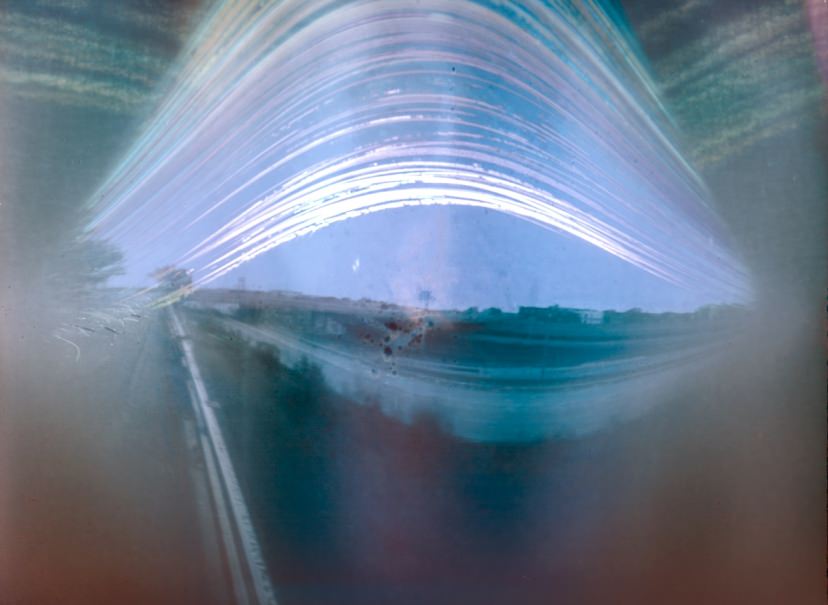 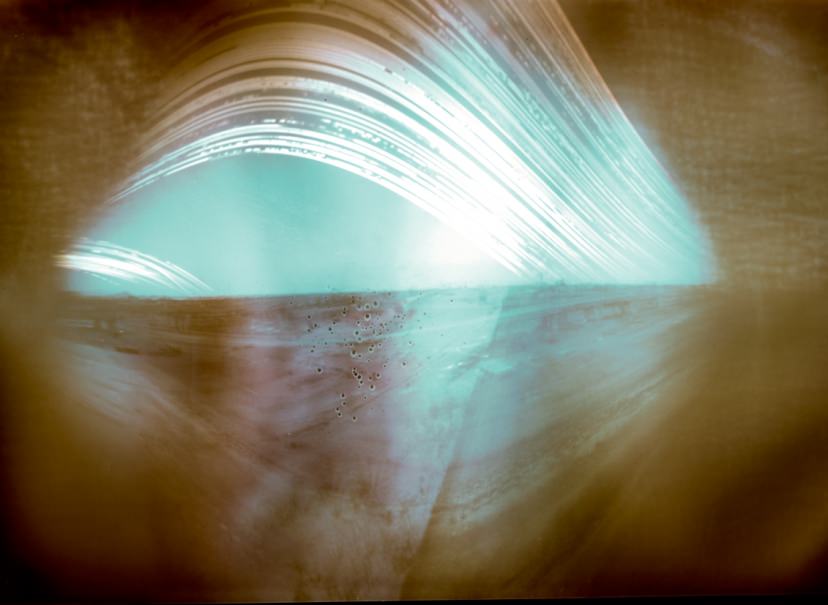 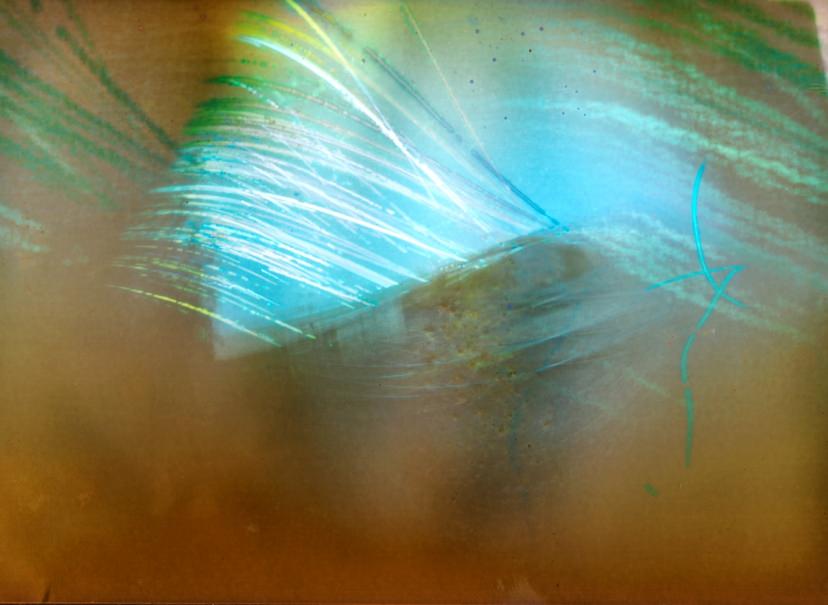 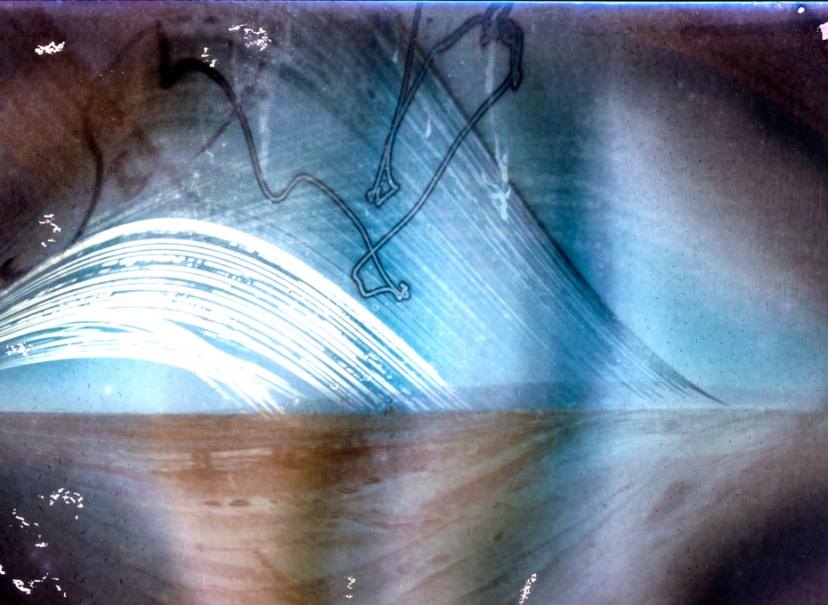 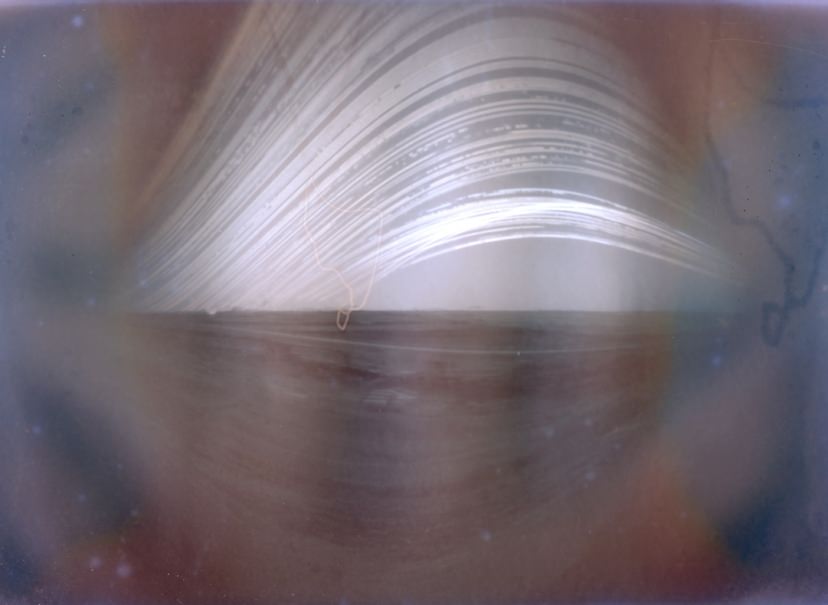 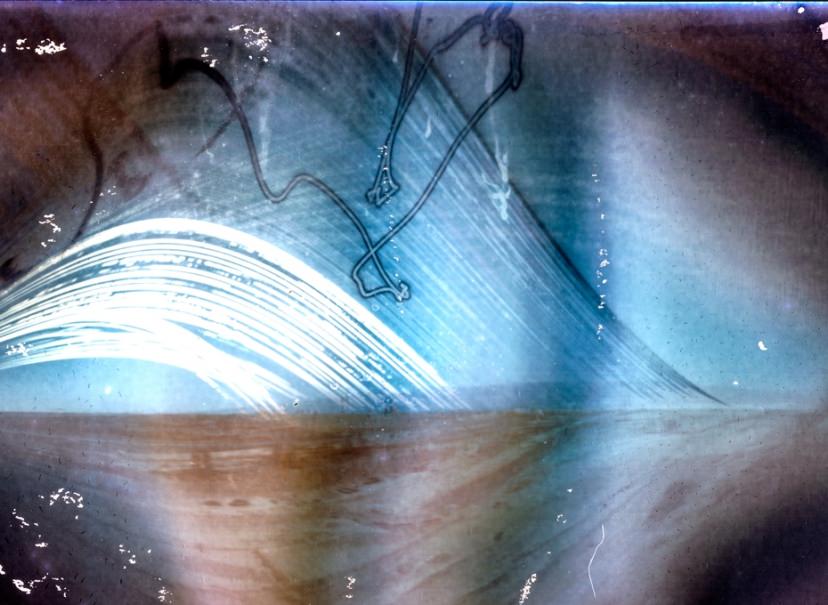 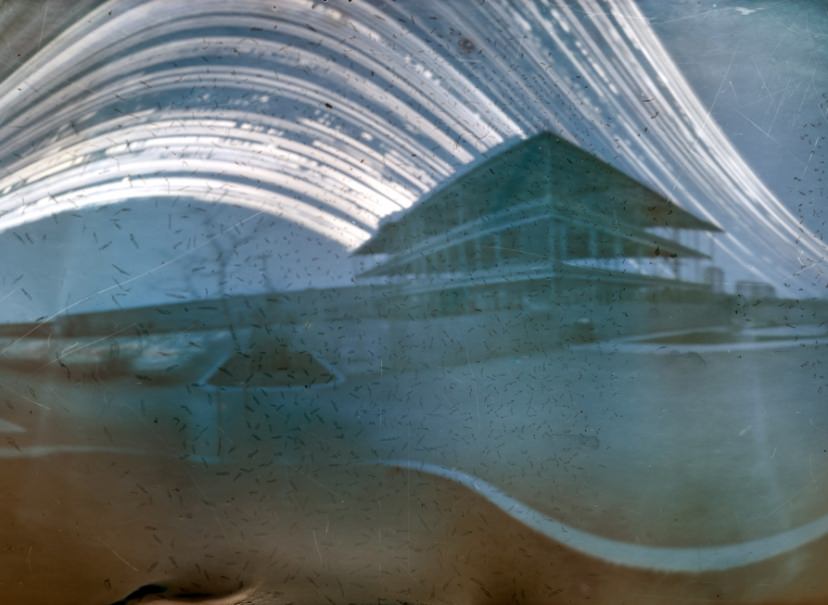 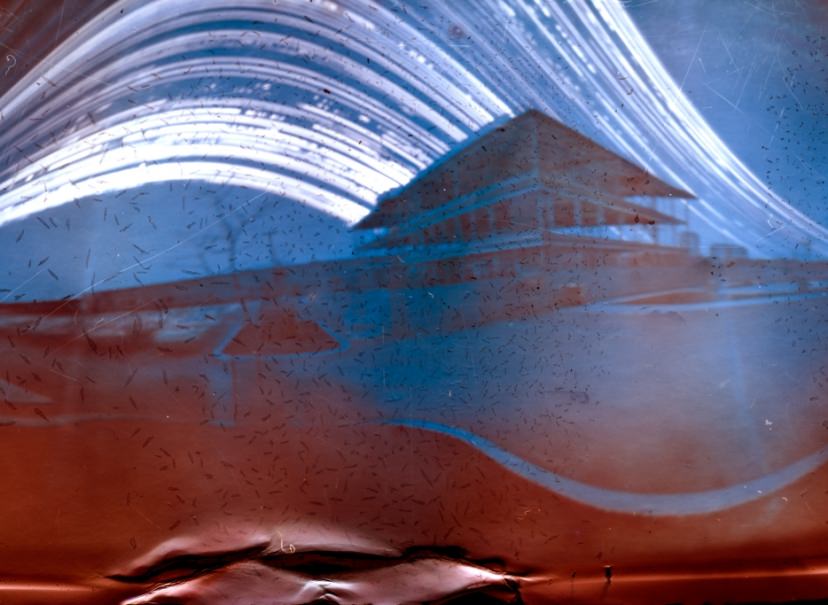 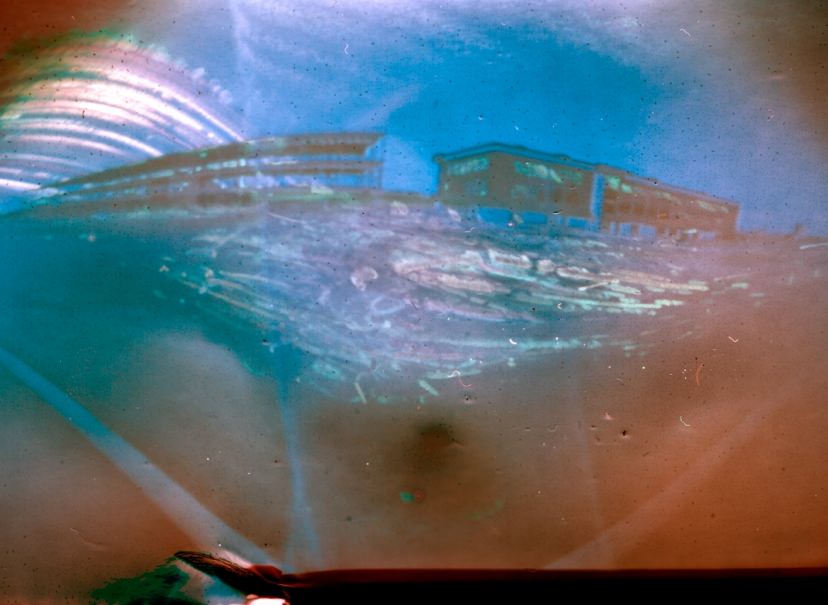 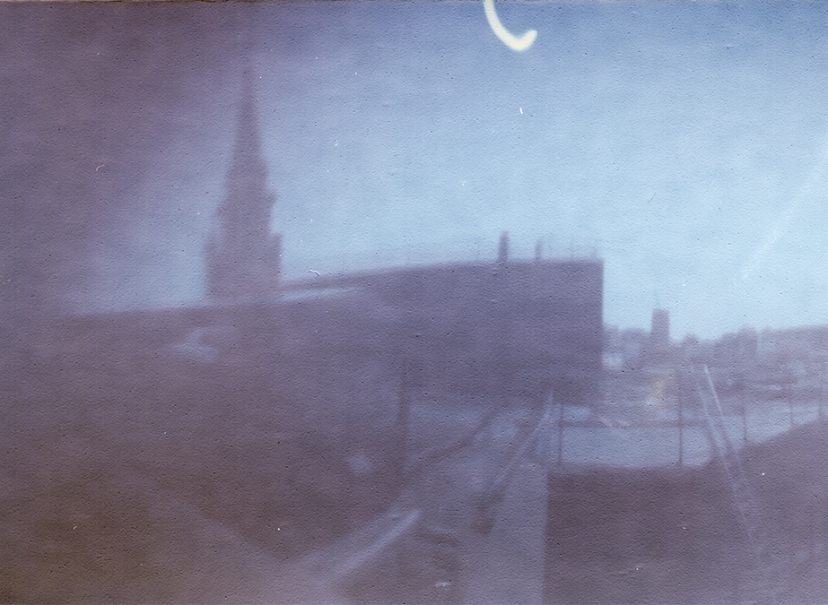 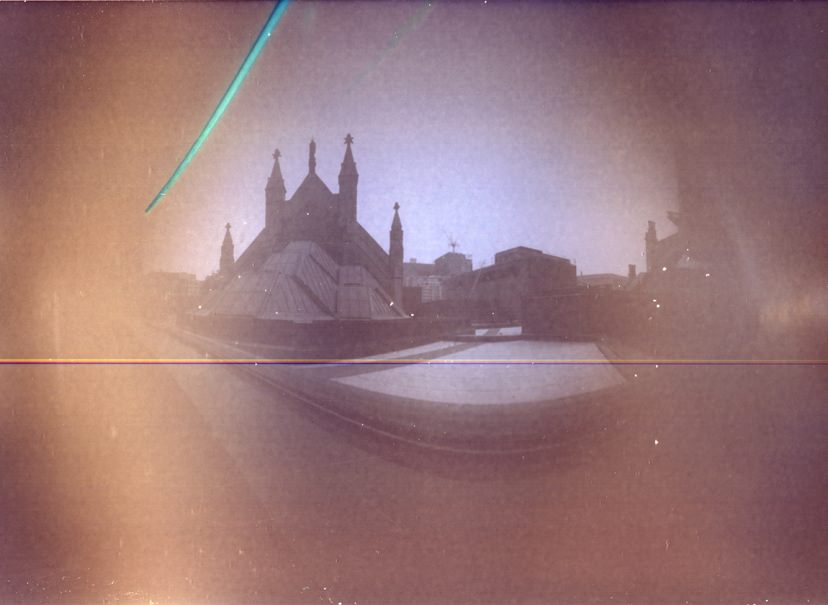 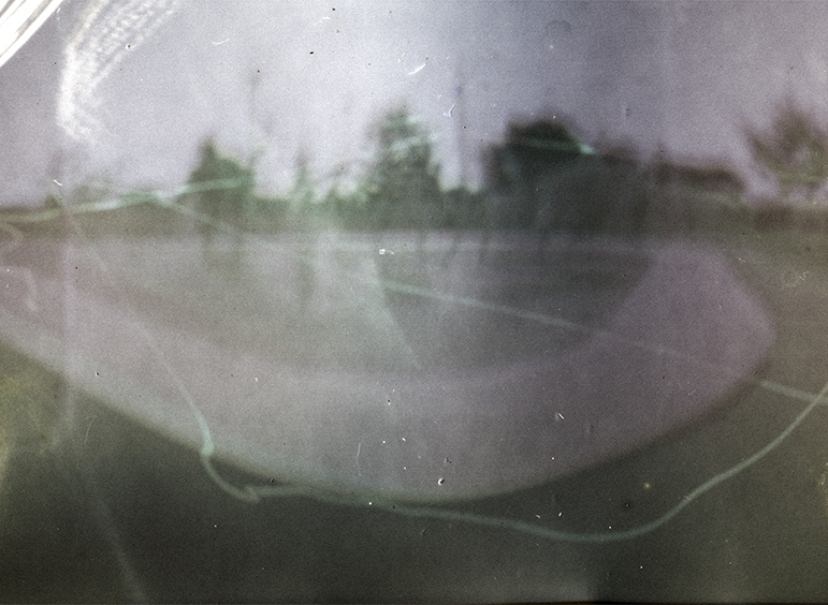 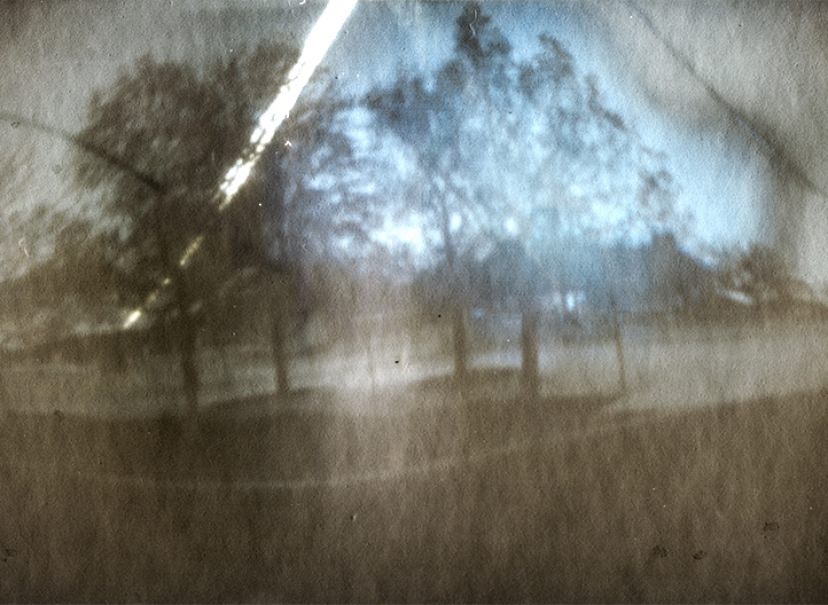 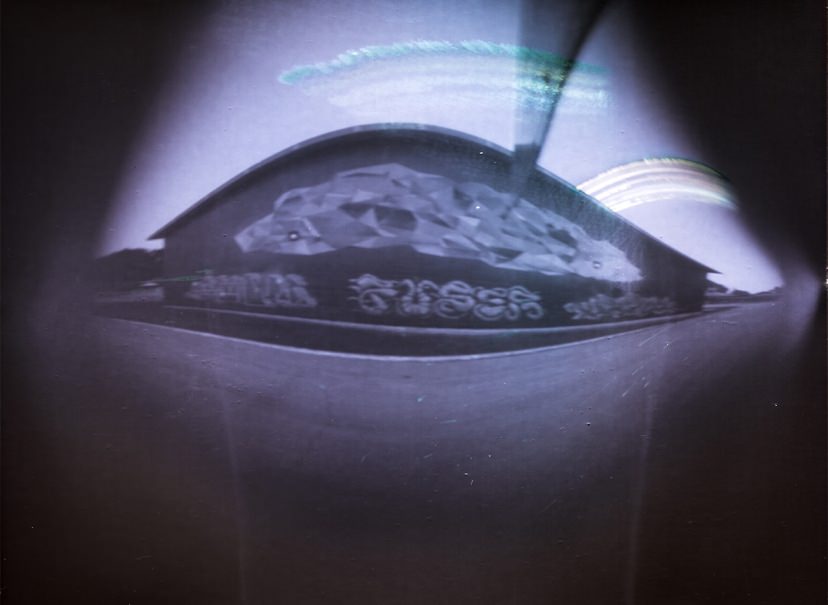 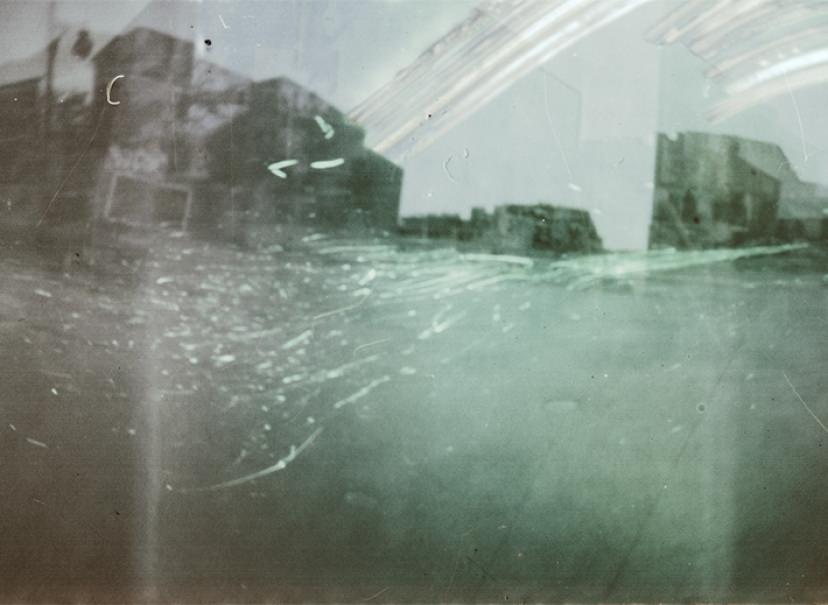 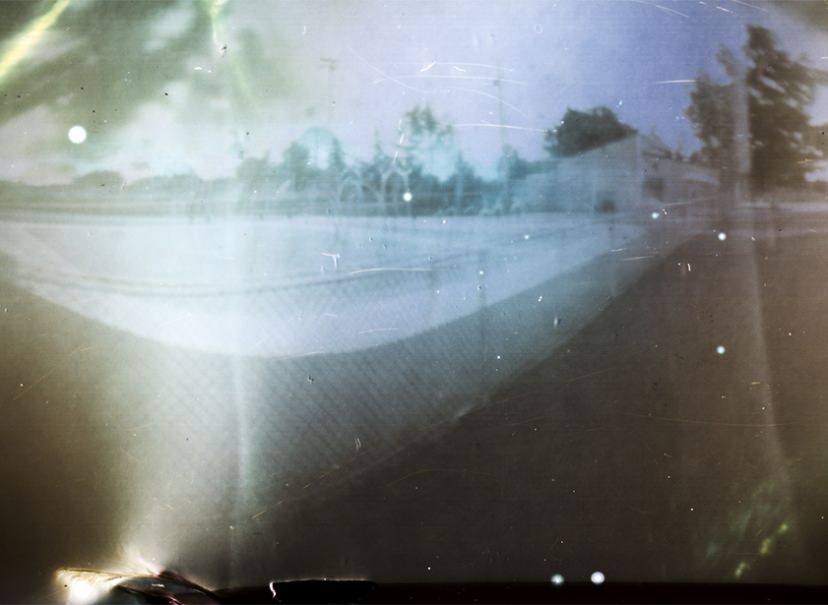 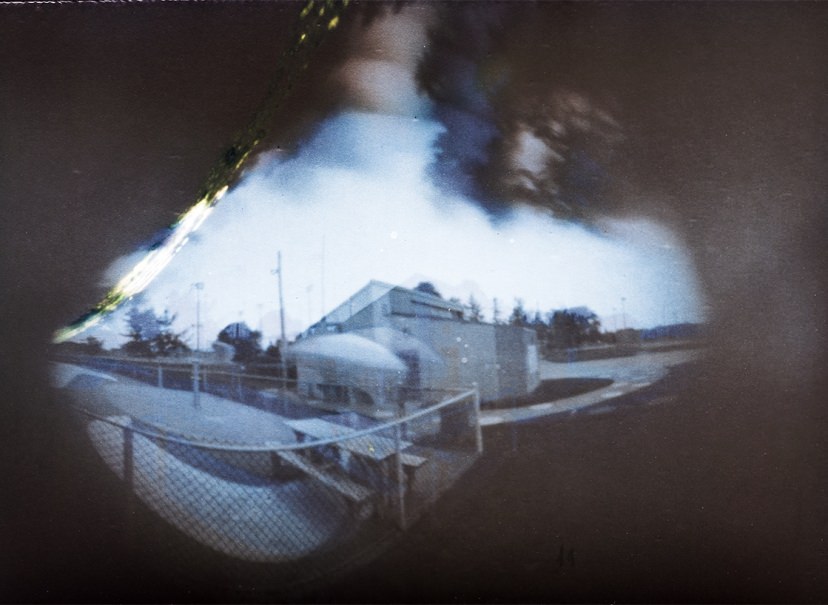 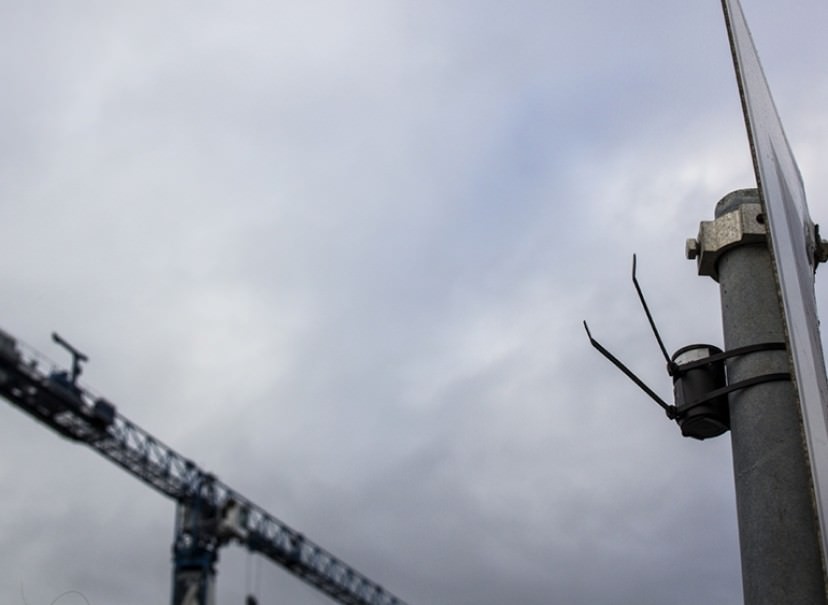 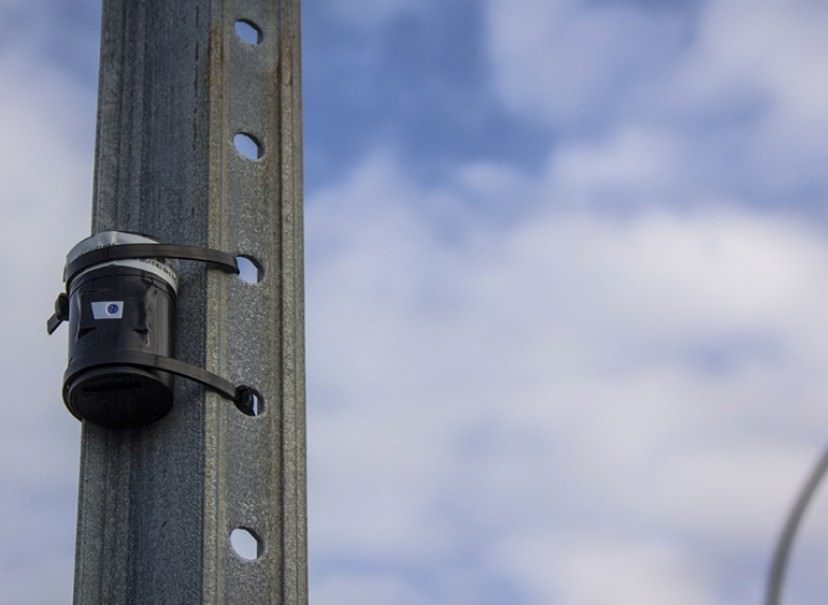 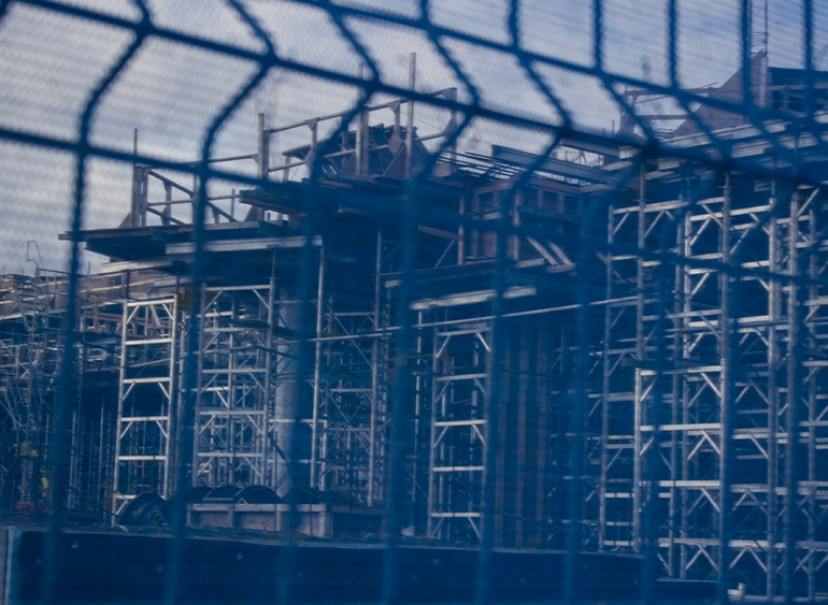 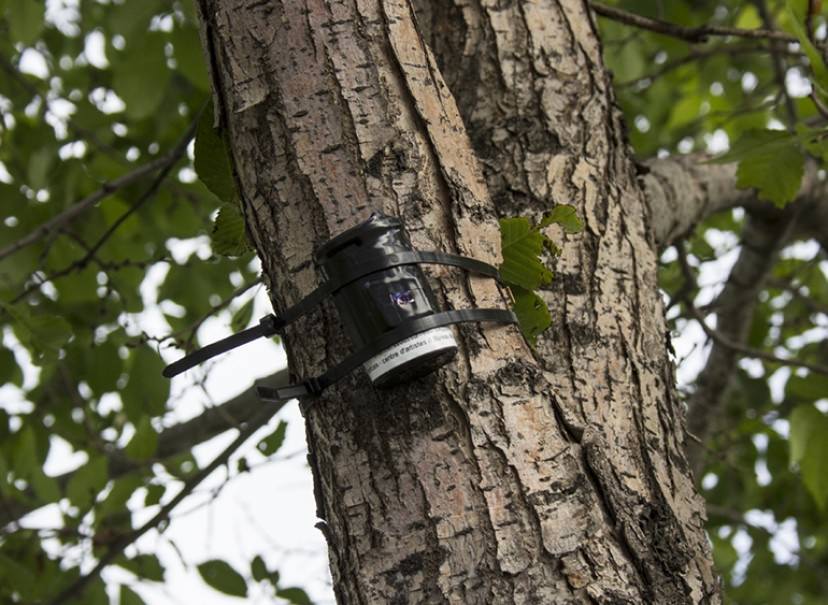 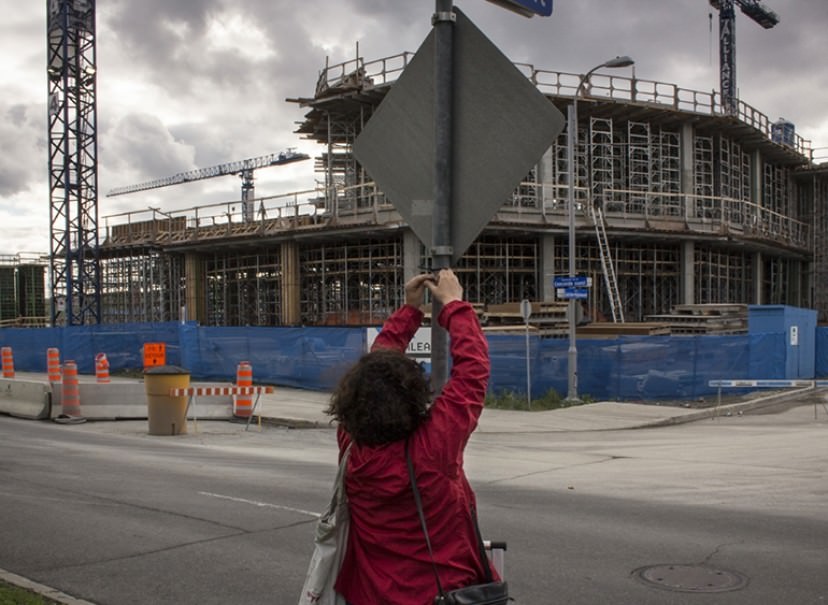 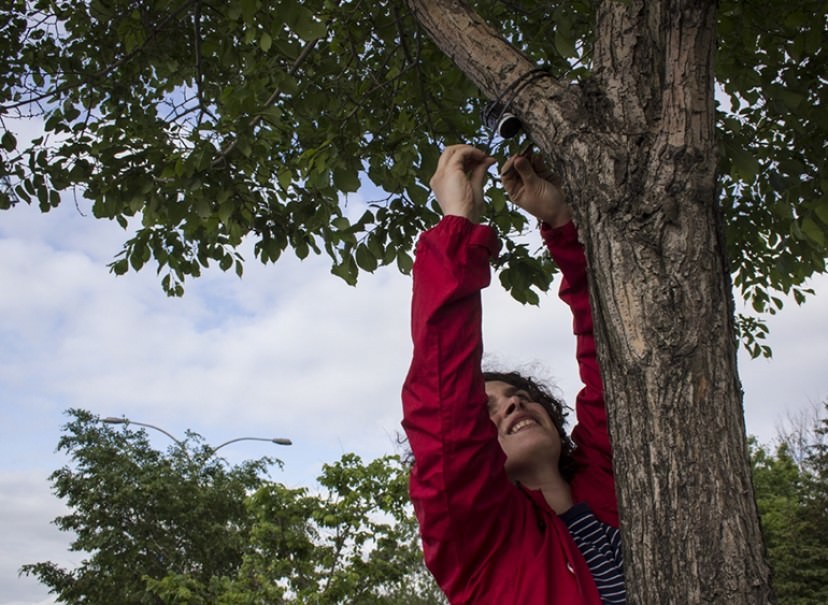 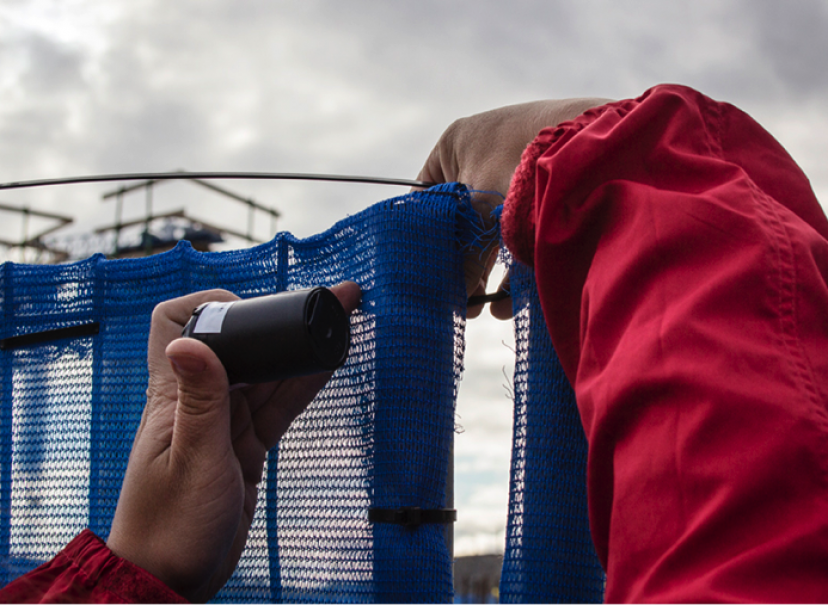 Location: adjacent to construction sites in Laval and Montreal.
Period: spring 2015 to the end of work.


DARE-DARE and Verticale — centre d’artistes join forces to produce a project by Janie Julien-Fort, Sites under Surveillance. The artist makes use of a technique called solargraphy—a photographic process requiring exposure times that often span several months. Attached to various landscape elements, at the mercy of the weather and attracting the curious, hundreds of small pinhole cameras scrutinize the outskirts of several construction sites. Serving as makeshift surveillance cameras, they are installed according to various project time lines, as published by the Cities of Laval and Montreal. The images obtained are rigorously indexed, mapped and documented before being disseminated online. The traces left by the sun’s trajectory leave streaks on the image, thus permitting to calculate the passage of time.

“I am interested in the specificities of photosensitive material within a context dominated by digital processes. My approach consists in appropriating dated and alternative techniques and making use of things like polaroids and pinhole cameras, which are basically rudimentary cameras manufactured with everyday objects with a small hole serving as a lens. The instability of the medium has great expressive potential to create fictional breaches in which past, present and future seem to converge.

The spatial aspect of my work is very important to me. As I often work on scalable projects that relate to time, they are never finalized and can go off on various tangents. An image can therefore be reprinted in a smaller format and reintegrated into a new installation or materials from a web project can wind up being reproduced in a larger format.”

Originally from Rouyn-Noranda, Janie Julien-Fort is currently based in Montreal. Following studies in photography, she obtained a Bachelor of Education and a Master of Visual and Media Arts from UQAM. In 2011, she completed an internship at the Le Fresnoy-Studio national des arts contemporains in France. Julien-Fort is also a recipient of the Fondation Sylvie et Simon Blais Award for Emerging Visual Artists (2012), the Charest-Wallot merit scholarship, the Excellence Fellowship from UQAM’s Fonds à l'Accessibilité et à la Réussite des Études (FARE) and research grants from the Conseil des arts et des lettres du Québec and the Fonds de recherche Société et culture. She has participated in several exhibitions and events throughout Canada and abroad, notably at the Palais de Tokyo, Paris; the KW Institute for Contemporary Art, Berlin within the framework of the ARTE Video Night; the Galerie Simon Blais; the Parisian Laundry; the Centre d'exposition de Val-d'Or; and at l’Écart—a contemporary art space. From 2013 to 2015, she has been a member of the Board of Directors of the artist centre, le Cabinet, espace de production photographique.

Translated from French to English by Nils Lövgren