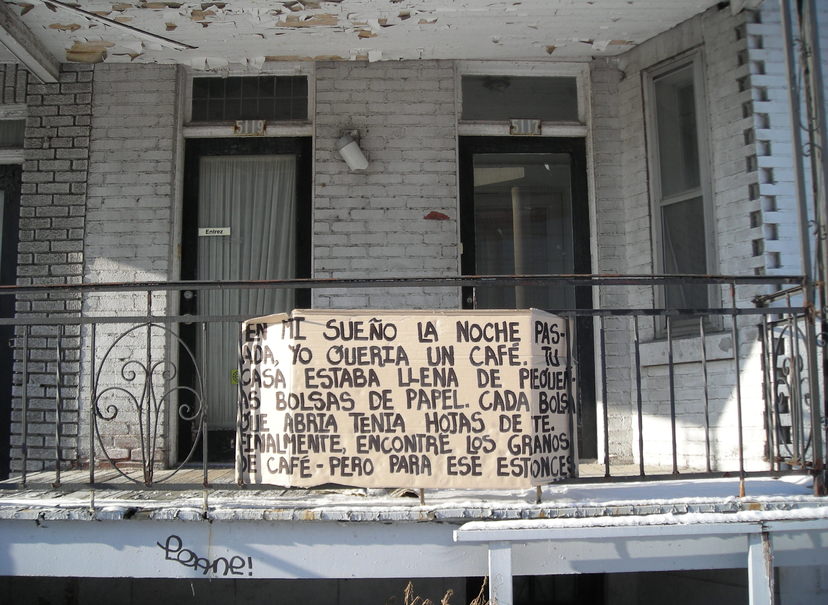 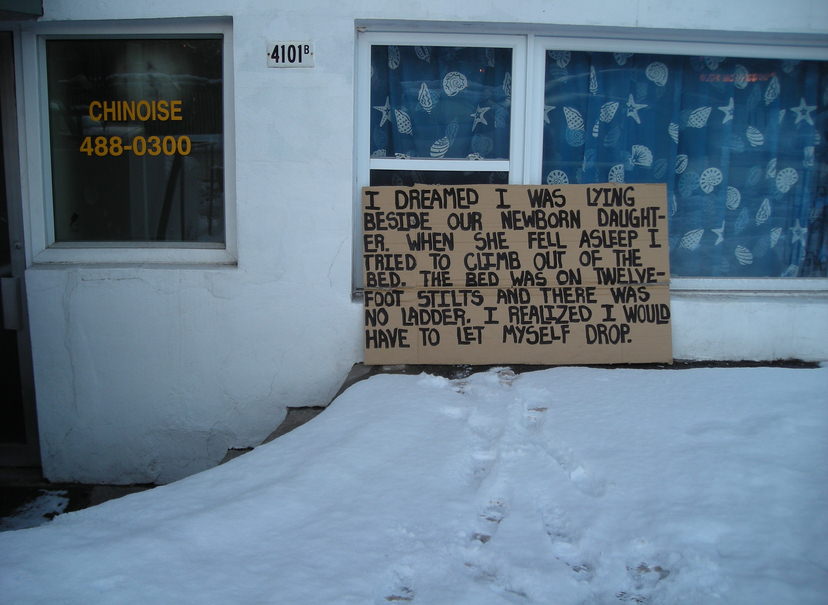 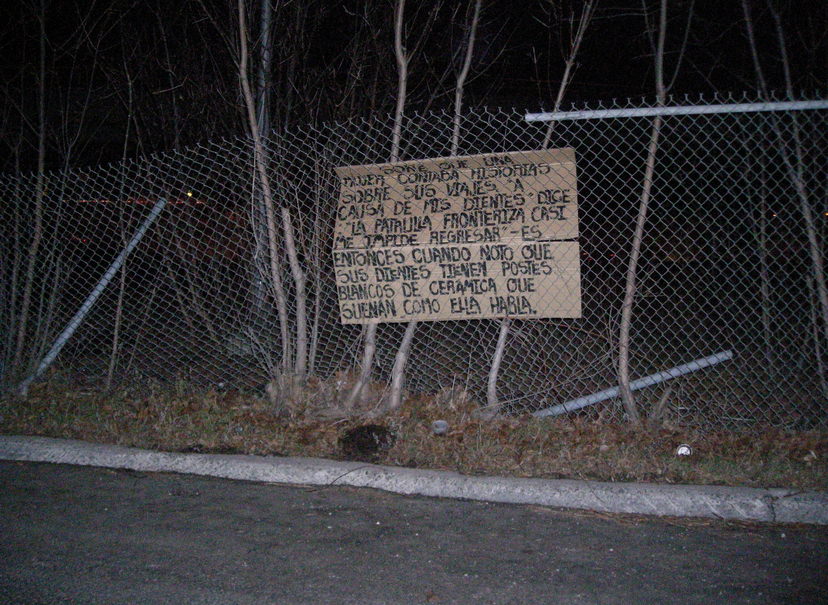 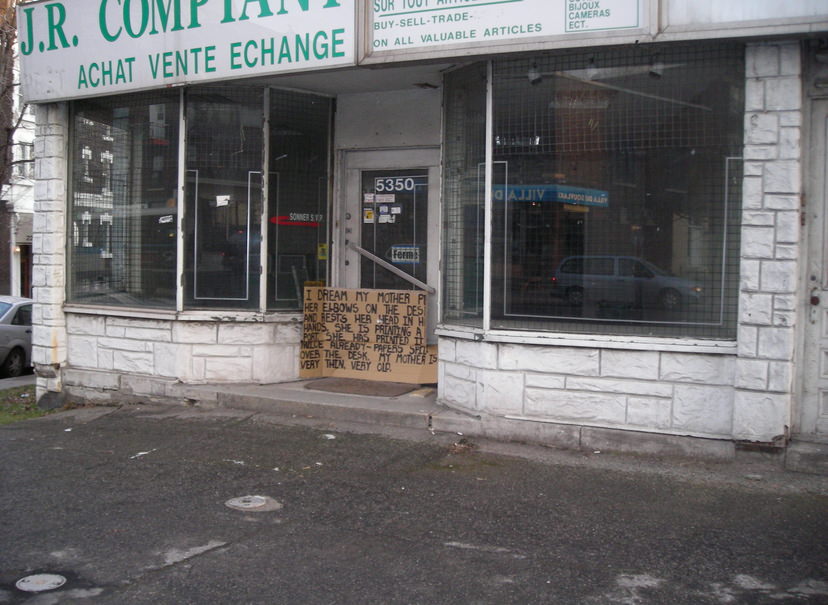 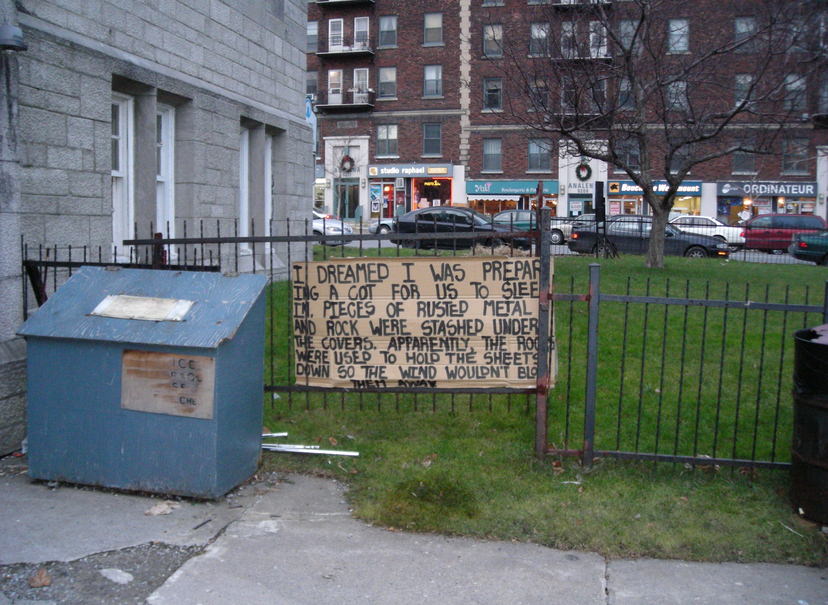 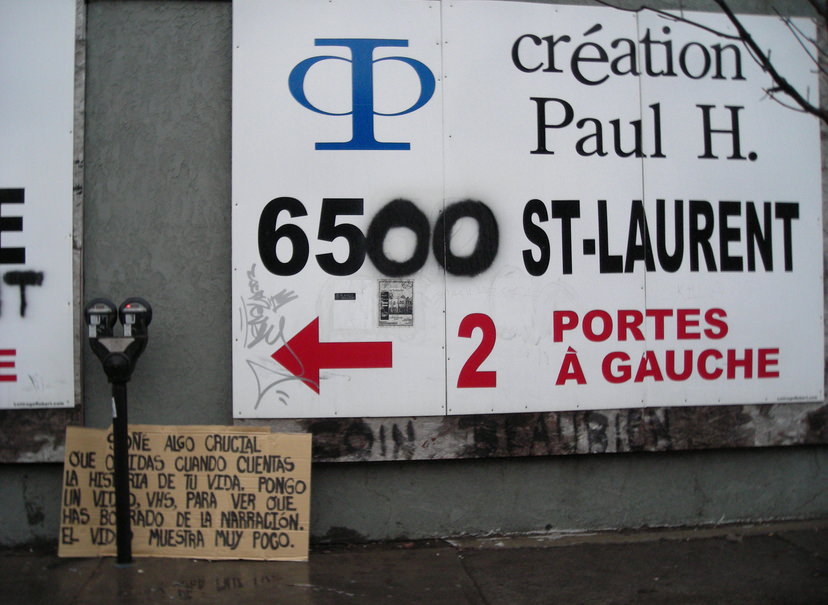 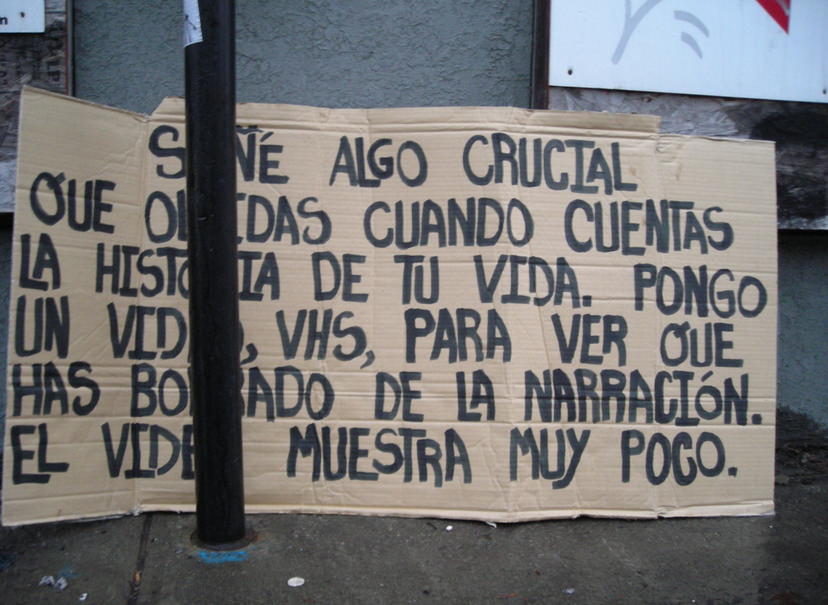 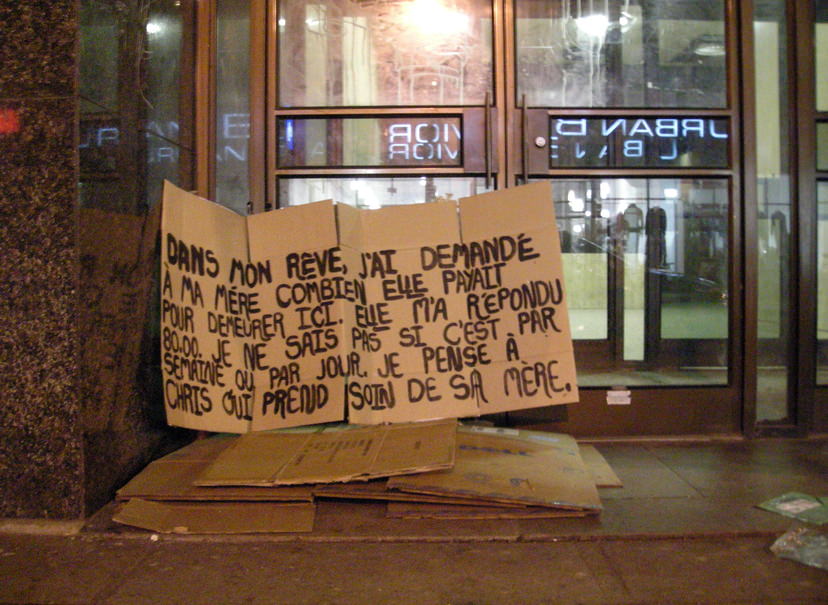 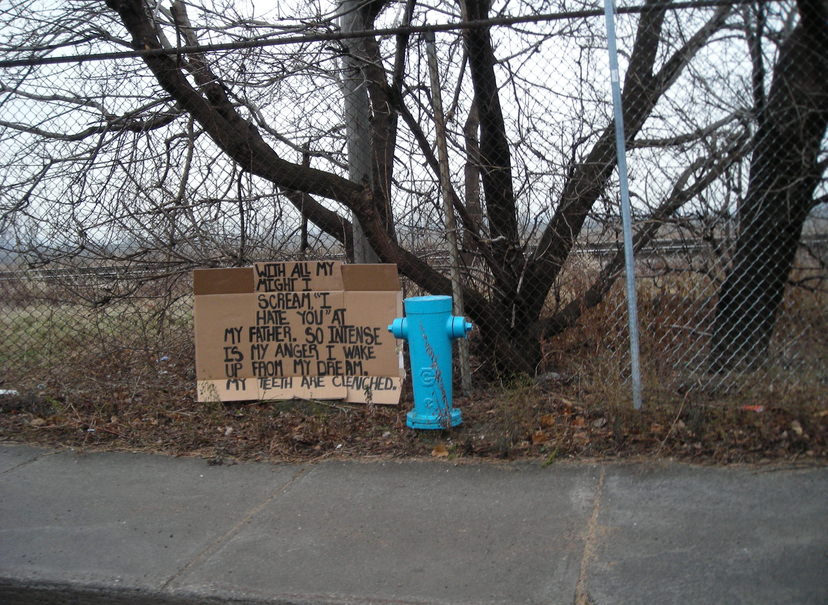 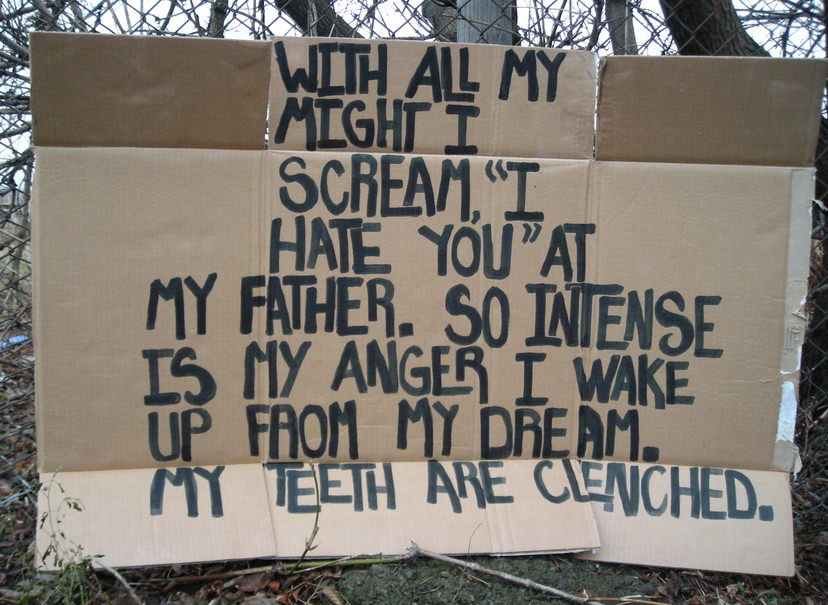 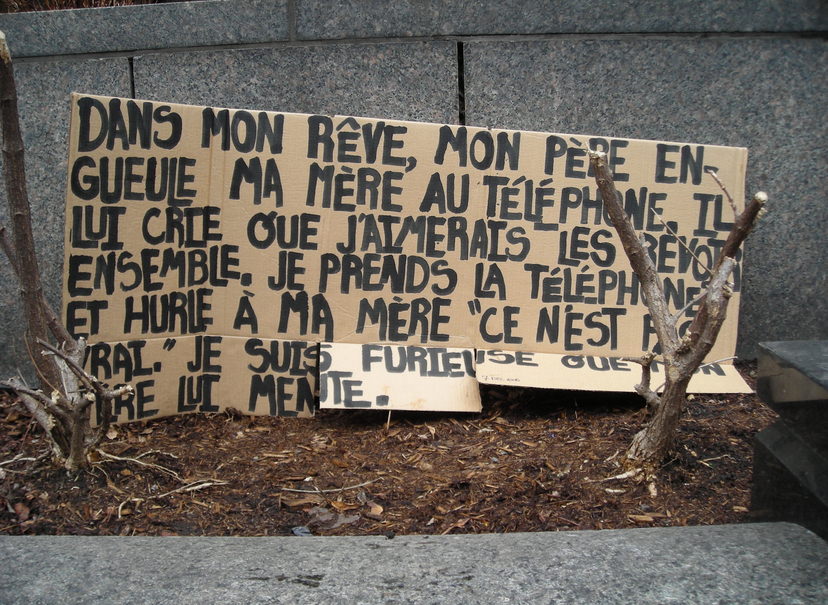 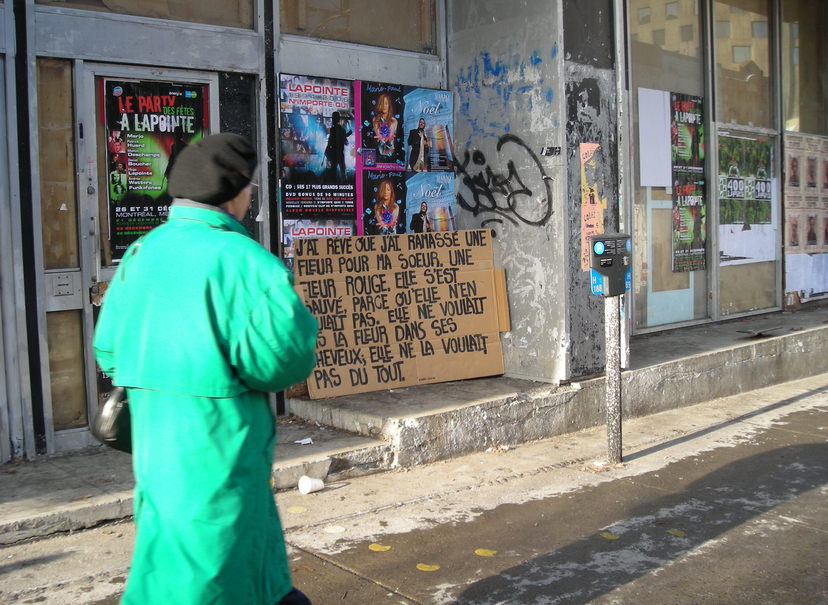 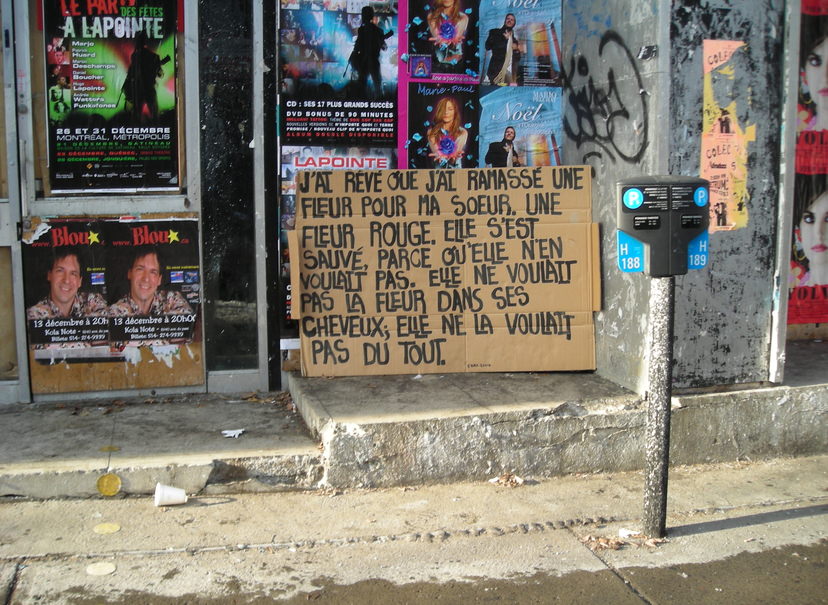 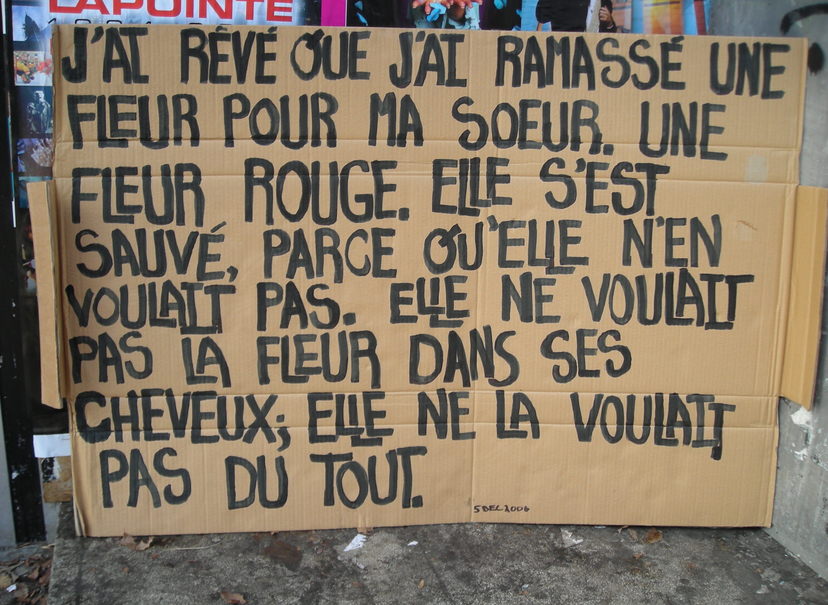 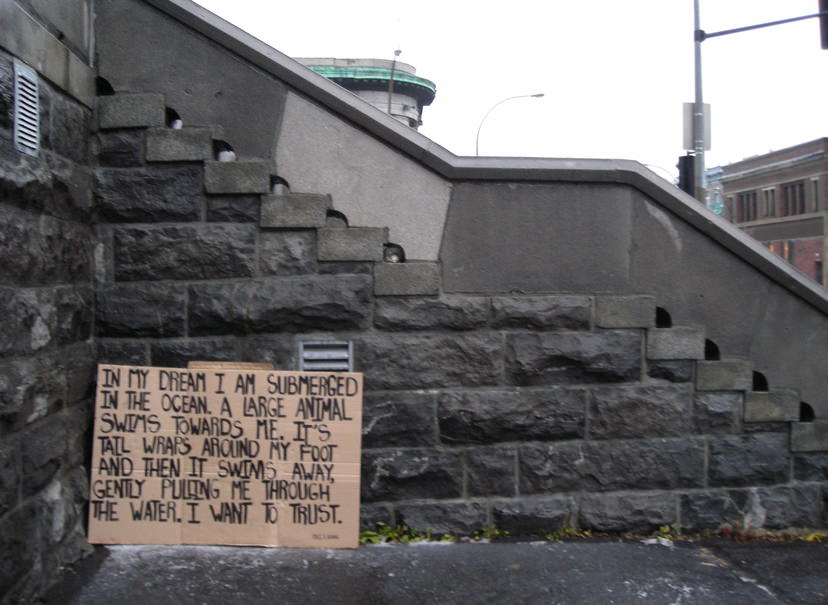 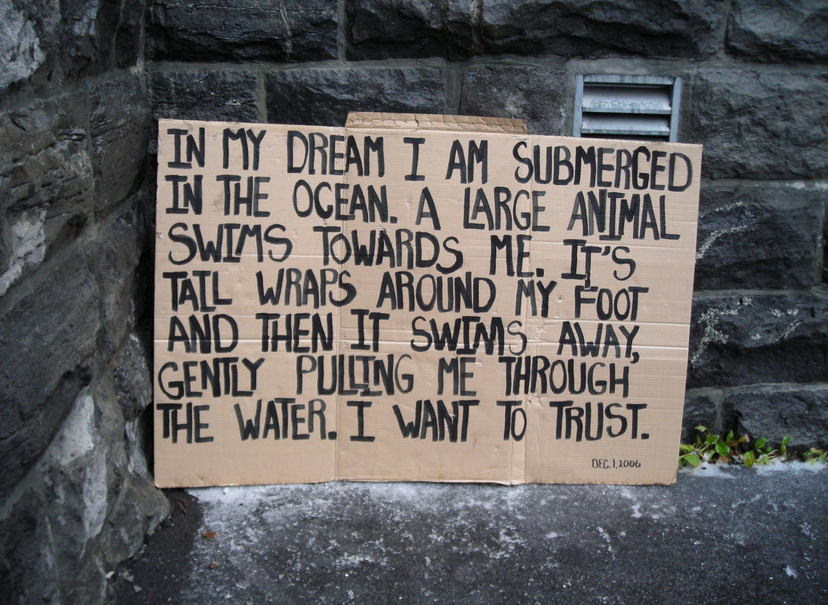 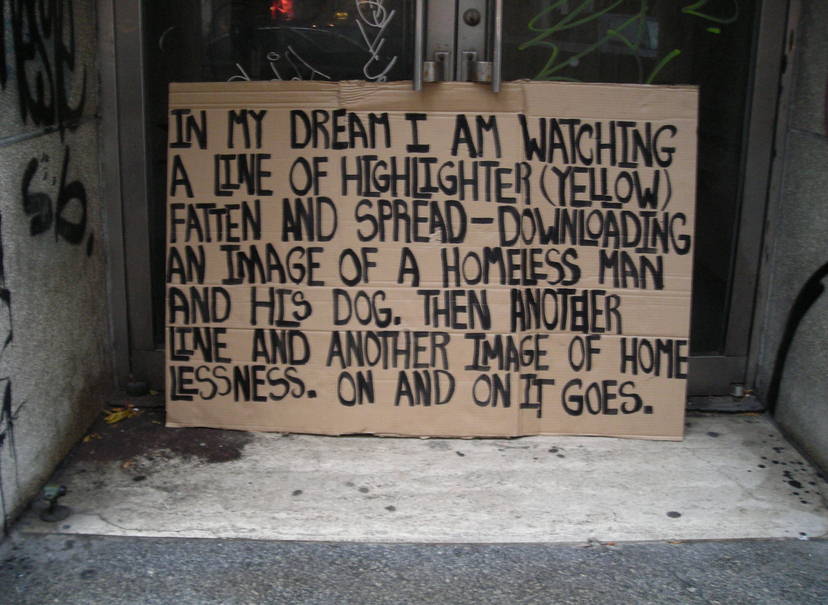 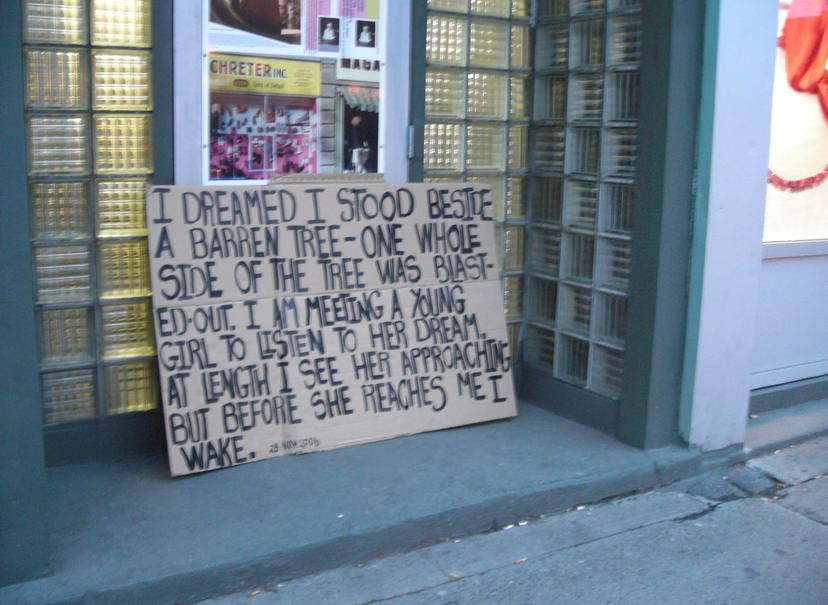 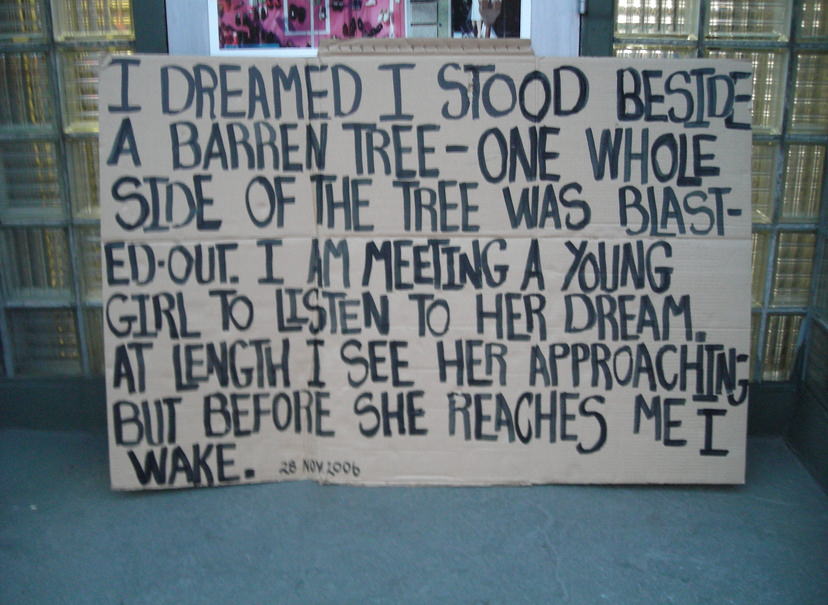 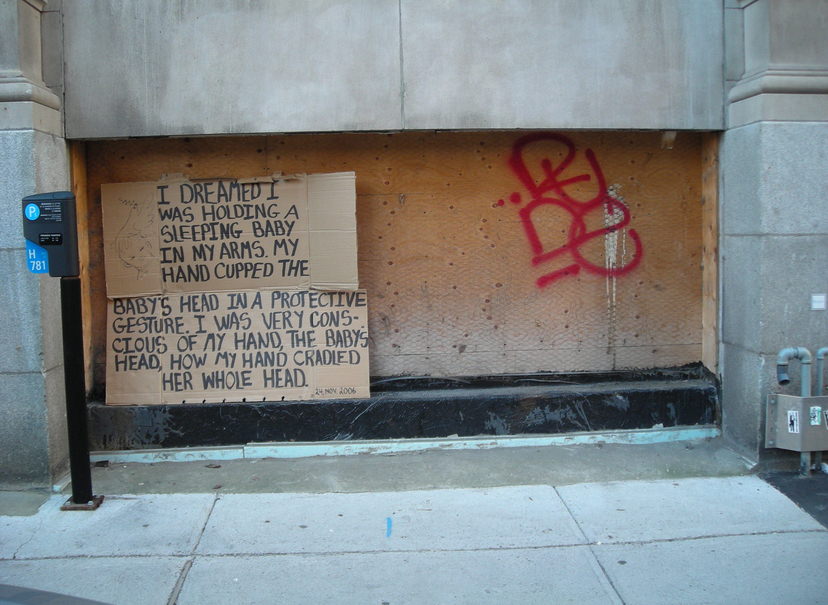 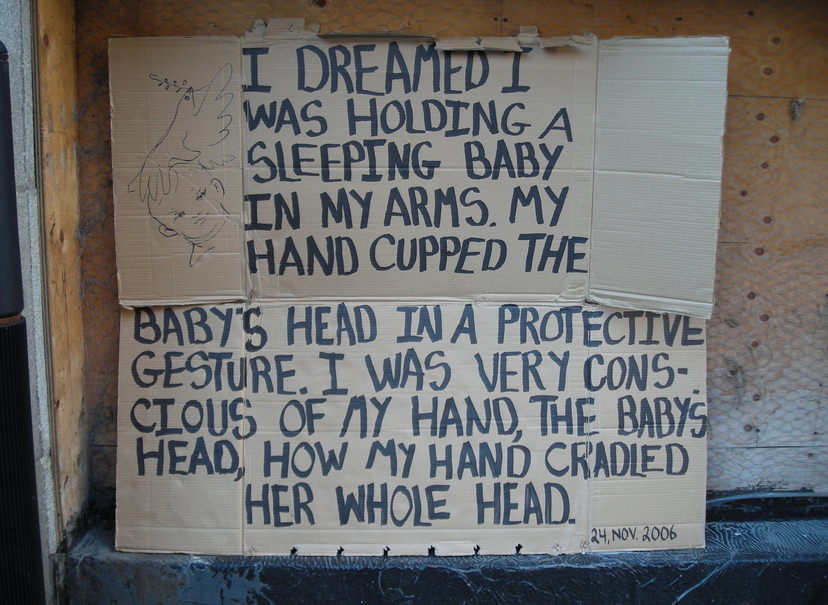 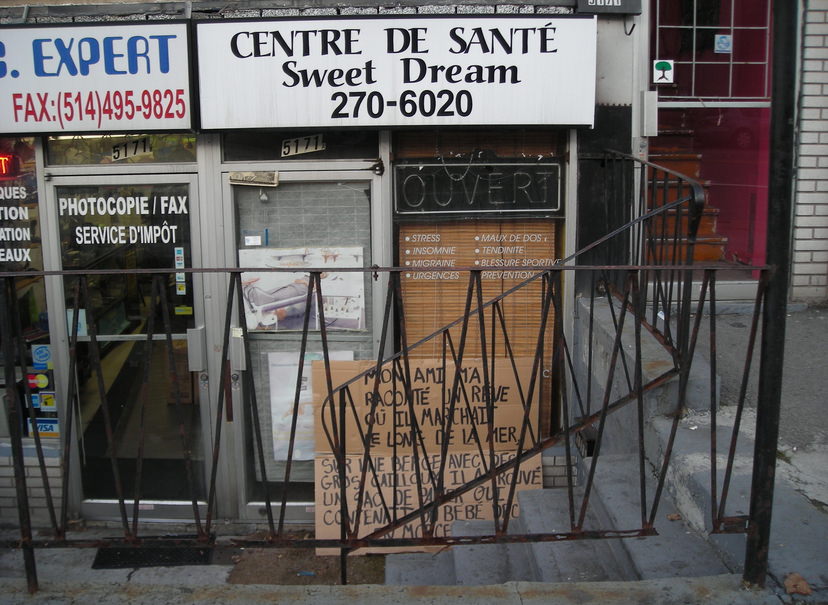 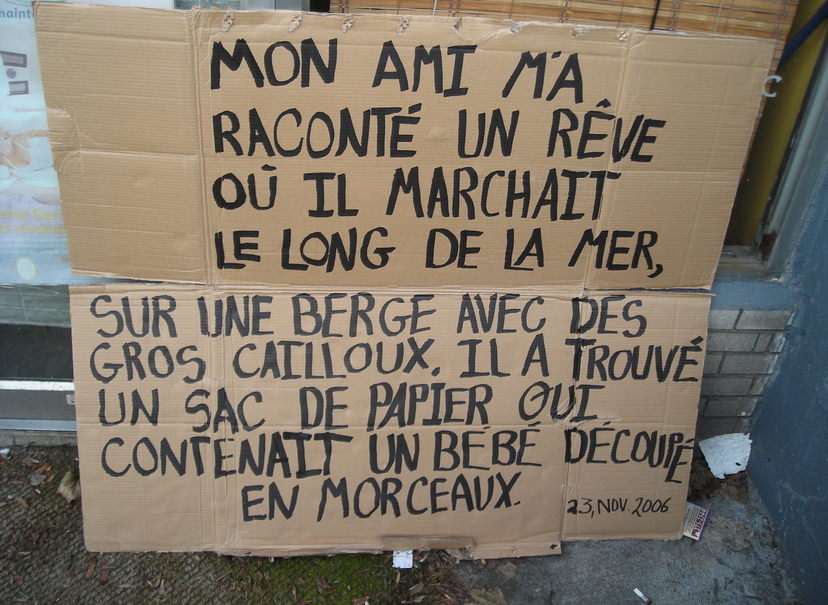 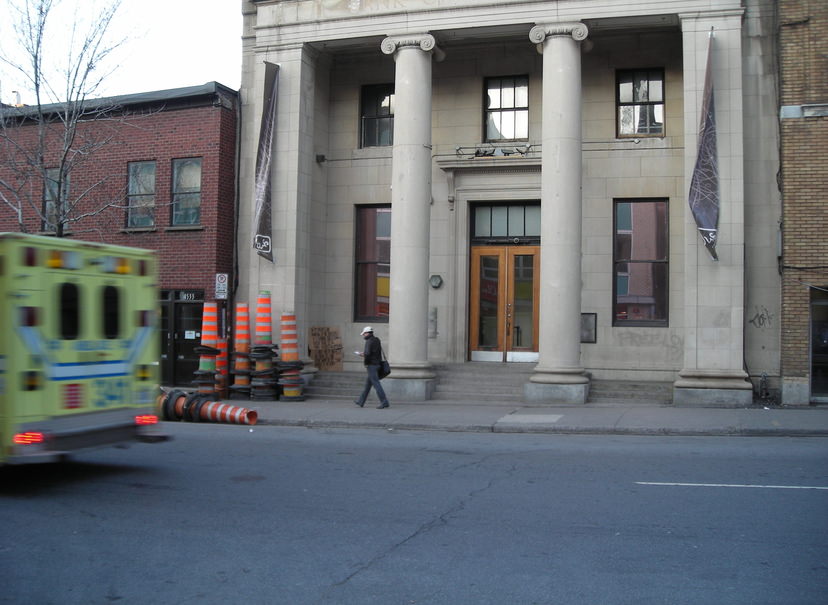 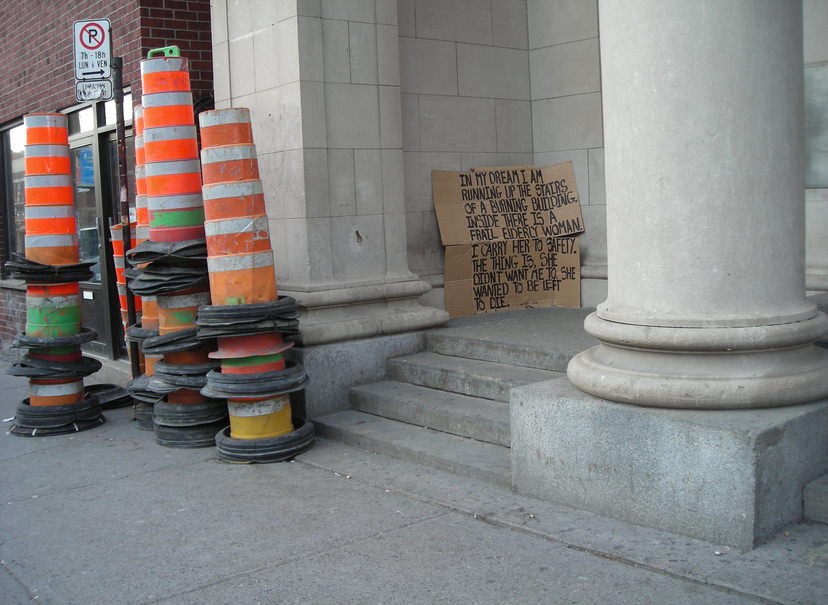 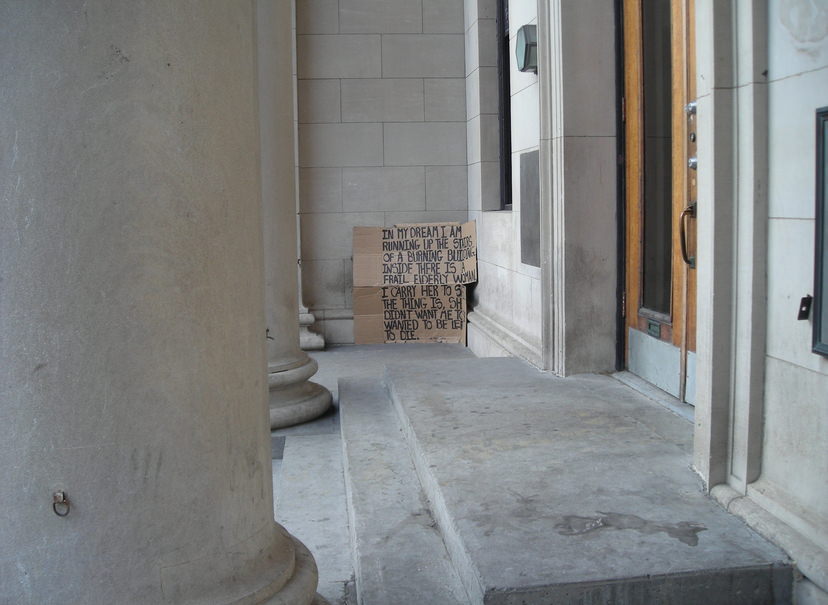 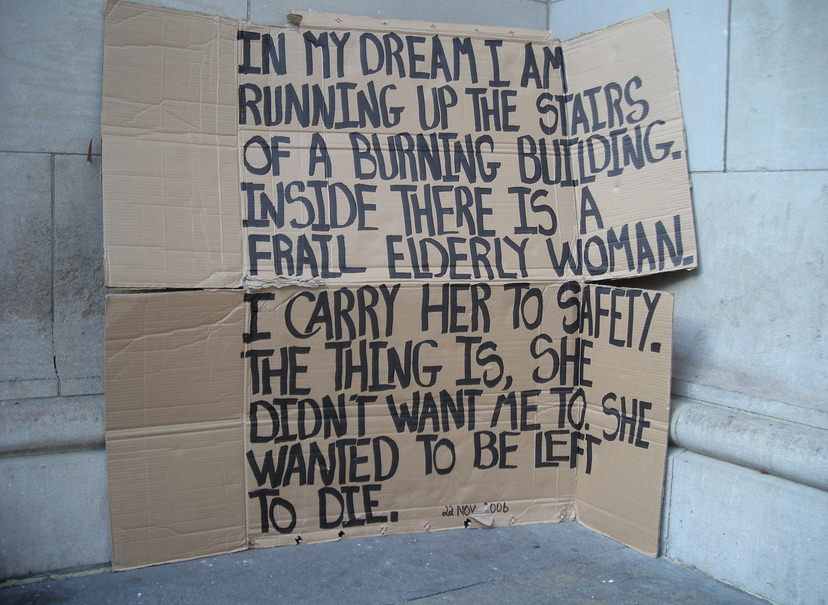 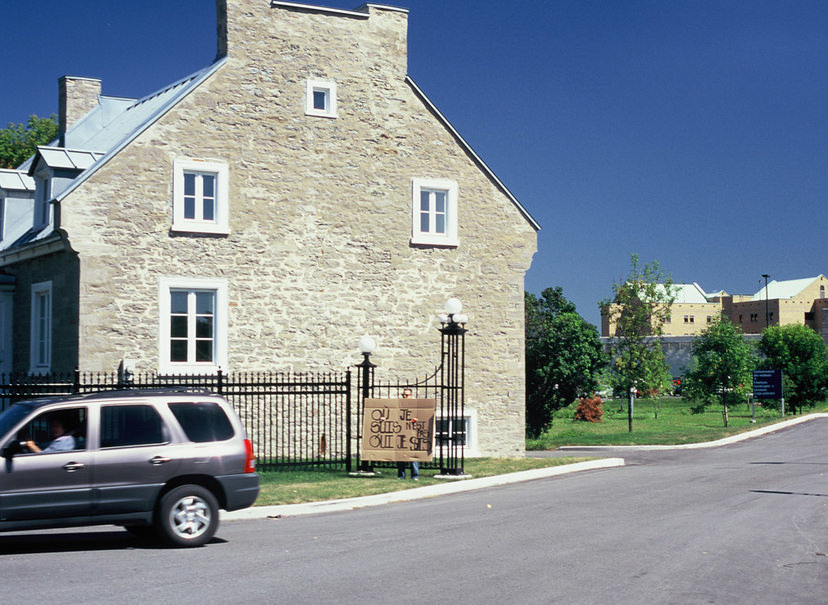 dream listener: An audiobook in three movements
october 19, 2007
18h to 23h
at the park with no name

Donations collected during the evening will be donated to St. James Day Center.

The audiobook is the fascinating story of Dream listener, a public art project by Karen Spencer in collaboration with the Montreal Urban Research Center (CRUM), Homeless Nation and the St. James Day Center. The Dream listener project is a mobile intervention that takes place on the street over a period of one year; Initiated on November 25, 2006, it will end on November 25. For a year, Karen Spencer took to the streets with cardboard signs on which her dreams were written. Then follows a dialogue with the people of the street, offering the opportunity to enter the dream world of others. She asked the audience, " Have you dreamed last night? Tell me your dream. "

We are all beautiful dreamers.

Since the intervention takes place in the street and because the cardboard used to communicate the dreams is recycled, a direct relationship is established between the actions and the people who live in the street. Karen has also spent the year building relationships with people at St. James Day Center in Montreal, where those at risk come from because of one or a combination of homelessness, mental illness, substance abuse, personality disorders or intellectual disability. The presentations took place in Montreal, Chicoutimi and North Bay, Ontario, where she shared, compiled and listened to dreams.

Following the ideas of Karen Spencer, the Montreal Urban Research Center has created an audio composition as part of Dream listener.

dream listener: an audiobook in three movements combines excerpts of dreams collected by Karen with narrations of encounters with street people during the project. At the same time poignant, surreal, comical and revealing, this audio book is as much a document of Karen's experience as an original work. The disc will be available at the launch event - a donation of $ 10 is suggested; all profits will be donated to the St. James Center.

" As part of my artistic research, I begin to deepen my understanding of the ephemeral nature of everyday experiences and to re-situate them in space and time. Specifically, I seek to subvert activities and spaces that are given a low exchange rate. I have always worked in spheres where the withdrawal of a secure social position is discussed. The expect nothing (2000) rooming house was based on a precarious report on homelessness; ramblin 'man (2001) did not seek to occupy any space; loitererin '(2003) took place in a delicate relationship with the territory; and metro rider (2004) was in constant motion. With Dream listener, I continue this exploration. "

Karen Spencer (Montreal) holds a Master of Arts degree from UQAM. She has presented her work many times in Quebec, Canada, Finland, Yugoslavia, Italy and France. The Montreal Urban Research Center is an artist collective that wants to explore and develop links between art and urban space. Current members of the CRUM are Chris Carrière, Matt Killen, Alexandra McIntosh, Doug Scholes and Felicity Tayler.

Additional Information:
Project blog Karen Spencer (you will find many pictures).
dreamlistener.wordpress.com
The Centre de jour St-James www.stjamescentre.ca
Homeless Nation is the only website created by and for homeless people in Canada. He wants to narrow the digital divide between the general public and the Canadian homeless population. homelessnation.org
everywhere in Quebec, visit the 18e Nuit des sans-abri

Thanks to ATSA - États d'urgence 21-25 November