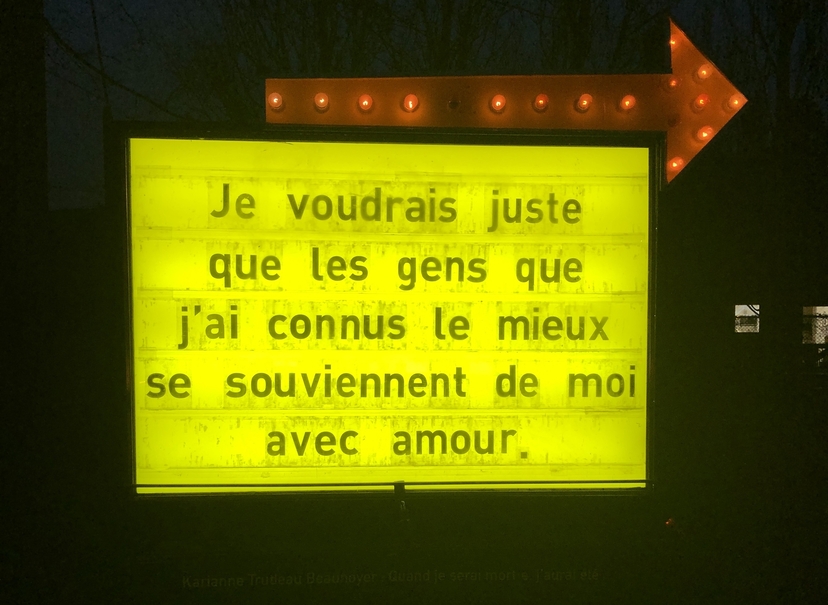 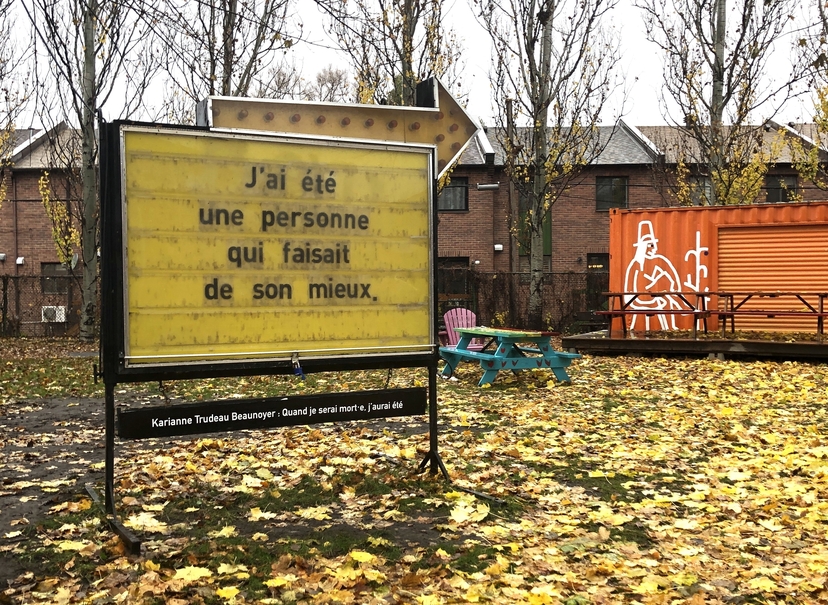 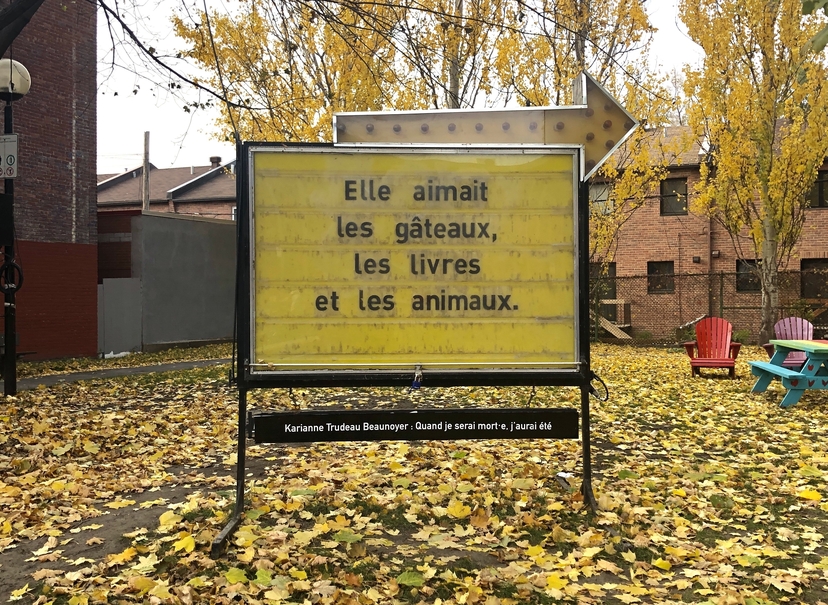 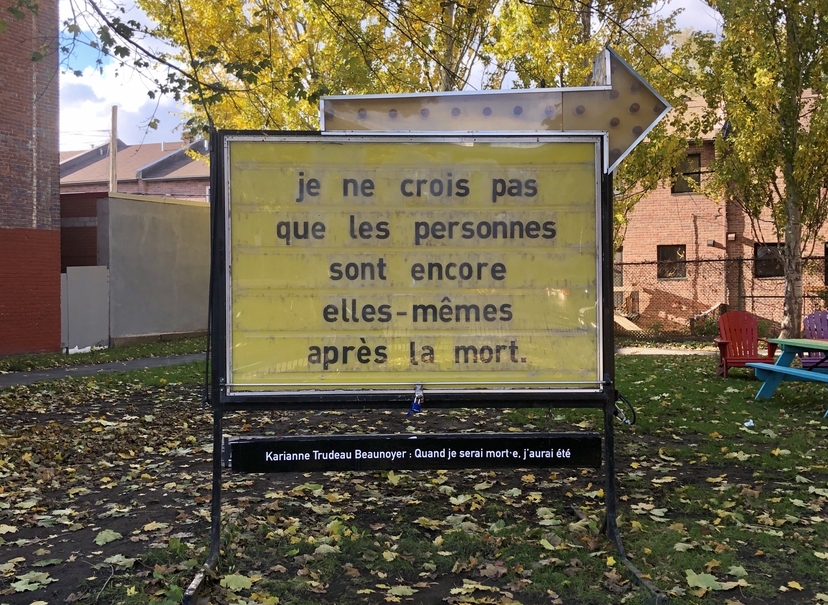 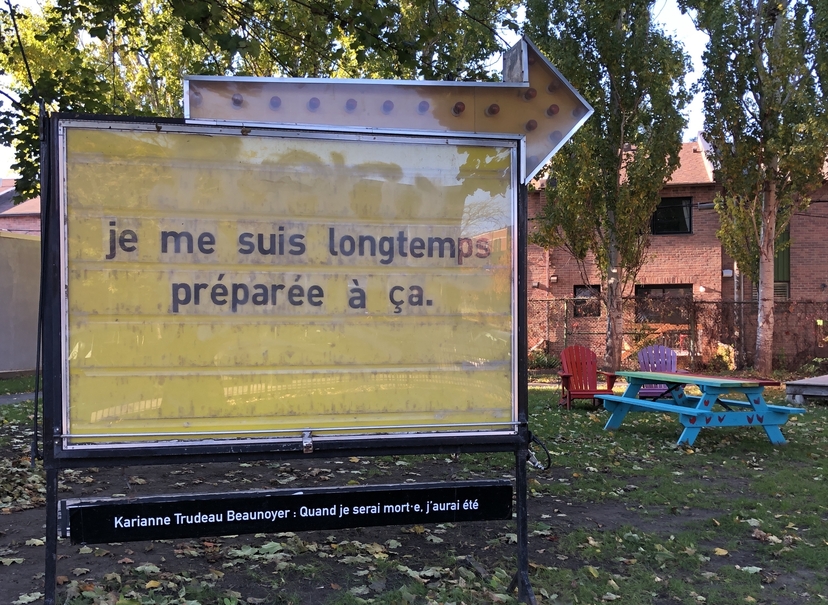 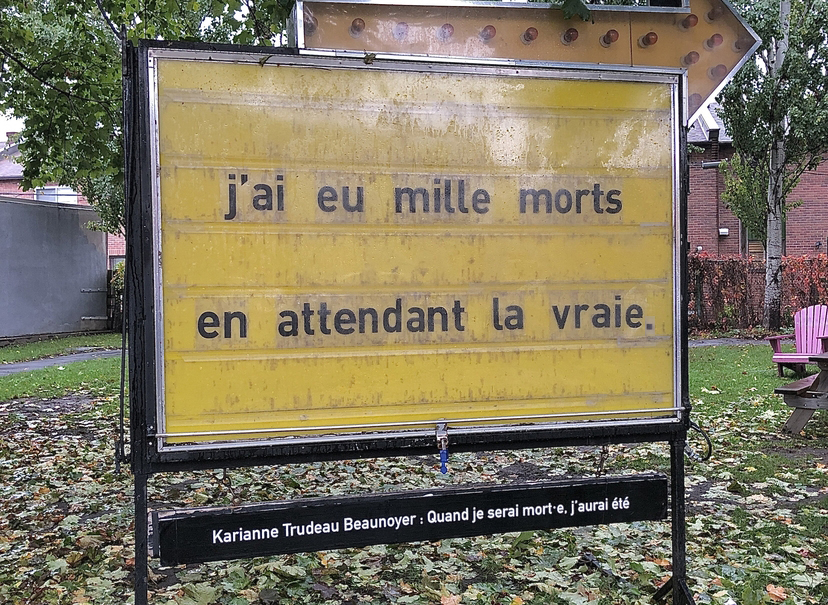 I have never died except of laughter, boredom, hunger, anguish, cold, shame, thirst, fatigue, despair, pleasure. I have never died, but I have been afraid, I have sometimes looked forward to it, I have thought about it, about death, I have dreaded it, I have looked for it, I have run away from it like the mouse from the cat. I know that it will catch up with me. When I die, I will have been a daughter, a friend, a godmother, I will have been in love, I will have been. The future tense, which marks the completed aspect of a future event at a given moment, is used to situate an event that occurs before another in the future.

The French artist Christian Boltanski evokes his dead with only their dates of birth and death (Mes Morts, 2002), as if a entire life is contained in this dash between two years, a bit like the epitaph summarizes the life of a deceased person in a few words. The epitaph is an imprint, a trace. It is both the inscription and the stone tablet that receives it. In ancient Greece, it is a literary genre, an ancient eulogy. Today it is mostly the inscription that simply identifies the person who occupies a grave. Not everyone has one.

The relationship that people have with death, especially with their own, makes me wonder: does it influence the way they lead their lives? I sent a questionnaire to about fifteen creators in my circle, inviting them to reflect on the place that a certain thought of death occupies in their lives and in their artistic or writing process. I drew the twelve sentences of this residency from their answers, in order to make of the billboard sign, during my weeks of creation, a kind of false anticipatory tomb, an ante mortem inscription of the ambitions, fears or desires of twelve lives condensed, translated, in the epitaphs displayed.

ARTISTIC STATEMENT
Rather than being torn between research and creation, I try to lead both in the same movement, the same gesture, of reading-writing.

Karianne Trudeau Beaunoyer lives in Montreal, where she writes and teaches. She is the author of Je suis l'ennemie, published by Le Quartanier in 2020, and co-edited the book Se faire éclaté-e : expériences marginales et écritures de soi for the "Indiscipline" collection of the Groupe Nota bene. She holds a master's degree in research and literary creation, and is currently working on a doctorate on self-portrait in literature at the Université de Montréal. She was a member of the editorial board of the journal Mœbius from 2017 to 2019.